Join Blackburn with Darwen Food Alliance on Friday 19 October as young people from the school, along with support of Darwen Vale & Nightsafe, launch their #DarwengetsHangry campaign. 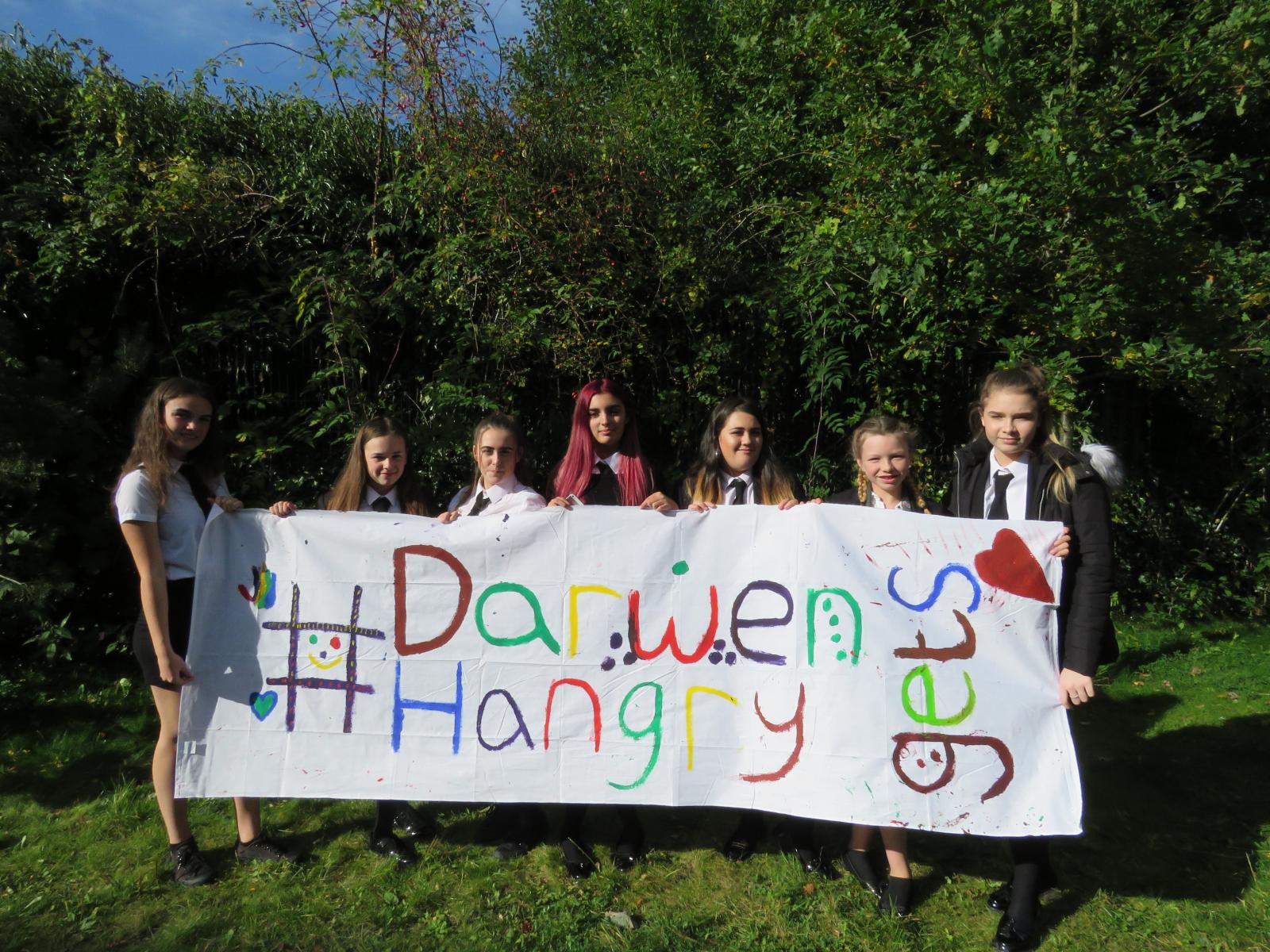 The day will feature speakers, including Lucy Antal of Feedback Global and young experts with lived experience of food poverty. There will also be workshops from Aaron Dunleavy, award winning local filmmaker and Matt Sowerby, End Hunger UK Poetry Challenge Winner, along with a performance of his winning poem ‘Breadlines’.

This will be an opportunity for all those interested in food and the wellbeing of young people, 40% of whom are growing up in child poverty in Blackburn with Darwen, to have conversations about what great food looks like, and how easy it is to get the food we like and want. What happens when young people become ‘hangry’ and what impact does this have on their lives? What can we all do to create a more fair and democratic food environment, in which everyone has choice and can thrive?

The campaign is a result of young people’s involvement as experts by experience in Food Power, a national programme which aims to tackle food poverty through people-powered change. Those involved have already contributed towards the Children’s Future Food Inquiry, along with numerous other local and national activities; later this month they will attend the End Hunger UK Conference in Westminster to share their experiences and have their views heard.

Watch members of Blackburn with Darwen Food Alliance featured on Channel 4 News speak about their experiences of food poverty on Universal Credit.

Ben Pearson, Food Power Empowerment Programme Officer, said, "Having worked with the group of young people now for the last ten months, I’m both humbled and incredibly proud of their achievements and growing confidence; it’s now really exciting to see them developing their own campaign.  Young people have a right to be angry, their adversities shouldn’t shape their lives but too often do; those most vulnerable too often disempowered.  I’m confident this campaign will empower young people, channelling their energy in a positive direction, amplifying their voices and raising awareness of the issues."

Gillian Beeley, from Together Lancashire, co-chairs the Eat Well strategy group for BwD Public Health Directorate, said, "Children have only one childhood, and we need to make sure that they are not affected by adult policies and choices to the extent that they go hungry and are malnourished."

The day will also see the official launch of Aaron Dunleavy’s short film which hears from young people about their experiences of Food Poverty. Following a screening at the End Hunger UK Conference on the 16th October, it will be shown both at the start of the day prior to speakers and workshops and also as part of Darwen International Arts & Film Festival which takes place at Darwen Aldridge Enterprise Studio 7-10pm on the same day.