With less than 150 days to go, the London 2012 catering team says they are on track to deliver the healthy, sustainable and diverse food promised in the London 2012 Food Vision. 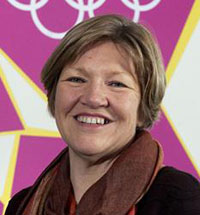 The Grocer magazine has this week carried a feature on the progress with preparations for serving 14 million meals to millions of spectators across 37 venues over 77 dizzying days of the London 2012 Olympic and Paralympic Games.

As The Grocer reports, the challenges are enormous: very stringent yet varied nutritional needs of 14,700 highly tuned athletes, and a London 2012 Food Vision that tasks the catering organisers with sourcing its produce in an ethical, inclusive, environmentally responsible manner. The aims are for food to be healthy, fairly priced and ensuring that London 2012 is an advertisement for the quality and diversity of Britain’s cuisine.

Head of Catering for London 2012, Jan Matthews, is interviewed by The Grocer, saying, “With less than 150 days to go, we are on track to deliver the vision,” she says. “In fact, it’s far ahead of anything we expected. I am absolutely delighted at how the industry has responded.”