New research finds companies, including Asda, Kellogg's, KFC and McDonald's, getting away with advertising foods high in fat, salt or sugar to children online. 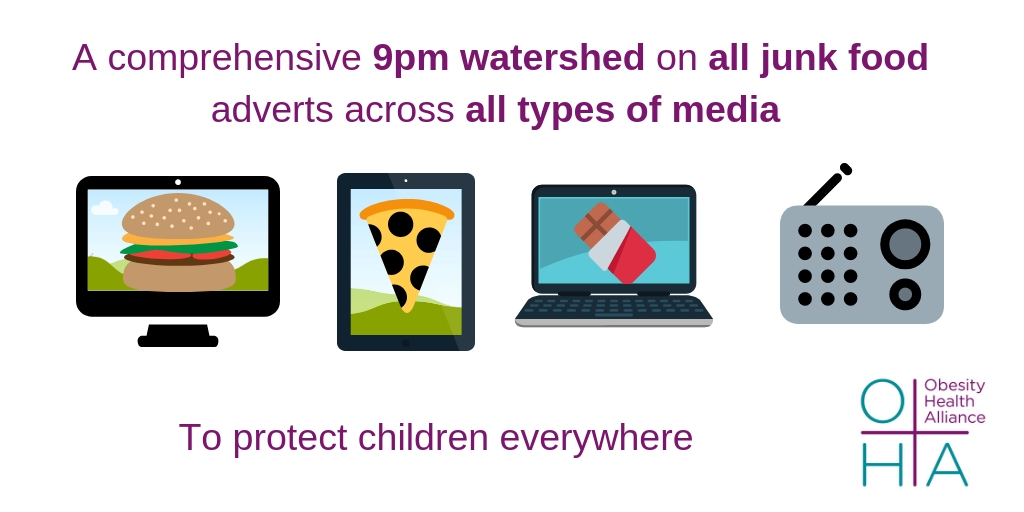 According to new research published on 6 June 2019 by the Advertising Standards Authority (ASA) and Committee for Advertising Practices (CAP), almost 1,000 adverts for foods high in fat, salt or sugar (HFSS) were served to researchers browsing websites using child avatars over a single two week period in late 2018. This is despite rules meant to protect children from online marketing of unhealthy food.

Eight brands (Asda, Kellogg's, KFC, KP Snacks, Lidl, Marks & Spencer, McDonald's and Pringles) have been admonished by the industry self-regulator following research in which child avatars were created to simulate child interests and behaviour online and test the robustness of the current rules.

Of 41,030 adverts seen by researchers using the child avatars in just two weeks:

"This research by the Advertising Standards Authority provides yet more evidence that current regulations have more loopholes in them than a box of Cheerios. That nearly 1,000 ads were found in just one two week period by a small number of child avatars shows that neither the current rules, or the systems designed to enforce them, are good enough. The government must now extend tighter advertising regulations, including a 9pm watershed on all foods high in fat, salt and sugar across all types of digital media and all channels. It's about time real penalties such as fines were imposed on any companies breaking the rules."

The Children's Food Campaign has been pointing to loopholes in rules that continue to allow junk food ads outside nurseries and children's centres, on YouTube channels known to be popular with children and teens. On 5 June, the ASA also published that it had not upheld a complaint lodged by the Children's Food Campaign on Cadbury's Secret Santa campaign despite agreeing that it was clearly an HFSS product ad and promotional offer, and that the creative direction of the advert would definitely have appeal for children.

Take Action Today!  Tell the Government you support a 9pm junk food ad watershed for all TV, online and digital media - use our e-action to send an email in response to the current Government consultation.

The Children's Food Campaign calls for

- A comprehensive 9pm watershed across all forms of digital media, without any exemptions or exceptions

- Equivalent restrictions for other types of outdoor, print media that would reduce child exposure to HFSS adverts, including reviewing the current 25% child audience threshold

- A ban on the use of licenced and brand mascot child-friendly cartoon characters on packaging of foods high in fat, salt or sugar, and closing of loopholes in existing CAP regulations that currently grant more freedoms to brand mascot characters to advertise.