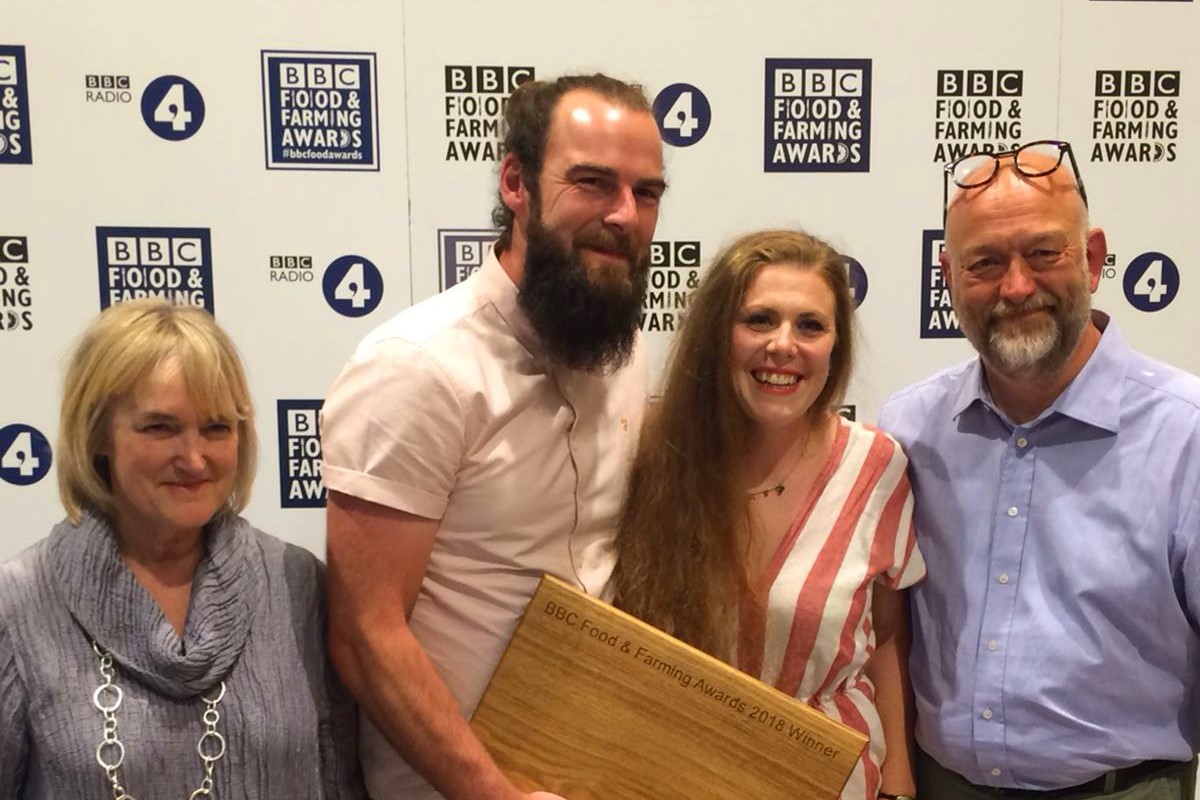 Caroline and Lucas from Peace and Loaf with Fiona Beckett and Tim Hayward, © BBC Food Programme

Having started by running a microbakery from home, Caroline and Lucas Hogg moved Peace and Loaf Bakehouse to Barrow Market in 2015, where it was selected as Best Shop. During their target-smashing crowdfunding campaign to buy a new oven, they wrote: “We were both brought up on Walney so opening up in Barrow town centre was important to us. We believe Barrow deserves nice things and sometimes you have to make the nice things happen.”

Kimberley Bell’s Small Food Bakery in Nottingham was named Best Food Producer for its sourdough Real Bread, pizzas and pastries. In addition to running the bakery, Kim is a partner in The UK Grain Lab. This new collaborative initiative between farmers, millers, bakers, brewers, chefs and researchers has been set up ‘to work along the supply chain and across food and farming networks to make innovative, diverse, nutritious and flavoursome grains available to all.’

Hosting the awards ceremony on 13 June, BBC Radio 4’s The Food Programme presenter and BBC Food and Farming Awards judge Sheila Dillon said: “What was incredible to see was the power of our daily bread…we had two, small bakeries win this year, who both care about quality bread and sharing this with their communities. At the root of it all is passion for good food that is accessible to everyone.”

The bakeries join a long line of Real Bread winners, including:

The Real Bread Campaign itself was a finalist for the Derek Cooper Award in 2012.