New report on the unacceptable costs of growing chicken consumption

Chicken is often seen as an affordable source of protein and has been recommended by some as a good choice for health and the environment instead of red meat. A new report by the Eating Better alliance shows how recommending this switch is causing real and often hidden costs. 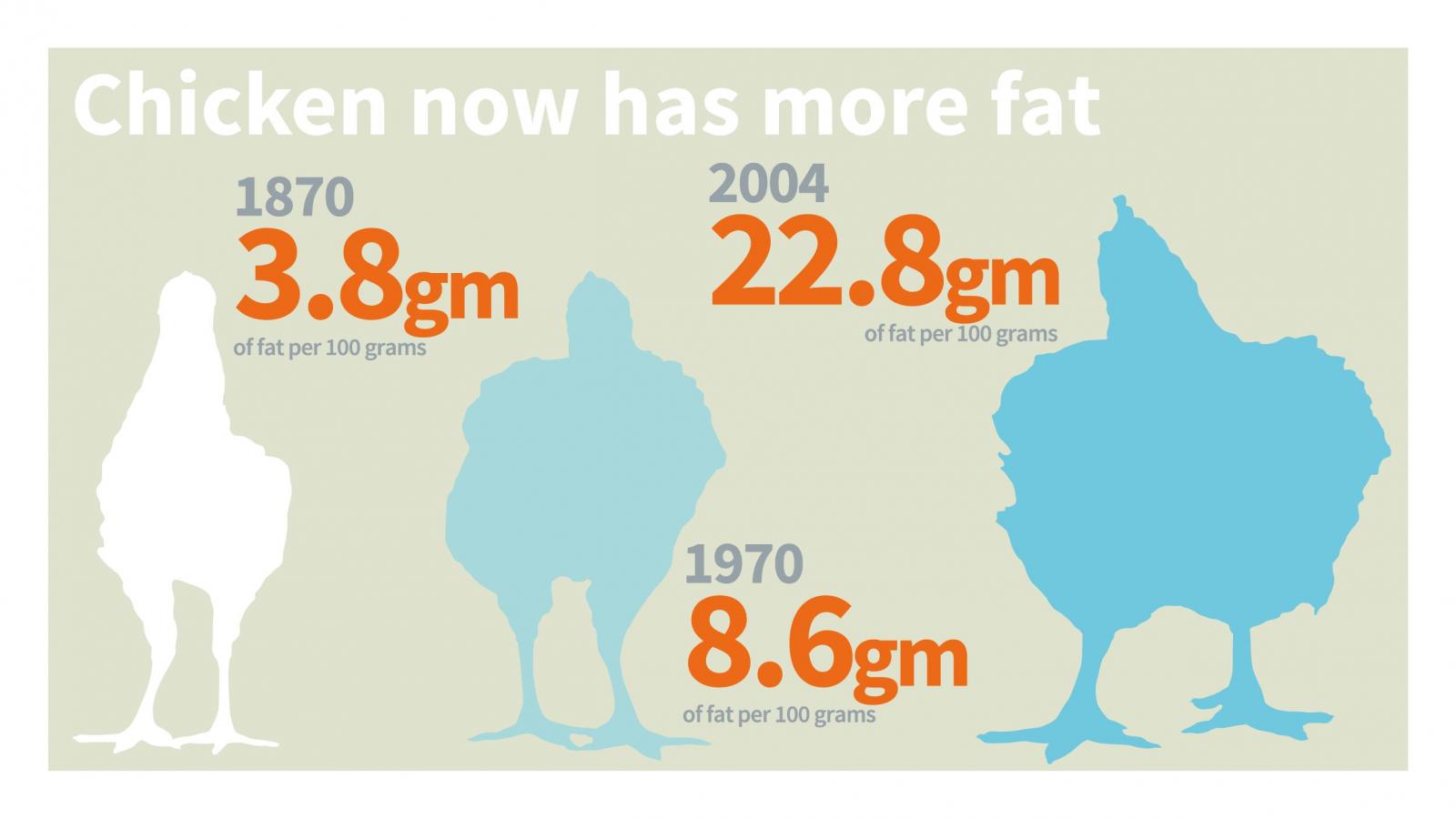 The report called ‘We need to talk about chicken,’ shows that poultry overtook red meat sales for the first time in 2017 and now accounts for over 50% of meat consumption. 850 million chickens are reared for meat in the UK each year. Concerningly, 95% of this is in intensive indoor units.

Chicken has been touted as a healthy and sustainable meat, but it has serious trade-offs that are multiplied many times due to the vast amount of chicken produced. Our growing appetite for chicken accelerates climate change though deforestation to supply huge amounts of soy, a major part of the modern-day chicken’s diet.

Martin Lines, UK Chair of the Nature Friendly Farming Network has said: ‘As we see the public being encouraged to move from red meat to white meat we must look closely at the environmental and climate footprint of the animal feed inputs coming from around the world.

The UK imports around 3 million tonnes of soy annually, almost 60% of which is used by the poultry industry. Its production is a major driver of deforestation and land-use change in South America. Over half of the soy used to feed poultry in the UK is not certified deforestation free.

Shirley Cramer, Chief Executive of the Royal Society for Public Health says: ‘We know that for human and planetary health we should all be eating less and better meat and more plants, yet our chicken consumption has been increasing as a substitute for red meat. We need to get the message out that chickens today have over twice the amount of fat of chickens consumed in 1970 and have fewer essential nutrients, they are not the answer.’

The report also highlights other, often hidden, costs of modern chicken production for consumers, farmers, the environment and animals, with over 27% of UK chickens having levels of lameness that are likely to be painful.

Simon Billing, Executive Director of Eating Better has said: ‘Now feels like a crossroads for UK agriculture alongside the climate and biodiversity crises. We need to call out that further growth of chicken production is not a health or sustainability solution. There is a need to support nature friendly farming, with less and better meat, that restores our soils, regenerates nature and provides good rural jobs.’

Eating Better - an alliance of over 60 civil society organisations - is accelerating action for less and better meat and dairy for health, environment, animal welfare and social justice. We inspire and equip people, business and government, so that we can all eat better. www.eating-better.org.