Kellogg’s have taken the Government to court over the cereal manufacturer’s opposition to the Nutrient Profile Model which is used to assess the healthiness of products. The NPM is used as a basis for many Government health policies including those restricting the promotion of products that fail to meet the threshold. 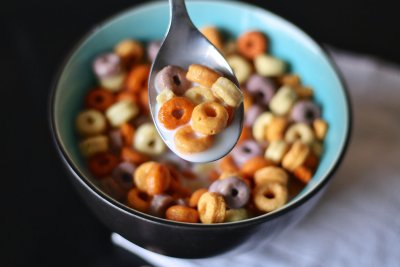 In the latest attempt by Kellogg’s to challenge Government’s attempts to tackle obesity, the company claim that their products should not be judged on their ingredients alone, but by what consumers might choose to add to it, such as milk, which would help improve their healthy rating in the NPM.

“If Kellogg’s genuinely supports the Government’s obesity strategy, then it would not be adopting this course of action but instead getting behind plans designed to make healthier food and drink more available and affordable. It is perfectly correct for the nutrient profile model to assess breakfast cereals on the basis of what is actually in the packet as sold, and not what people choose to add to their breakfast, whether that is milk, yoghurt, juice, fruit or nothing at all. What they propose seems not just perverse but also unworkable in practice. We’re dismayed that a household name company should choose to deploy these diversionary, delaying tactics whilst we’re all in the midst of a cost of living crisis and a worryingly sharp increase in childhood obesity levels, and when we should be working together to create a healthier, nutritious environment for children and families.”

"This is a blatant attempt by a multinational food company to wriggle out of vital new regulations that will limit their ability to profit from marketing their unhealthy products. It's shocking that a company like Kellogg's would sue the government over its plans to help people be healthier rather than investing in removing sugar from their cereals."

"Kellogg's wants to continue to heavily promote sugary cereals so they've decided to take the government to court on an absurd claim around its new regulations. Commercial greed trumps social value. It’s a very short sighted and destructive move. We already spend over £6bn a year treating obesity-related ill health and these costs are set to increase as obesity levels continue to rise. This is money we just can’t afford to be wasting whilst we’re in the middle of a cost-of-living crisis."

Read the full article about the court case on BBC News