In response to a Real Bread Campaign complaint, on 18 April 2018 the Advertising Standards Authority ruled that Pret A Manger advertising products as ‘natural’ is misleading. 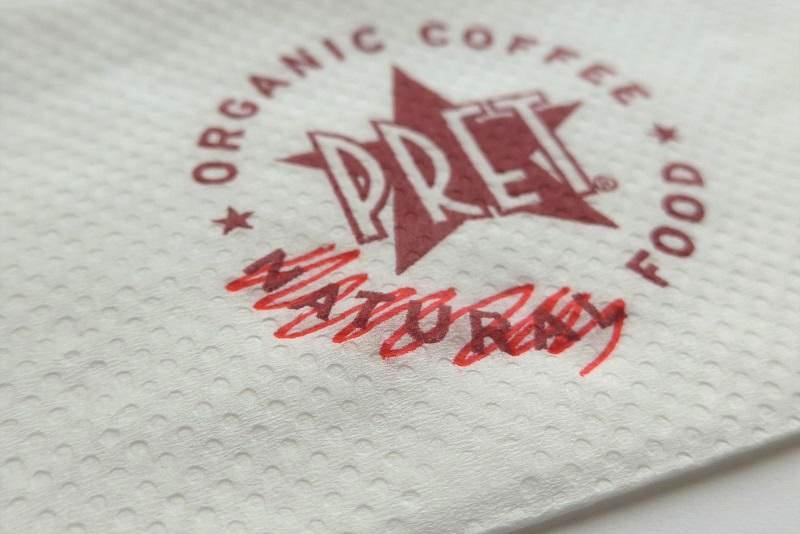 Publishing the findings of its 16 month investigation (ref A16-367959), the ASA concluded that: “because ads stated Pret A Manger’s food was ‘natural’ when some products contained artificial additives, the claims were misleading and breached the [Non-broadcast Advertising and Direct & Promotional Marketing, AKA CAP] Code […] rules 3.1 (Misleading advertising) and 3.7 (Substantiation).”

Imposing a ban, the ASA: “told Pret A Manger to ensure their ads did not claim or imply that their food was ‘natural’, unless their products and ingredients were in line with consumer expectations of the term ‘natural’.”

Real Bread Campaign coordinator Chris Young, who submitted the complaint in December 2016, said: “We welcome this ban, which sets a precedent that sends a clear message to food companies that unless they walk the natural food walk, it’s misleading to talk the natural food talk. This ruling is good for shoppers whom the ASA is there to protect, and for the small, independent bakery and eatery owner who serve genuinely all-natural Real Bread sandwiches.”

According to the ruling, Pret’s defence included the plea that their ‘natural’ claim was: “expressed as a ‘mission’ and was therefore an ideal state or their ultimate goal. They believed that was very different from a claim that Pret had arrived at that ideal state. They also pointed out that they only claimed to ‘avoid’ (as opposed to entirely eliminate) ‘obscure’ (as opposed to all) chemicals, additives and preservatives. In relation to […] the claim ‘doing the right thing…naturally’, they said the word ‘naturally’ in that context did not refer to food but instead meant ‘of course’ or ‘obviously’.”

Chris Young added: “We look forward to seeing Pret removing all misleading claims from its advertising but would prefer to see the company to kick out all artificial additives they use and give their customers the chance to enjoy sandwiches, baguettes and wraps made from Real Bread.”

Napkins
As the ASA’s remit is limited to print, broadcast and online advertising, on 20 December 2016 the Campaign also submitted a parallel complaint to the Trading Standards department of Hackney Council, which forwarded it to Westminster City Council, Pret’s Primary Authority. This relates to similar claims made by Pret on posters, wall boards, napkins, stickers, product packaging, window displays and other marketing material in its outlets.

As of 18 April 2018, more than 14 months after its first meeting with Pret about the issue, Westminster Council still hasn’t completed its investigation, and hasn’t answered the most recent questions regarding the case sent by the Campaign on 21 March 2018.

More details of the case and history of both complaints

The Real Bread Campaign continues to call upon the government to introduce an Honest Crust Act of improved loaf labelling and marketing legislation to provide shoppers greater protection from being misled.

Media coverage of this story includes: The Daily Mail, The Times, The Guardian, The Sun, The London Evening Standard, The Mirror, Metro, The Independent, Caterer, Campaign, PR Week, The South China Morning Post....

The media contact for the Real Bread Campaign is Chris Young: chris@sustainweb.org

For all other queries, please email realbread@sustainweb.org

Background
For years, Pret has made repeated claims that it “creates handmade natural food,” and “proper sandwiches avoiding the obscure chemicals, additives and preservatives common to so much of the ‘prepared’ and ‘fast’ food on the market...”

In May 2015, however, the Real Bread Campaign, discovered from Pret’s customer services team that across the company’s range of baked products, it used artificial additives including: E920 (l-cysteine hydrochloride) E472e (diacetyl tartaric acid esters of mono- and diglycerides) and E471 (mono- and diglycerides of fatty acids).

This prompted the Real Bread Campaign to contact Pret’s chief executive, Clive Schlee, encouraging the company to come clean, ideally by removing all artificial additives from its range, or amending its marketing claims. Schlee challenged the Campaign co-ordinator to find a bakery that could supply Real Bread in the quantity Pret uses. In response, the Campaign coordinator put Schlee in contact with several that said they could. For clarity, the Campaign would not benefit financially from any such contract.

In October 2016, Schlee wrote that Pret had declined to switch to using any of the bakeries as “their prices were two to three times our current price and moving would cost Pret several million pounds”. As he simultaneously declined to amend Pret’s marketing claims, on 20 December 2016, the Real Bread Campaign took the case to the ASA.

For a history of the long road to regulation of food marketing terms including natural, see pages 8 and 9 of The Food Magazine issue 52, January-March 2001