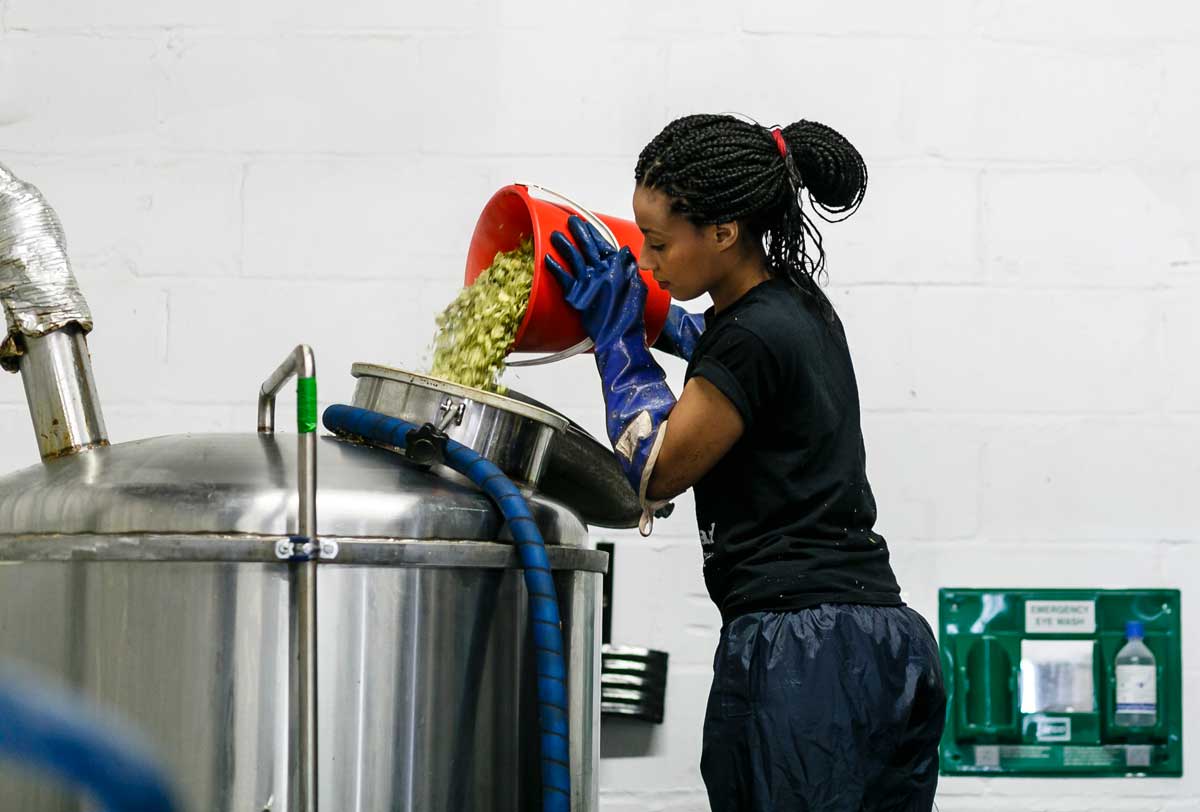 What drew you to beer in particular?

Growing up in Nottingham, having a pint down the pub is just what you do. Beer is such a social, accessible drink. I'm lucky to have grown up in a place with such amazing breweries on my doorstep.

How did you get into brewing professionally?

During the recession, a couple of friends of mine we're trying to start a brewery when I jumped on board. We went from being homebrewers, to using other breweries equipment such as cuckoo brewers, to getting our own six barrel brewery in Walthamstow.

What has been the biggest help along the way?

The support of local people. Whether that's been people coming to our brewery taproom or retweeting what we're up to. They're a vital part of what we do.

What one piece of advice would you offer to someone thinking about setting up a microbrewery?

Get a good team around you made up of people with a different skill set to you.  I love what I do, and it’s mostly because I'm making beer with my mates.

Check out others in the Roots to work Series, including the Urban Farmer, The Beekeeper, The Dietetic Coach.

Find your good food job on Roots to Work and read other inspiring Roots to Work profiles, such as Alice from Luminary Bakery or Dale the Urban Beekeeper.

This article first appeared in The Jellied Eel magazine issue 51, May 2016.