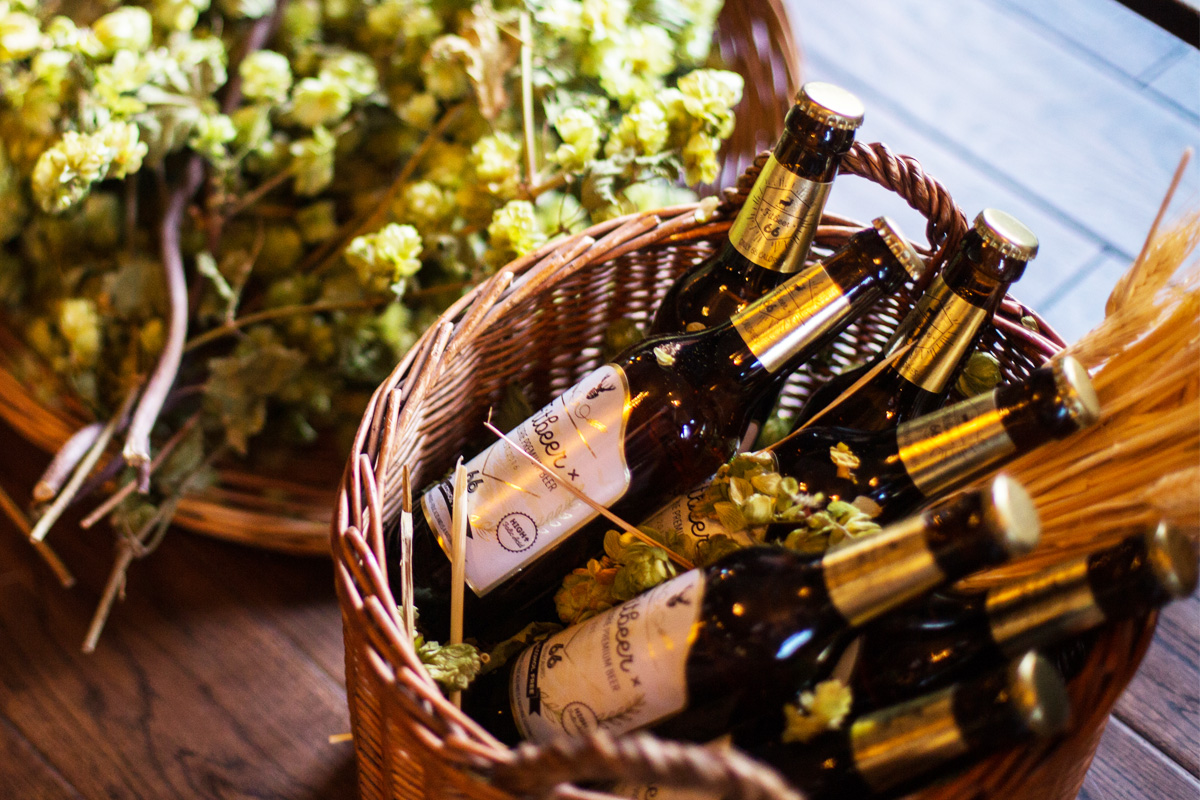 Many of us like a drink from time to time but what about when we are off the sauce or people who don’t drink at all? Holly Holder looks beyond booze at the alcohol-free nightlife options for grown-ups.

Historically, Britain has always been a boozy nation. From beer being a safer alternative to water in the Medieval period, to the early 18th century London ‘gin craze’ where over half the drinking establishments in London were gin shops. Since then we have continued to guzzle and gulp our way through ales, lagers, spirits, cocktails, wine and the rest. Our relationship with alcohol is markedly different than continental Europeans who often enjoy a regular, but limited, intake as opposed to the binging culture of Britain.

However, year-on-year research is showing that we Brits are drinking less. In 2016, 53% of us claimed we had limited the amount of alcohol we drank in the last year with the aim ‘to improve my health or to reduce the risk of disease’ with 44% choosing to save rather than splurge on a drink. Alongside this, the recently-introduced Soft Drinks Industry Levy (aka sugar tax, which followed a high-profile Sustain campaign) has challenged the industry to reformulate the unhealthiest of their high sugar, and often additive-ridden drinks. This might leave us asking: What’s the alternative?

I started off by speaking to Laura Willoughby who co-founded Club Soda, an organisation that champions the phrase ‘mindful drinking’: doing so in moderation, being conscientious in the face of choice and being an active customer. “We want [pubs, restaurants etc.] to stock a great tipple; they want to know what drinks will keep you coming back”. Club Soda is multi-faceted. As well as running an online community, it organises events including webinars, walks, lunches, pub crawls and socials. It also has a hugely successful Mindful Drinking Festival, bringing together the best of zero to 0.5% ABV beers, wines and adult soft drinks, one in summer and one in January, which they hope to be their biggest yet. With the help of funding from Hackney Council Laura and her team have put together an online map documenting where you can go in London to drink alternatives to the boozy offerings, ubiquitous in the city.

It’s clear that Laura acts as the number one advocate for all the low and no-alcohol drinks out there, peppering our conversation with brand names and bars and clubs leading the way. One of the first people she encouraged me to speak to was Nirvana Brewery, which claims to be the UK’s first alcohol-free craft brewery*. Born from a realisation of the limited choice available on the market, Steve Dass joined forces with Becky Kean, who heads up FitBeer, to create a range of, frankly, very delicious beers. I spoke to Becky to understand more about their range and she called out the negative language used on beers currently on the market. She told me that they wanted a beer that made people “feel positive”, wanting tee-totallers to “love that they’re not drinking, to get a high from it”, hence Nirvana. After only launching fully in the past year, Nirvana is now stocked in over twenty pubs and bars and available to buy in off licenses across the city, a pretty impressive feat for any small business.

‘There must be better, more interesting drinks offered for those who don’t take alcohol’

Square Root Soda is another prime example of a non-alcoholic alternative that has broken the cola/cordial mould, now taking their seasonal sodas and collaborating with breweries to make delicious low-alcoholic shandies. Square Root co-owner and co-founder Robyn told me that currently “shandies are one of our most popular products off the website.”

Over in Dagenham, community enterprise Company Drinks invites local residents to pick all of the fruit, flowers and herbs for its cordials and sodas, on walks and trips that evoke the spirit of the annual exodus of Londoners to Kent to pick hops and fruit.

Whilst there are many producers in London ready to take on and tackle the low and no-alcohol market, there are also restaurants discovering the potential in providing delicious alternatives. Caravan, which has four locations across London, makes all of its own sodas and fermented drinks, from ginger beer to a rhubarb and basil shrub. Similarly, Little Duck - The Picklery in Dalston makes its own kombuchas and drinking vinegars in house, experimenting with seasonal flavours and unusual herb and fruit combinations, from pine and juniper to beetroot and turmeric. Rory McCoy owner and founder of Little Duck originally started making drinking vinegars “because I thought it was good fun” but also noticed that they provided a drink “with similar flavour profiles to drinking wine” which proved a hit in his restaurants.

Gimlet Bar, a wholesaler and travelling cocktail bar also puts non-alcoholic drinks centre stage. “There must be better, more interesting drinks offered for those who don’t take alcohol,” says founder Harry Darby. “The food and drink scene in London seems to be way behind on this; something which seems oddly incongruous with the great advances that have been made in the general pursuit of quality ingredients. But it seems people are waking up to this.”

And so, armed with the Club Soda guide and a barman not defaulting to the usual suspects, I feel confident that London will serve you well on a tour of ‘low and no’. And if there isn’t an option available at your local establishment, you can always bring your own. Make a point and hopefully open up the market to new and innovative small drinks producers across London.

Other places to enjoy a dry night include…

*The country’s very first alcohol-free brewery may have been Kops Brewery in Fulham, founded in 1890 during the heyday of the temperance movement. [ed.]