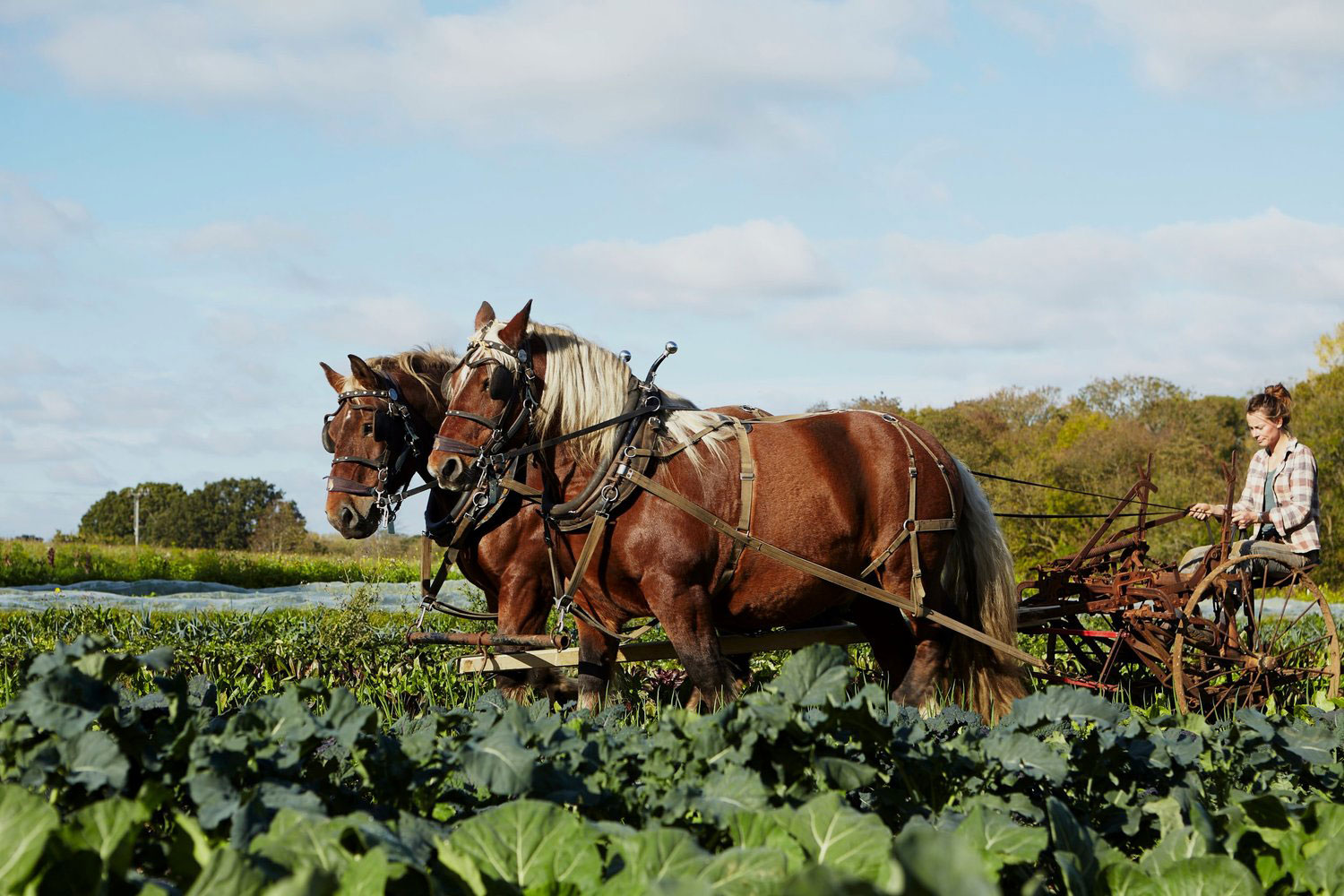 From one farmer to another, Abi Aspen Glencross chats to Flourish Produce founder Calixta Killander about new age farmers, organic growing and produce for chefs.

Flourish Produce is the talk of London. You can’t chat to a chef about vegetables without Flourish being on their lips. Founded in 2017 by Calixta Killander on her family’s farm in Cambridgeshire, Flourish produces specialty crops predominantly for chefs. However, this isn’t any old produce – they’re the most flavourful and beautiful vegetables you have ever seen or tasted

Growing for chefs is completely different to growing for the general public. A balance must be struck between innovative and familiar, quality and economics. “I really enjoy producing things to the highest quality possible,” Calixta tells me – which is why she’s the grower for some of London’s top restaurants, including Jolene, Esters, Brat and Lyle’s.
Calixta shares the view of most farmers who sell direct to consumers: that it’s much more rewarding to know where your produce is being eaten and have an engaged community, “The direct link to our customers has always been a driving force for us.”

Although Calixta grew up on a farm, she had no intention of picking up the trade until travelling the world taught her about how humans impact the world. “Farming seemed to be the best way to have a positive impact rather than a negative one,” she muses. She moved to the US to study sustainable agriculture and forestry, where she developed her love of growing vegetables.
Farmers are now expected not only to tend the land, but to be salespeople, social media experts and delivery drivers. During the busy summer months, Calixta sometimes works long, 16-hour days. That said, farming can be incredibly rewarding. “I can’t imagine doing anything else,” she says. “It’s amazing to get pushed to learn new skills, from welding to accounting. No two days are the same.”

Organic produce is hailed by some as a saviour for the world’s ecological crisis, yet by others it’s shamed for not protecting and nourishing the earth enough. However, there’s a new kid on the block: regenerative farming. Calixta explains: “The concept is to encourage life and diversity, investing more into our ecosystem and in the soil than what we remove.” These practices include crop rotation, plant diversity, returning animals to the land and using green manures.
The future of Flourish looks bright. They are expanding their growing area and continuing their lockdown-initiated veg boxes, so pop online and order your produce. If you would rather be cooked for, check out their London restaurant supply list – you won’t find finer regeneratively farmed food anywhere else.