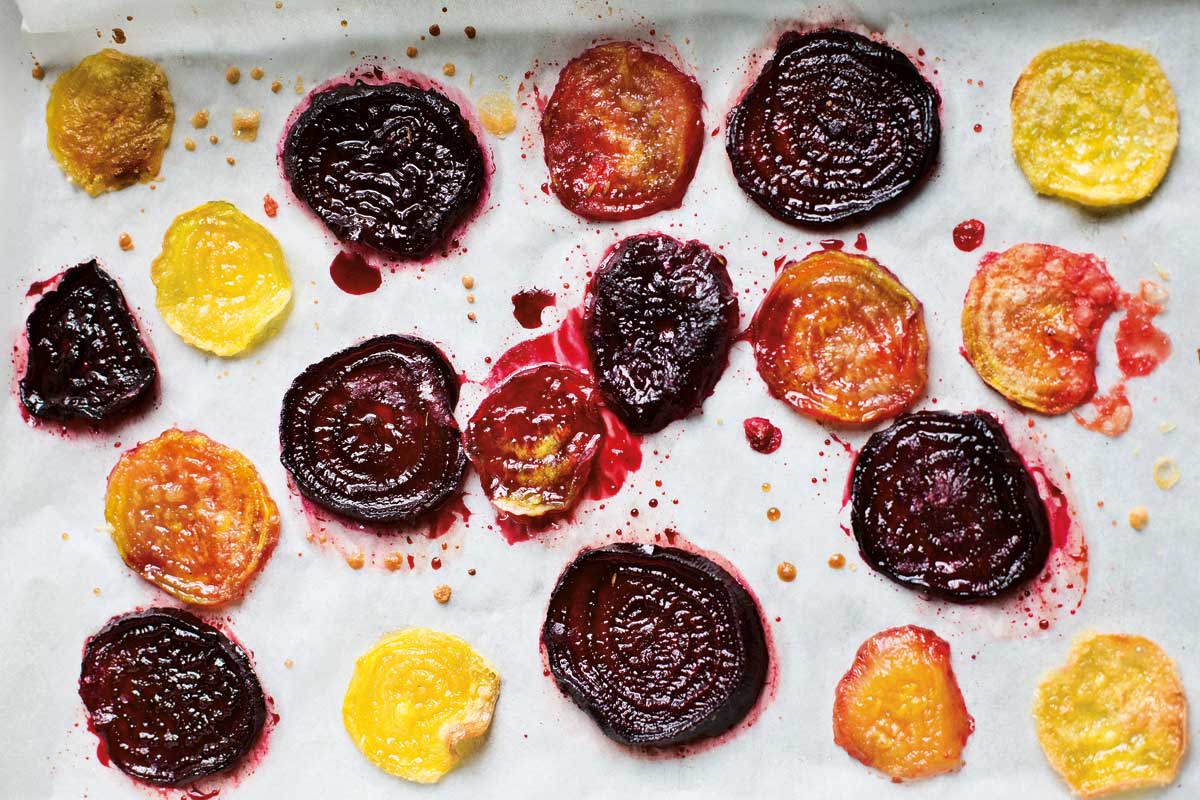 Those of us that get a local veg box might sometimes find ourselves with an awful lot of root vegetables over the winter. Here’s regular columnist Tom Hunt with some tasty ideas of how to use them.

Put 350-400g beetroot in a casserole dish with a clove of garlic and drizzle of olive oil and roast in an oven preheated to 180°C for 1.5 hours or until soft. Rub off the skin and blend with 5tbsp of yoghurt. Season with salt pepper and lemon juice.

Slice a beetroot into thin discs and simmer in a syrup of 100ml water and 150g of sugar for 10 minutes or until the syrup goes gloopy. Remove the beetroot and lay the discs onto a sheet of parchment to dry.  Great with goat’s cheese or even with chocolate pots.

Mix together 150g of grated celeriac, 250g yoghurt, 200g of spelt flour, 2 eggs, 2tsp baking powder, ½ tsp bicarbonate soda and a pinch of salt and pepper. Mix in 60g crumbled blue cheese. Bake in a greased muffin tray in an oven preheated to 180°C for 15-18 minutes until brown on top.

Finely slice a small celeriac with a mandolin or knife. Toss with 150ml of double cream and a finely chopped garlic clove. Layer in a small baking tray until it is about 3-5cm deep. Bake in an oven preheated to 180°C for 45 minutes or until soft and browned on top.

Boil 800g of small to medium-sized potatoes until tender. Drain, allow to cool, crush slightly. Toss in olive oil, lemon zest and coriander seeds. Roast in an oven preheated to 200°C for 35mins or until brown and crunchy on the outside.

Cut 1kg of boiled potatoes into large cubes. Slice an onion and slowly fry until soft. Toss with 150g fried bacon lardons, the potato and 100ml of double cream. Season with salt and plenty of pepper. Place into an earthenware dish and top with 200g of sliced Reblochon cheese. Bake in an oven preheated to 180°C for 15 minutes until brown and bubbly.