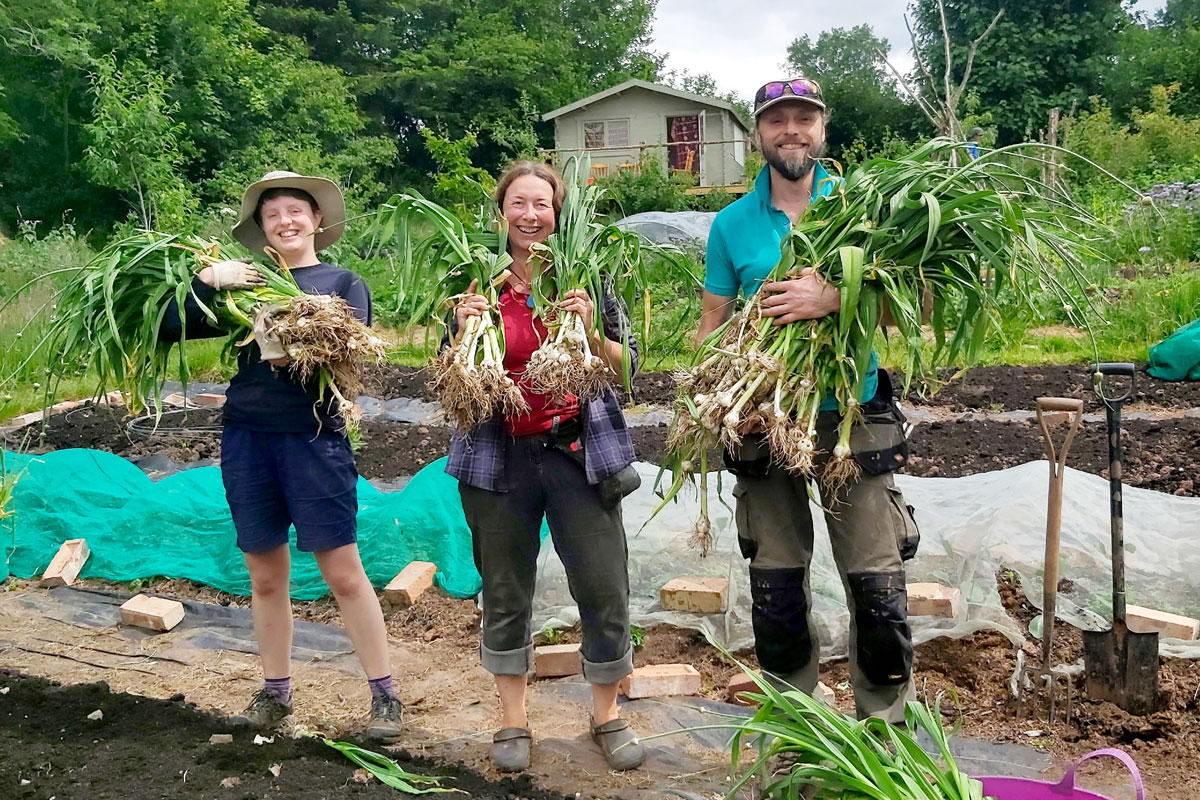 Swap the beach for beetroots and go WWOOFing in the UK for your break this year. Kirsten Foster digs into these unforgettable opportunities.

For decades, WorldWide Opportunities on Organic Farms (WWOOF) has been uniting volunteers who want to learn about sustainable growing with hosts who need a hand. The more-than-370 hosts in the UK are a varied bunch, spread all over the country, offering a unique mix of volunteering holidays, informal training courses, communal living experiences and voyages of self-discovery.

Take WWOOF UK CEO Scarlett Penn’s smallholding in rural Shropshire as fairly typical: a calm, very rural location with vegetable plots, a forest garden, rescued hedgehogs and wild rabbits. Her WWOOFers are fed seasonal produce from the site, often preserved with techniques volunteers can learn, such as making sauerkraut – something her current volunteer, Imogen Lacey, who’s on her second stint at the eight-acre site, really values: “I can really taste the extra deliciousness that comes from eating something you have helped to grow.”

It’s not just about veg growing. Other volunteers have found themselves helping with lambing and TB testing, surveying land and even painting wooden dragons, so it’s important to communicate with your host about what you do or, more importantly, don’t want to do. First-time WWOOFer Adrian insists a phone call is best for this – and not just because many hosts might be seriously low-tech. “You can both be really clear about what you want – and you can get a sense of whether you’ll get on.”

Georgie Styles, who’s WWOOFed around the world on her journey into farming, did her first stint in the UK last year at Caerhys Organic CSA in Pembrokeshire, working on veg production for their box scheme. They also cared for cows and grew grain, which she knew nothing about. “I would corner the farm manager at any opportunity, as he was a fountain of knowledge,” says Georgie. She recommends volunteers “be bold in asking questions. Most hosts are happy to share and you need to make sure you get something from it.”

But being flexible is important too. As a vegan, Fran Bernhardt was surprised by her favourite task when WWOOFing: “Cheesemaking! I also milked cows, split logs, weeded, planted, looked after the turkeys, collected the eggs, fed the pigs and picked veg.” Her host, Old Hall, in Essex, only takes volunteers for two-week stays, but there’s a host for you whether you want to stay one day or one year. Most prefer longer visits, so volunteers can learn the ropes and bond with each other and their hosts.

The first WWOOFer at JJ Gladwin’s biodynamic plot on the Black Isle in Scotland arrived “for a hectic exploratory summer tasting western culture for the first time. Now he is a dear friend and godfather to our son.”

2021 is WWOOF UK’s 50th birthday. What better way to celebrate it than getting involved at a time when, as Imogen Lacey says “so much is precarious – it makes sense to find meaningful volunteering and living going hand-in-hand.”

This first appeared in The Jellied Eel magazine issue 63, May 2021