Sitopia: How food can shape our future 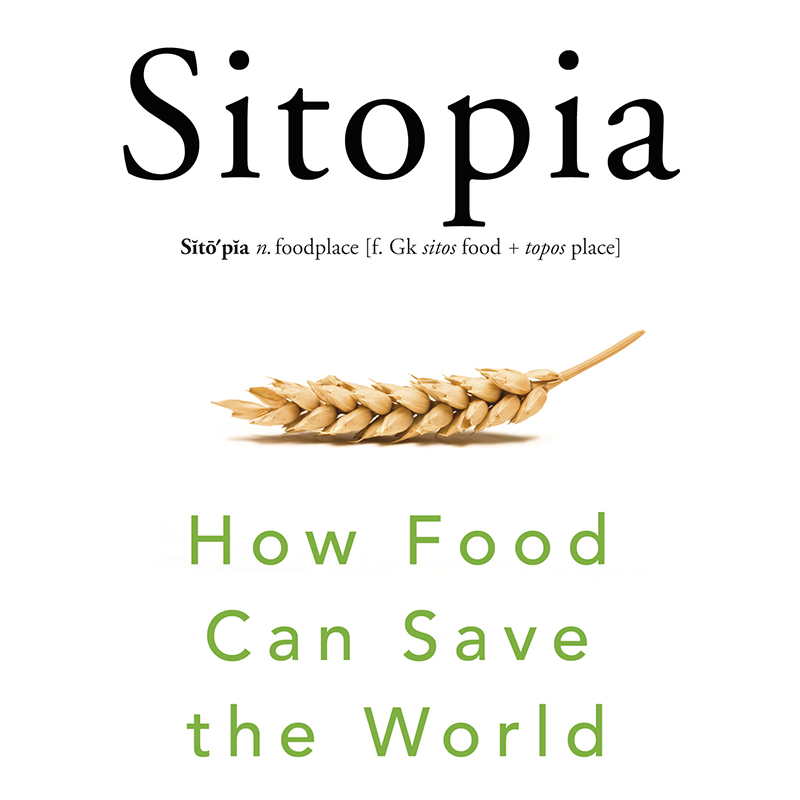 How does food shape our cities? Carolyn Steel, London-based architect, lecturer, author of Hungry City (2008) and, her latest offering, Sitopia (2020) shares insight into their intrinsic link and how lockdown has sown seeds of change.

Sitopia means ‘food place’ (from the Greek sitos, food + topos, place), and is a word I coined while researching utopia for the final chapter of Hungry City, a book in which I explored what it takes to feed a city. After discovering that utopia could either mean ‘good place’ (from the Greek eu, good) or ‘no place’ (from the Greek ou, no), I remember feeling somewhat devastated. Utopia represents our greatest tradition of thinking in a multidisciplinary way about how we should live, yet is a joke word, whose etymology suggests it is too perfect to exist. I felt that it was time that we had an alternative approach, and having spent the previous seven years discovering how profoundly food shapes most aspects of our lives, I thought that food could be it. Hence sitopia: a practical, food-based alternative to utopia.

As I explained in Hungry City, food shapes our lives far more powerfully than we might realise: our bodies, habits, homes, cities, landscapes, economics, politics and climate – even the way we think – are all shaped by it. Food is without question the most powerful force shaping our world. You might have thought, therefore, that we would value it and treat it with some respect. Yet in the industrial world today, we expect food to be cheap, paying less for it than at any time in history and wasting up to half of what we produce. This extraordinary state of affairs is the result of a series of political, economic and cultural decisions stretching back more than a century that, together with industrialisation, created the illusion of cheap food by externalising the true costs of its production. Climate change, mass extinction, deforestation, water depletion, soil degradation, pollution and diet-related disease are just a few of these.

Because we don’t value food, we live in a bad sitopia – such a bad one, indeed, that it now threatens our future and that of our planet. The solution is obvious: we need to start valuing food again – which means paying its true cost (local, organic, artisanal food is the only kind for which the true costs are already paid). Such a move would clearly require an adjustment of wages and taxes so that everyone could afford to eat well: the basis of any good society. So how would the world change if we were to put food back at the heart of our values and thinking? One obvious result would be a rural renaissance, with a new emphasis on regenerative, small-to-medium scale farming and revived rural communities sustained by services such as post offices, schools, hospitals and transport and key infrastructure such as markets, food hubs and abattoirs. Cities would also be transformed, with revitalised markets and high streets, independent shops and restaurants. Market gardens, allotments, urban farms and community gardens would also flourish. With food at the heart of our thinking, architects, designers, politicians and planners would create spaces at every scale in which food-based activities – growing, cooking, eating, trading and sharing – might flourish, while strengthening the vital relationship between cities and their productive hinterland, or region.

As it happens, the seeds of many such changes have been sown by the current pandemic. One of the consequences of lockdown has been that many people have rediscovered, not just the value of food (empty supermarket shelves tend to focus the mind) but also the joy of it: many have been baking bread, growing their own food or buying directly from local suppliers for the first time, and one study commissioned by the RSA found that 38 percent of Britons were cooking more from scratch, 42 percent said they valued food more and only 9 percent wanted life to go back to the way it was before the pandemic. There may never be a better time to begin a sitopian transition – one that a government with vision might use as the foundation of a Green New Deal.

Since I first had the idea for Hungry City twenty years ago, much has changed. When I first began lecturing on ‘Food and the City’ at the Cambridge School of Architecture back in 2002, people thought I was nuts. They couldn’t see what link there could possibly be between food and architecture. Nobody thinks like that now. Today, virtually every other architectural scheme I see involves a vertical farm or some other reference to food. Since the millennium, food has become a major part of the cultural and ecological agenda, not least because of its strong links to mass extinction and climate change. Yet despite this, food still isn’t fully on our political and economic radar. This must change – and given the scale of the problems we face, the sooner the better.

Perhaps the reason I find food so endlessly fascinating is that it is so complex – like life itself. Food doesn’t just give us life, it is life – which makes it the perfect medium through which to examine our toughest problems – and to effect change. In the eight years that it took me to write Sitopia, I discovered an inexhaustible range of topics, from soil structure and urban design to the nature of time and pursuit of joy – to which food naturally leads us and upon which it throws light. I now feel more strongly than ever that valuing food and letting it be our guide is our best, perhaps only chance of surviving the coming century.

History suggests that societies that fail to value food don’t tend to last long. From the earliest city-states of ancient Mesopotamia to the great empires of Greece and Rome, numerous magnificent civilisations have eaten themselves to death. If we carry on as we are, there is every indication that we shall do the same. Contrast that fate with the extraordinary longevity of well-managed commons institutions, such as the Swiss Alpine grazing communities that have lasted more than 1,000 years, or the Indigenous Australians, who have successfully managed their land for more than 60,000. Valuing food is all about understanding how to balance the two essential sets of relationships in our lives: those between us and our fellow humans, and those between us and nature. The fact that food is what binds us most powerfully to both is what gives it its unrivalled importance and transformative potential.

Can we build a good sitopia before it’s too late? I believe that we can: crucially, with a couple of key shifts in our food culture (halving the amount of meat and dairy we eat globally and halving the amount of food we waste), we can grow enough food to feed the world 80 percent organically without the need to increase the amount of farmland. With more investment in regenerative farming practices (the only sort that have a hope of feeding us all to mid-century), it is estimated that we could also close the ‘yield gap’ between chemically-fed and organic crops within a decade.

Of course the real ‘sine qua non’ of a genuine transition towards a good sitopia lies in our hearts. If we are to build such a place, we must put food back at the core of our hopes, dreams, lives, homes, societies, politics and economics – in other words, we must use food to build a new idea of a good life. In essence, such a shift suggests a direct challenge to the assumptions of capitalism, which bases its ideal on the premise of ever-increasing consumption. Sitopian economics, by contrast, invests value in a different kind of growth, based on the increasing richness, skills and knowledge of a circular, regionally-based economy, built around the one thing that we must all consume every day, food.

If we can shift our values towards such a vision – as millions have already begun to do under lockdown – we have a chance, not just of building a better sitopia, but of thriving in a more resilient and equitable, zero-carbon future. The food that you eat is the future you – and by extension, the we way we eat in future will shape our future too.