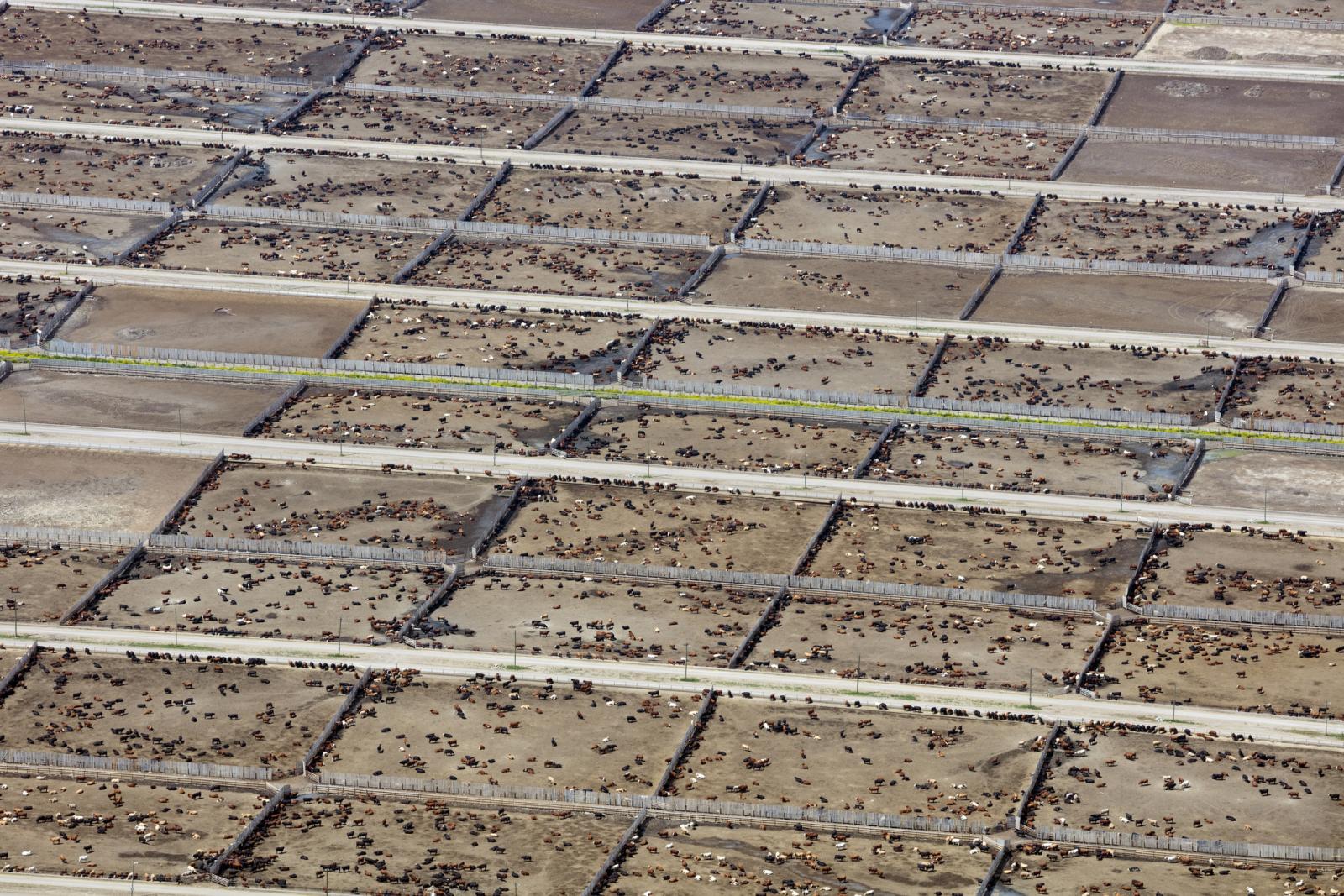 What is the impact of global industrial meat production? And what can be done to slow down the corporate mega power that is Big Livestock? Carina Millstone, Executive Director of Feedback explains how industrial meat and dairy pose a significant threat to our environment, our health and our future.

In our new series of Food Thinkers with the Centre for Food Policy, City, University of London, we will meet some of the speakers who are addressing some of the big issues in sustainable food. Find upcoming food thinkers talks here. And sign up to their mail list so you don't miss out on the next talk.

60% of wild animal populations have been wiped out since 1970. The main driver of this tragedy is land use change and deforestation for agriculture, chiefly for animal feed crops. Food accounts for over a quarter of global greenhouse gas emissions, and according to Dr Helen Harwatt of Chatham House, the livestock sector could use almost half of the 1.5 degrees Celsius greenhouse gas emission budget allowed by 2030. Crucially, there’s no way for the meat and dairy industry to meaningfully reduce its emissions or lessen its pressure on land: producing meat requires animal crops and ruminants produce methane. As Sir David Attenborough recently said: “the planet can’t support billions of meat-eaters.”

Neither can human life - with the impacts of industrial meat and dairy on rights, health and security widespread, ranging from indigenous communities losing their lands, to hazardous working conditions. More recently, meatpacking plants have become hot-spots globally for Covid-19 outbreaks. Looking forward, with two thirds of antibiotics in the world used for animals, industrial meat and dairy production is contributing greatly to antimicrobial resistance and fostering the conditions for future viruses to emerge.

It is crucial to stress the distinction between livestock rearing as a farming practice and livestock rearing as an industry. About a third of the world’s livestock is raised by farmers and pastoralists who rely on meat for good nutrition, food security or to serve local markets.  The remaining two thirds of meat produced however is through industrial processes - what we might describe as intensive farming or factory farms - meat production chiefly characterised by scale, with only one type of animal, requiring vast amounts of feed, embedded in national and global supply chains markets; usually requiring global finance and existing primarily for the enrichment of shareholders.

These industrial meat and dairy corporations, what Feedback calls Big Livestock, are the ones driving the climate and ecological breakdown and hurtling us all towards the next pandemic - not the farmers. Like other global industries, the livestock industry has gone through a process of expansion and consolidation and the largest 10 companies are now behind 15% of the cattle, 20% of the hogs and 23% of the chickens slaughtered worldwide - every day, these 10 corporations slaughter a mind-boggling 120,000 heads of cattle, 500,000 hogs and 23 million chicken.

Big Livestock in the UK

We might like to think that this is an American problem, that these corporations do not represent British food and farming. And yet, UK supermarkets have been found to sell beef branded as their own, when it is in fact produced by Brazilian giant JBS, who have been linked time and time again to deforestation. Tesco’s Willow Farms brand conceals the fact its chicken is more likely to have come from one of the UK’s 800 or so so-called ‘megafarms’ rather than a small family-owned outfit. The UK is also implicated in the global meat trade through its vast soy imports, relying on a land area overseas close to the size of Wales, most of it in South America. Not only that, following a series of recent mergers, 30% of the UK’s pork production and half of chicken are controlled through joint ventures and subsidiaries by the likes of Cargill, JBS and Pilgrim - global meat corporations. And of course, UK headquartered financial institutions are instrumental in propping up these meat and dairy corporations, with Barclays the world’s second largest creditor to the meat industry.

With Big Livestock posing a grave threat to our climate, fostering the conditions for Covid-19 outbreaks and future pandemics, driving land use change, further loss of the natural world and all too often rights violations, this is an industry that must swiftly decline and end.

Rather than calling for ‘less and better’ meat or encouraging people to cut their consumption, we at Feedback are focusing on corporate power - the true structural issues at play in determining what ends up on our plates. To do this, we have quickly realised we need to follow the money - right back to the 2,500 investment firms, banks and pensions funds headquartered around the world that have provided Big Livestock corporations with over $478 billion in backing over the last 5 years.

The largest investors are US based - the likes of Black Rock, Capital Group or Vanguard. The largest bankers on the other hand are in Europe and the UK, the likes of BNP Paribas, Barclays, Santander and ING. Many of these banks have signed up to industry initiatives around deforestation or have adopted ‘science-based targets’ - and yet they all appear to have a complete blind spot when it comes to meat.

Barclays has pledged to become a net zero bank by 2050 but remains the world’s second largest banker to Big Livestock. It likes to boast it has been supporting UK farmers since 1744 - but these are the same UK farmers whose business is being undercut by the global meat corporations including Cargill, Tyson and others, to whom Barclays has provided millions of dollars in financing over the last 5 years. HSBC also aims to become a net zero bank and its Agricultural Commodities policy states that it will not provide financial services to customers involved in deforestation or land clearance by burning, directly or through suppliers. And yet over the last five years HSBC has loaned Marfrig and Minerva millions, as well as holding shares in JBS - the three Brazilian butchers all linked to deforestation.

Big Livestock Versus The Planet

In the same way that fossil fuel divestment campaigners so effectively shone a spotlight of the financial sector’s decisive role in driving climate change through funding oil, gas and coal, the time is ripe to bring to the fore the finance sector’s role in driving deforestation, methane and carbon dioxide emissions and future pandemics through its funding of industrial meat and dairy production.

With the right scrutiny, the right public exposure of hypocrisy when financial institutions fail to comply with their own policies, we can hold these institutions to account and turn meat and dairy into a liability- both moral and financial. This is what we are seeking to do at Feedback through our Big Livestock Versus The Planet campaign, along with many allies working on land sovereignty, deforestation or animal rights. We know we will have prevailed when we have delegitimised the industry and its financers, and ultimately cut off industrial meat and dairy corporations’ moral and financial fodder.

Sign up for Big Livestock Versus The Planet webinars

Read our guide to meat certification to avoid the mega corps and to support local farms.