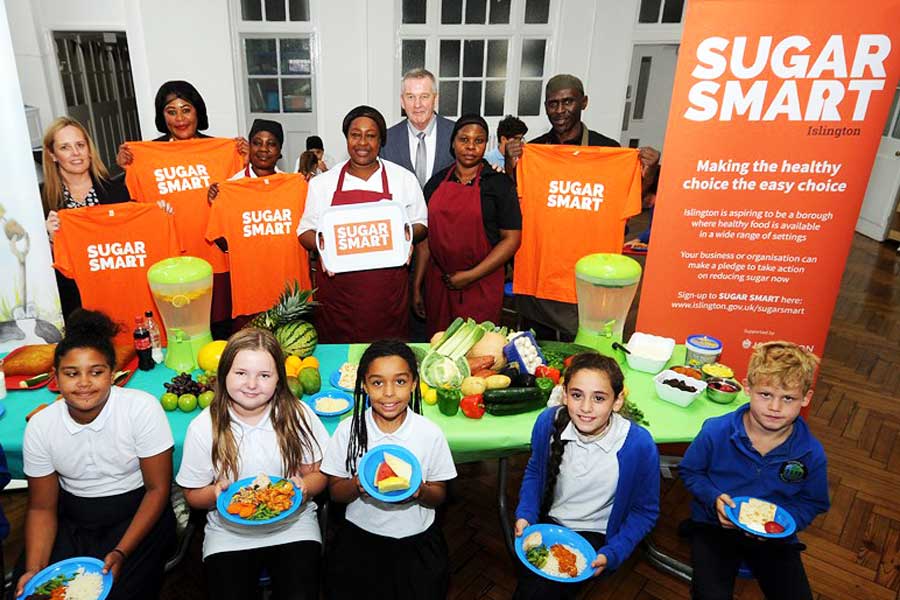 Kirsten Foster gives us a lesson in how far the humble school dinner has come and how to help kids make better food choices.

Many of us fondly remember sticky stodgy puddings, others are scarred by mystery grey mince and wrathful dinner ladies. Today, nutritional content is the concern as we realise that some meals can contain over a day’s worth of sugar.

Going back in time

School food provision began in the 1900s, partly just to get calories into kids. Back then school menus had to meet minimal nutritional requirements, but fast forward to the 1980s and these regulations were dropped. The focus switched from making healthy kids to making money; fast-food menus became the norm. But in 2015, after decades of decadent school dinners and soaring childhood obesity, minimum servings of wholegrains, oily fish, fruit and veg were introduced. The new challenge was getting kids to eat them!

Getting smart about sugar

Catering company Caterlink which supplies schools across southern England, was determined to reduce sugar after an audit. “We wanted to ensure our menus were in line with Children’s Food Trust free sugar recommendations for children” said Megan Waring of Caterlink “and managed to cut them down from an average of 13.6g daily to just 4.4g per child”. Taste tests of their new lower-sugar yoghurts and desserts went well, and after a few months of adjusting taste buds, pupils were happily tucking in.#

Want to find out how your borough is doing on school food issues? Check out the Good Food for London report

Islington Council, one of Caterlink’s clients in central London, was the driving force for this change, requesting the audit that inspired the sugar-smart menus. This is now at the heart of the Council’s new school meal service – desserts are served only two or three times a week and are based on fruit or dairy.

Sustain hopes to inspire other school meals teams as part of its SUGAR SMART campaign. Fran Bernhardt from the campaign says “With one in three children overweight or obese when they leave primary school, it has never been more important to tackle sugar in our schools. We’ve been delighted to see over 600 SUGAR SMART school campaigns getting stuck into transforming their food environment”.

In Havering, schools are getting similar treatment as part of the Veg Cities campaign. The Council’s Veggie Run app allows parents to view weekly menus and purchase directly. Kids earn rewards by ‘collecting’ fruit and veg, encouraging healthy choices. So far school meal uptake has increased by 14%, reducing packed lunches by over 130,000 in one term, a huge health boost when you consider that, according to Dennis Brewin, the borough’s head of catering, ’recent evidence shows that only 1% of packed lunches are healthy’.