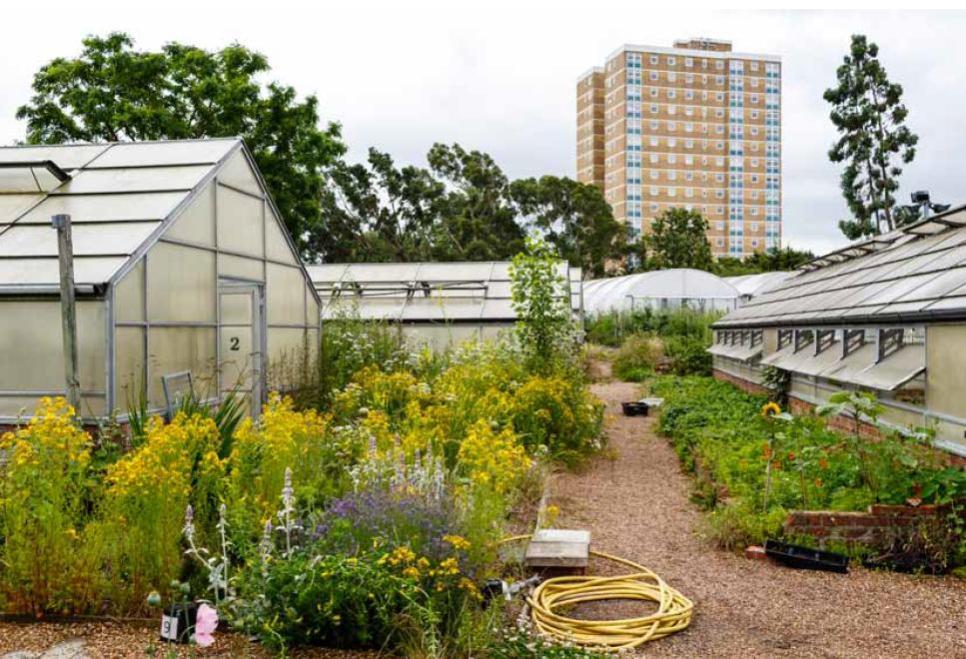 As part of Urban Food Fortnight’s focus on London grown food, Ellen Baker meets the city farmers who are taking it to the edge all year round.

London’s epicentre might be bristling with banks and bistros, but winning out in the tussle for turf on the outskirts is a very different kind of venture: the peri-urban farm.

Our capital is no stranger to growing things. Rewind about four centuries and the market garden was all the rage, conjuring everything from sorrel to asparagus. The spatial needs of housing, commerce and industry had pushed it out of vogue by the 20th century but now farming is taking hold again on the periphery.

Fully-functional farms and food hubs are flourishing quietly not two miles from the business district. Some boast organic certification, a modest but immaculately planned couple of acres and a host of educational and therapeutic benefits to their local communities. Let’s meet some of the faces behind the foliage.

“This area around London needs to be used for farming” Kerry Rankine, Coordinator, Dagenham Farm

Dagenham Farm is run by Growing Communities. It owes its beginnings to a hefty leg-up from the Big Lottery Fund, which took them from zero to four tonnes of fully-certified organic veg in three years. Now, they’re about to set up a veg stall at Dagenham East station to bring the fare to the community it has grown in.

Dagenham also runs four traineeships each year for local single parents in search of employment. The farm liaises with local nurseries to provide childcare and teaches trainees skills all the way from garden to kitchen.

Thanks to seed funding and an army of volunteers and growers, Enfield's Forty Hall has seen a farm shop, community orchard and expanded livestock base spring up in just five years. And it’s home to London’s only commercial vineyard, which uncorked its first vintage in 2015. Who says there are limits to city farming?

For Charlotte Steel, general manager of award-winning Sutton Community Farm, the ambition is clear: “I’d like to see community farms on the edges of all our towns and cities feeding local people and reconnecting them with the land and each other.”

But what isn’t clear is the future. Will London’s peri-urban farms feed the whole city? Not likely; at least not without a sizeable shift at policy level, and not while supermarkets are still pelting us with avocadoes.

And, the fight for land isn’t over. Council cuts and political uncertainty threaten to make land use for small-scale city farming untenable.

But struggles or not, local production can and should play a renewed significant role. Food systems become  more resilient with localisation and they make communities stronger. Growing Communities calls them “communitysized building blocks” and London’s fringe farmers are leading the way. You can visit Growing Communities’ taster stall in Homerton or join Sutton Community Farm’s Harvest Festival as part of this year’s Urban Food Fortnight.