Sarah Bentley, founder of 100% plant-based community cookery school Made In Hackney, on why Urban Food Fortnight is the perfect time for greens to envy. 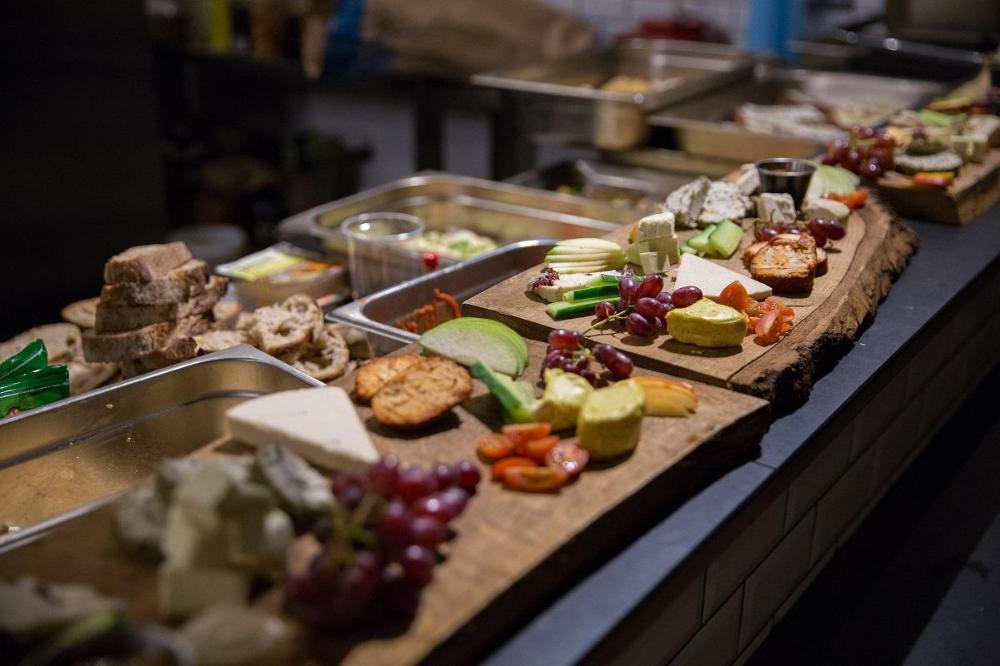 Dare I say it: Veganism has gone mainstream? Well if not mainstream, it’s no longer the maligned, marginal movement I signed up to 20 years ago and hoorah to that! Back then, requesting vegan food was met with facial expressions akin to asking if the establishment served pickled brains in a coulis of faeces. Horror! Confusion! It was a time when “yes madam, the brownies are vegan” could be met with tears of joy. Vegan food was that scarce.

So why did I, a foodie, pledge allegiance to a lifestyle that, at the time, offered such a lack of, well, food? Initially, it was about animal welfare. A veggie from the age of nine, I was horrified when I learnt about the grotesque treatment of cows and hens (and it really is grotesque) in the commodity milk and egg industries and resolved to go vegan. I went on to learn about the many health benefits a balanced, varied wholefoods, plant-based diet could bring. My personal experience was that my IBS disappeared, I had greater energy levels, my skin cleared up and I lost weight. That’s to say nothing of the environmental benefits of dropping animal products from your diet.

When I cooked for friends and family, even the most hardened of carnivores, they would gobble up my vegan feasts. Usually they were shocked at how tasty the food was and were always asking what ‘this weird bean’ or ‘that tasty sprout thing’ was. They often said: “I love your food Sarah, I just wouldn’t know how to cook it myself.”

When I co-founded Made In Hackney, our community cookery school charity, in 2012, I knew the food needed to be vegan, or 100% plant-based as we call it. As a nation we are eating far too much meat, dairy and eggs, so why on earth would a cookery school with a mission to improve the health of people and planet encourage people to cook and eat more of these things? What people need are the skills, inspiration and desire to make veggies, lentils, seeds, nuts and wholegrains take centre stage on their plates, to normalise plant-based eating and most importantly to enjoy it. Our core areas of impact are health, environment and community, with love and compassion at the centre of all we do, which I don’t believe a menu including animal products can deliver.

That’s all before we get to the inclusivity rationale. In a multicultural city, being 100% plant-based means we don’t alienate people from myriad cultures and communities who have specific practices around animal products. Then there’s the food hygiene benefit of not having raw flesh flying about the kitchen with non-professional chefs at the helm…

For our community classes we deliberately avoid using the word vegan and say 100% plant-based instead. We want people to discover the joys of plant-based eating with open hearts and minds and the word vegan can create a barrier for some people, who can feel you’re pushing them into sharing the same beliefs and values as you. Participants often joke that we’re sneaky and how they wouldn’t have come if they’d known in advance. Once they’re cooking in the kitchen with us, though, having a lovely time learning about new ingredients, boundaries are broken down and behaviours change and that’s what it’s all about.

As a dizzying catwalk of new vegan products hit the shelves we have to remind ourselves at Made In Hackney about the rest of our food policy (local, seasonal and organic) and be discerning about our regular plant-based choices. The booming demands for ingredients such as coconut and jackfruit (both delicious and at MIH we love both) is all well and good but the impact on the planet and farmers is not yet fully known. They can also be harder and/or pricier to track than crops grown closer to home so, like good-quality Fairtrade, organic chocolate, we enjoy as an occasional treat.

Similarly due to locality, we recommend oat and hemp milk alternatives above almond ones. We urge people to source local protein in the form of British-grown quinoa, fava beans, hemp and oats. On the veg front, we champion spinach, kale, broccoli and garden peas.

Just because something is vegan it does not automatically make it healthy or good for the planet; annoyingly it’s more complicated than that. Take seitan, for example. It’s essentially a big lump of gluten, which often seems to end up as burgers or deep fried fake chicken wings. Fun but still basically just junk food.

Before we get too bogged down, taking animal products completely out of your diet, or at least reducing them, and replacing them with more plants is a 100% good move for both your health and that of the planet. What better time to get started that Urban Food Fortnight?