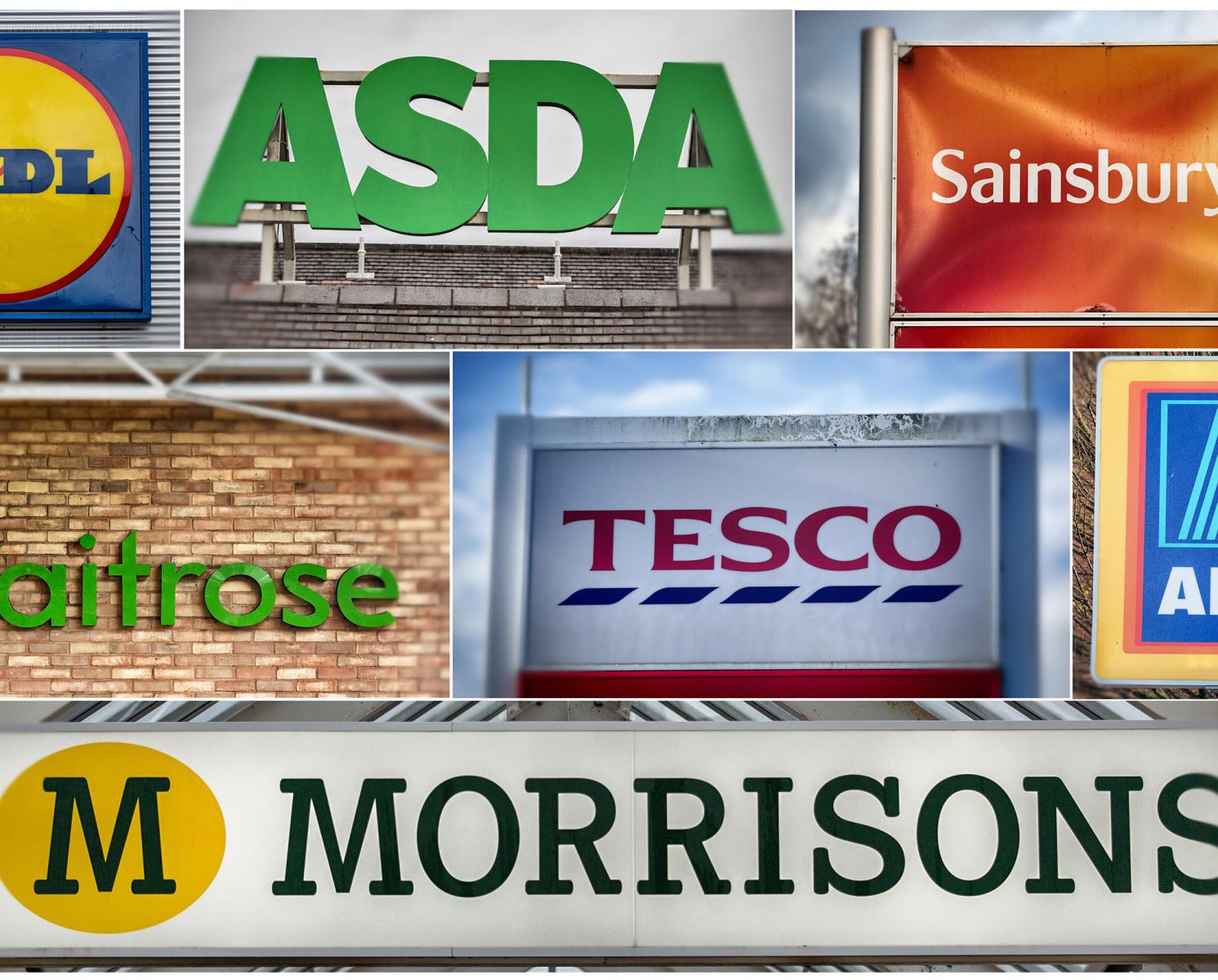 You may have seen dairy farmers frantically promoting their product over summer with the #proudofdairy hashtag. Since the first picture of a dairy maid on her stool was used to reflect the purity of the pastoral idyll, the industry has worked hard to get you to enjoy #thewhitestuff.

Dairy farming is hard graft but lately farmers have been getting such low prices they have had to get bigger and more intensive, or get out. The dairy industry beyond the farm gate (the processing, catering and retail end) has largely not covered the cost of decent milk production. This represents widespread market failure. And the picture is the same in many other farm sectors – from bacon to cereals – as DEFRA farm income data show.

The imbalance of power is such that farmers, their workers, land and animals stay on a low price treadmill, whilst the big food companies reap big profit margins despite the race for market share which means they will make their prices look the lowest. Amazon’s entry onto the high street kicks the supermarket wars up a notch, and EU subsidies keep the farm sector alive – although that’s up for a major overhaul.

Who wins the price war is anyone’s guess, but any increased sales as a result of that #proudofdairy promotion could just result in more sales of cheap cheddar and milk which is used as a loss leader to lure customers into a superstore or online. Dairy farmers may just about survive on the same fluctuating but chronically low prices they always seem to suffer from.

Further industrialisation to cut farm costs – using zero grazing and high yield breeds – is an obvious response but the consumer backlash against cruel systems is a serious risk and the plant ‘milk’ market is strengthening in response. The animal welfare implications and pollution risks are high if farmers can’t afford adequate husbandry or fit effective slurry control. The future for those farmers still grazing their cows on expensive land, trying to compete with more intensive farmers, does not look good unless they are organic or otherwise have differentiated their market.

Poor cows, poor rivers, and poor farmers. In the last 10 years we lost 40% of our UK dairy farms. That’s 4,100 small businesses gone, as the farmland gets amalgamated mostly into larger farms. The picture is similar in many other farm sectors and uncertainty over post-Brexit farm policy means we could lose thousands more.

The generic milk promotions are probably useful, and will give farmers a feel good moment to counter the vegan lobby. Yet there may be better value in a brilliant campaign to better regulate the supply chain so they pay decently and act fairly. How about refusing to sell for one day – a #Onedaywithoutus? Or once again using tractors to blockade the distribution centre roads? Too aggressive?

Well aggressive has nothing on the big retailer buyers. Abusive behaviour by buyers beyond the farm gate, often harming vulnerable, relatively tiny suppliers, can push viable businesses into bankruptcy. Some may think its fine to lose farm businesses. After all, that’s the nature of growth – get big or get out. But losing capacity and businesses has huge implications for food employment up and down stream as well as our food supply. Alongside a loss of farm diversity, Brexit means we are facing severe blockages in the supply of foods even from across the channel. Frictionless supply chains are looking further away than ever. What will we eat?

Ironically, it was NGOs like the Women’s Institutes and Friends of the Earth, not the National Farmers Union, who started to demand better regulation on this back in the early 2000s. They successfully demanded a better legally binding code to stop supermarkets abusing suppliers and an ombudsman to oversee it. They even went to court to force it to happen. A decade later and that Ombudsman – The Groceries Code Adjudicator (GCA) – has been reviewed and found to be doing a reasonable job, but it has too narrow an impact. It shines a light on, embarrasses and even fines bad practices by companies like Tesco who bully farmers in all sorts of way like delaying or cutting payments or demanding fees for positioning produce on shelves.

But this does not regulate most of the companies actually buying from farmers here or overseas, as it covers just the top retailers. Nor does it have much impact on those prices. At a time of Brexit and other and uncertainty for the farming industry, tackling abuse in the supply chain must be a high priority to ensure that farms can survive and we can feed ourselves.

Equally there is talk of the need to get new farmers and entrepreneurs into farming, and they need the protection of a well-regulated marketplace. The new regulatory code that is needed would be relatively simple to create as the Act which formed the GCA allowed for new responsibilities, and a new Code need not be vastly different than the existing one.  The additional costs for a bigger GCA could be met through a relatively small industry levy and there is no evidence this would translate into higher consumer prices.

On prices, however, we may have been hoping for some joy from a new European consultation on  making food chain fairer and stopping unfair trading practices. If they boost transparency in pricing that may help. EU farmer bodies point out that as they only receive 8% of the price of a loaf of bread and so “want the Commission to act to improve farmers share by bolstering their position and tackling unfair practices”. An EU wide mechanism is possible, but whether it will deliver for UK farmers, given the huge vested interests of the retailer lobby and the prospect of Brexit, and whether dairy and other farmers benefit, depends on our future relationship with the EU.

The only other option for UK farmers is to try and reach customers more directly and avoid those sucking out profit in between. Those that are doing this seem to be reaping the rewards of a loyal customer.

As a nation we should be protecting and enhancing our diverse food supply system as well as ensuring we can still source, fairly, from overseas. Extending the GCA’s remit to include indirect suppliers to supermarkets would lead to fairer, more competitive and more sustainable groceries supply.

Making the most of the Covid Winter Grant Scheme

As part of our Winter Resilience blog series, Simon Shaw explores how we can make the most of the Covid Winter Grant Scheme which provides...

Campaigners with lived experience have played a huge part in the #ENDCHILDFOODPOVERTY campaign and with some big wins confirmed in the latest...

The Healthy Start scheme has received renewed interest in recent months thanks to a coalition of civil society organisations, spearheaded by Marcus...

Reflections on diversity and inclusion in healthy eating campaigns

Is it time for a fundamental shift in how healthy eating programmes are delivered at a local level? Ren Piercey of Sugar Smart reflects...

We need meals on wheels services all year round. But especially now.

Winter is upon us, along with a second wave of Covid-19 and further lockdowns. Morven Oliver-Larkin shares stories of the older people she met when...

The Sustain alliance of food and farming organisations is calling on Government and local authorities to take urgent action to secure the...

When choosing how to allocate large sums of investment funding, Local Enterprise Partnerships (LEPs) should invest in values-led food, farming...

The Government started a second round of trade talks with Australia today (21.09.20). Trade Secretary Liz Truss has said a deal will push "new...

How can public and private finance support an agroecological farming future?

To kick start our work on innovative finance, James Woodward and Vicki Hird at Sustain take a...

We have an Agriculture Act – but let’s not relax now

The new crop of farmer support schemes – growing well but getting untidy?

What is happening in farm support policy development right now? Is ELMS on track and what else is...

Orchards and agroforestry - big green ideas to tackle the climate and nature emergency?

I was asked to give a presentation on orchards and agroforestry for an RSPB webinar on...

Sustain is today publishing a briefing on land use "A Green and Pressured Land - making sense...