Imagine the death of UK farms

Is it an exaggeration to predict the death of the family farm in England? A toxic combination of tough farm policies post-brexit and ‘open all borders’ trade deals could conceivably kill off small and medium sized farms. 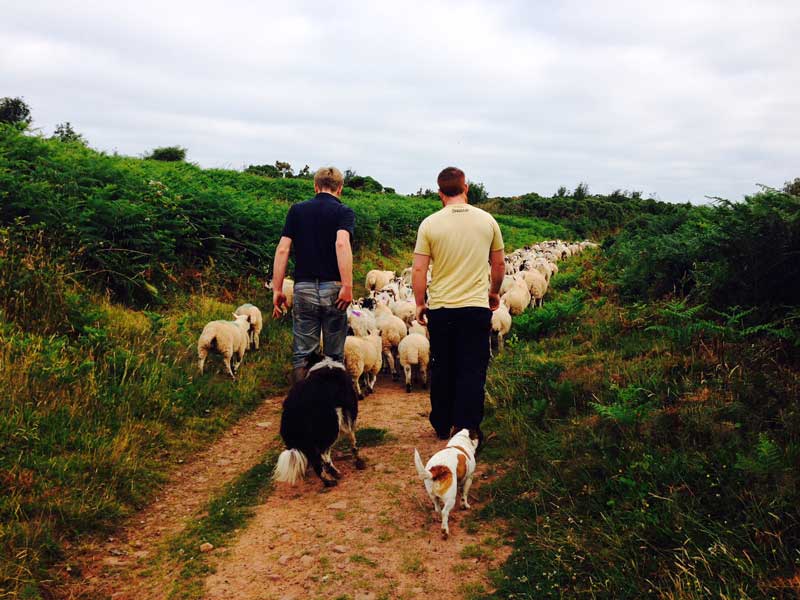 There is no way most of our farms could really compete with US farmers for instance, given the relative sizes and different safety, welfare and environmental standards applied.

Imagine the impact… most of English lowland farmed by a handful of big agribusinesses – the ‘Tesco-ization’ of farming. And if you think no one could farm the whole of England just consider the largest farm recently sold in Australia – 77,300 sq/km (7,730,000hectares) – was about half the size of England.

Such a loss of farms would accelerate a trend. In England, farm numbers have been in dramatic decline this century as smaller farm businesses struggle to survive in a more globalised market which fails to pay for any sort of decent livelihood. Bigger is better and consolidation has meant the number of farms has almost halved. By contrast in Scotland, Wales and Northern Ireland specific conditions and support structures limited the losses.

Does this matter? Surely it is a natural restructuring and those smaller, family farms are inefficient. They can’t produce enough food and don’t employ skilled workers anyway, so why lament?

Well no actually. There is no evidence to suggest a smaller farm or a larger farm is better or worse. Recent surveys for The Prince’s Countryside Fund by Exeter University confirmed that you get good and bad small farms and good and bad big farms. But many are in serious jeopardy and once they are gone they are gone forever.

But why should this matter to the majority of us who have no link to farming other than the food we eat, 40 per of which is imported?

The reality is we lose so much when we lose farm diversity. In all regions we need the smaller farm sector within a mix of sizes so that:

This is not to demonise large farms but to explore what would be lost with a large scale reduction in farm diversity – if we ended up only with a few huge farm business, some highly protected high value farmland and hundreds of ‘weekend’ farms. The matrix, or tapestry if you will, in any given area is key. We have lost many smaller and middle sized farms. But we do still have some of that diversity left: held together by a lifeline of subsidies and by farmers willing to work for little income and no holidays. But it is in real danger.

So do we leave the sector to itself to further consolidate into a few giant farm businesses – ‘FarmTesco Ltd’ or ‘MicrosoftFarm Inc’. Given the interest in robotic farming to cover the loss of migrant workers that may well be prophetic. It is a vision restructuring into very tidy, very big farms with mega fields and mega livestock units, with some great conservation work going on in targeted areas and few farming families left. The Archers will be unrecognisable as would the landscape.

Or maybe diversity of farm size is recognised as a good thing. But if we want economically vibrant remaining and new smaller sized farms to exist we need to take action to make sure they can – from decent affordable advice, facilitation and training to long farm business tenancies and a really effective, well structured farm support scheme to replace the European CAP.

This blog by Vicki Hird first appeared in A New Nature Blog on 28 February 2017. Comments are welcome on the blog on their site.