We need innovation and ideas for farming and perennial crops - grains, proteins, legumes that last more than a year - may be a part of the solution. What are the benefits, drawbacks and what's on the table so far?

I've just met a 4-year-old lettuce. Yes, for real. It was not a soggy bag of decay but growing happily in a friend's garden. She planted it originally as one of those ‘cut-and-come-again’ lettuces. You'd not expect it to last over a UK winter. But here it is four years old, full of bright new leaves to pick and sidling up to a huge self-seeded globe artichoke plant. These two plants may be old friends, chatting through the soil networks and possibly giving some mutual protection from slugs that plague her veg plot.

This reminded me how perennial crops are getting attention of late. I’m talking beyond the traditional and obvious perennials like orchard trees, rhubarb, asparagus and the like. I first heard about new perennial ‘crops’ from the Permaculture Association as they are key elements of agroforestry systems and food forests. They note that the Plants for a Future database lists over 1400 'tasty' perennials..

I was also on a panel with Guy Watson of Riverford a few years back when he urged us to start investigating more plants that survive year after year. It’s not so surprising such approaches are penetrating the very lively sustainable farming discourse right now. We need all the innovative tools in the book to build resilience against climate and other challenges.

Perennial crops are crops that – unlike annual crops – don't need to be replanted each year. After harvest, their unharvested parts will grow back for future seasons, allowing plants to stay in the ground. Many fruit and nut crops are naturally perennial, however now there is pressure to breed and test perennial alternatives to annual crops like cereals and oilseeds.

What is the potential?

Now George Monbiot has sensibly featured them in his new book, Regenesis: Feeding the World without Devouring the Planet, looking at food system solutions. Of all the possible agricultural technologies and techniques he looked at, he found this the most exciting. As he points out, the annuals, which dominate our food systems, are actually quite rare in nature - colonising fast to fill a niche where ground has been exposed, before the stronger perennials move in. Monbiot explores the different types that are being developed - such as Kernza wheatgrass which is the first to be marketed - and why they can help with the huge farm challenges ahead with more weather extremes and water stress associted with likely climate change. The Sustainable Food Trust challenge his enthusiasm suggesting the lower yields mean it is far too early to say if this is a "solution to the environmental problems associated with continuous arable cropping."

This is a fair challenge but it is fascinating to consider how the emerging knowledge on soil relationships - how the fungi, bacteria and other microbes, working with invertebrates and plants, help release and share nutrients and communicate - could be affected in perennial food crops. Could there be a far stronger mutual benefit than with annual crops, reducing further the need for inputs? Yield is not the only metric to consider.

Trees, shrubs and bushes could soon be joined by a perennial wheatgrass to replace wheat, a sunflower perennial to replace annual oilseed crops, and new legumes  The latter have the added advantage of fixing nitrogen in soils naturally (using a handy and ancient relationship with helpful bacteria which can draw nitrogen into soils) and replacing harmful proteins like soya in feeds.

Perennial legumes such as alfalfa could be used in multicropping systems and maybe the new support Defra recently announced should be used to investigate this.

Excitingly, studies have recently shown that using perennial legumes in smallholder systems do restore soil function and fertility. So well-designed intercropping systems - using more than one crop in the field - for agronomic (such as pest control by using repellent "push" plants and trap "pull" plants) and economic benefit could help reverse soil degradation.

A critical issue is productivity. Perennials will mean lower yields as more effort is spent below in the soil, building root structure, compared to annuals. They use land while establishing themselves and so there is a period when there is no yield. They are hard to put in a rotation too and that's a nuisance given the need for more diversity in farming (though multicropping could address that, mixing different crops such as perennial legumes with cereals). Weeds could be an issue and some animals such as rats or insects could find a permanent crop a rather handy home and reach problematic levels.

As some critiques point out, perennials are not a silver bullet and need much more work, but they are definitely part of a solution. They note:

“We’re not saying everyone needs to switch over to Kernza [perennial wheat] now, but to not invest in it as one of the important tools in our toolkit for improving agricultural sustainability seems unthinkable at this point,”

But the advantages of actual perennials are clear. And innovation is the buzz word right now when it comes to future support in farming.

There are breeding programs - through domestication of wild varieties or cross breeding programmes - to develop perennial and productive varieties of wheat, rice and maize, all critical staple crops. This makes sense given the huge challenges ahead of climate and extreme weather which could be better withstood by more resilient perennials. We need to ensure this does not lock in yet more monocultures, corporate control of seeds and reduced agrodiversity. Perennials need to be part of an agroecological future. And if they are a good fit but a bit lower yielding, that makes it all the more critical that we cut wasteful crop use - such as intensive livestock, crop agrofuels and food waste.

But we should embrace this innovation and invest in UK farmer-led research to see where perennial crops could be a good fit. Public research institutions could provide support for UK perennial breeding development and farmer led trials. Ultimately, if these crops do fit, and can deliver wider public goods such as soil protection, water retention and biodiversity gains, we need public support schemes to underpin them. Such rewards for public goods need to be matched also with support for the post farmgate processing, infrastucture and marketing investment such new crops will need. A while back, Sustain and members set out proposals for a crop agrodiversity support scheme in English Environmnetal Land Management schemes which this could fit well under.

Meanwhile I hope my friend's bountiful lettuce* gives her many more years of pickings. If not, as Garden Organic notes, there are many salady, leafy perennials to grow these days.

*Final note of caution - There is a plant called the “perennial lettuce” Lactuca perennis but it isn't a true “lettuce” plant and nor is it edible! 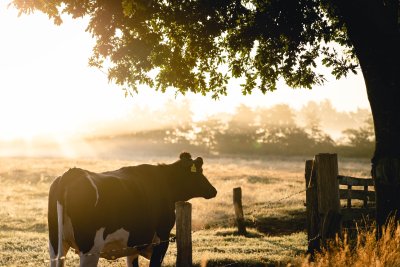 Campaigning for less and better meat with local authorities