US blocked breastfeeding protections - I know, I was there

Patti Rundall OBE, policy director of Baby Milk Action, gives an eye-witness account of US government bullying tactics to prevent global efforts to protect breastfeeding and restrict misleaing marketing of breastmilk substitutes. It wasn't "fake news", she says - it really happened - "I know, I was there". 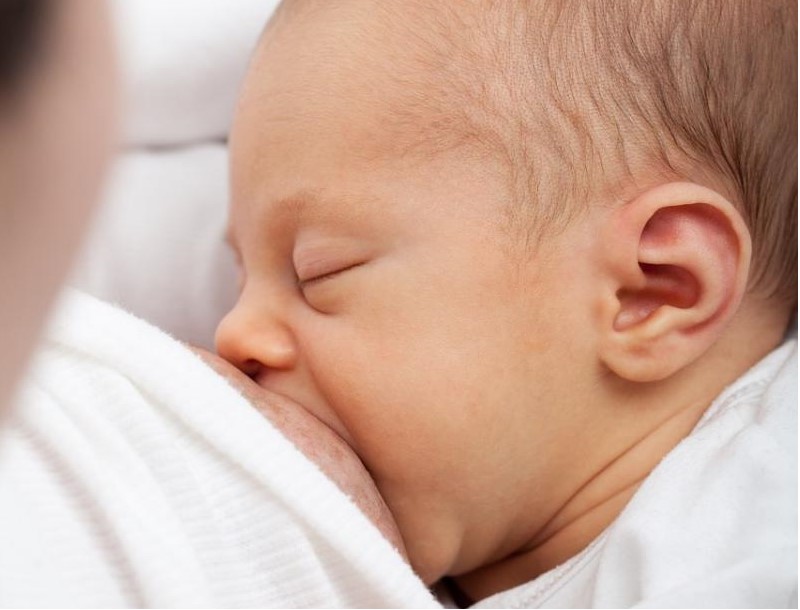 This week the New York Times published a front-page story about the  US government's bullying tactics at the World Health Assembly (WHA) in May 2018, to block global efforts to protect breastfeeding and restrict misleading marketing of breastmilk substitutes. I can confirm this happened, because I was there. The story seems to have astonished the US public and - with President Trump denouncing it as fake news - it has gone viral.

I attended the World Health Assembly as part of the International Baby Food Action Network team. IBFAN is the global network that has been helping governments and United Nations bodies such as the World Health Organisation (WHO), UNICEF and the standards-setting body Codex Alimentarius, to bring in Resolutions, standards and laws that stop misleading marketing by the baby feeding industry.

We have been doing this work for over 40 years with the aim of protecting child health and survival, and the rights of all parents and carers to independent advice and support - whether they breastfeed or bottle feed. In 1981, when the International Code of Marketing of Breast-milk Substitutes was first passed, WHO estimated that 1.5 million babies died annually because they were not breastfed and many more became ill. Today the estimate for child deaths is over 800,000.

In an effort to divert attention from the role in this scandal, the industry tries to present IBFAN as hardline breastfeeding fanatics. They fail to say how much we’ve done to reduce the risks of formula products, improve their quality and ensure parents are not misled. They like the discussion to focus on personal choices, as if those choices are not influenced by multi-million-dollar marketing.

The World Heath Assembly is the world’s highest health policy setting body, and since 1981 (when the International Code of Marketing of Breastmilk Substitutes was adopted) the World Health Assembly has debated infant and young child feeding every two years and adopted 17 or so new Resolutions. These resolutions are important because they help governments share their concerns and ensure that their marketing rules keep pace with the new marketing tactics, especially those that are fuelling baby feeding products sales.

The WHO and Food and Agriculture Organisation (FAO) are the UN parents of the Codex Alimentarius Commission – the body that sets standards for the global trade of foods and commodities. The mandate of Codex is ostensibly to protect consumer health and facilitate fair trade practices, however, these aims are threatened by the commercial and political interests of producer countries, and the Conflict of Interest rules that do not safeguard these aims effectively.

Few people know about Codex and sadly, hardly any consumer advocates turn up for its meetings, so the food industry has a clear run. IBFAN has been attending Codex meetings since 1995 when the World Trade Organisation was established and Codex standards became the benchmark for trade disputes. Codex is very much at the centre of this story about the US and I represented IBFAN at the Commission meeting in Rome, just last week (2-6 July 2018).

The US, true to form, once more blocked every move to raise the ensure that Codex does its job properly to protect consumer health - and in our case this means referencing the WHA Resolutions in all the standards that relate to baby foods and formula milk products. Since 1981 the baby food industry has invented a whole range of products for babies aged 6 to 36 months in order to get round marketing restrictions - that in many cases - for example in the UK and EU - only cover ‘infant formula’ suitable for babies aged 0 to 6 months. Despite global health consensus that these new products are not needed, may pose a risk to the health of young children, undermine breastfeeding and fuel the obesity crisis - their market is booming. I believe they are deceptively labelled - sharing the same branding as infant formulas for babies under 6 months and aggressively marketed with health, nutrition and convenience claims and traded world wide. The US wants its corporations to trade these products freely and to do that it must prevent other countries from bringing in laws to stop them.

To illustrate my point: I saw the US Under Secretary of State for Trade and Foreign Agricultural Affairs Ted McKinney make an opening speech, arguing that Codex has to remain ‘relevant’ for its ‘customers’ ie, the multinational corporations. His fear was clearly that if Codex was too strict, these ‘ customers’ would walk away. National or regional concerns, although important, were not really relevant for Codex as far as the US was concerned. Herein lies the core of our different perspectives.

I spoke directly to Mr McKinney after his speech, and told him that I fundamentally disagreed with almost everything he had said - for us, the protection of human health should be the central concern of Codex - not the speeding up of globally traded goods. We agreed to disagree but before he moved on he asked me a question about something personal: a close family member had been unable to breastfeed - what was I gong to do about that? I explained all the work we done at Codex to help improve product ingredients (reducing sugar, controlling additives in formula milks, etc.) and that our work is about ensuring that parents are not misled by marketing messages - it has nothing to do with pressurising women to breastfeed. The fact that US doesn’t provide its citizens with maternity protection and adequate support is his problem not mine and the failure of the US to do this is no reason to stop other countries setting safe standards.

During the meeting I made as many interventions as possible, about these issues and the quality of scientific evidence. But when the report of the session was being finalised, but again, true to form, the US delegation tried to delete or weaken the text of my interventions. Our call for more transparency in the nutrition committee - where recording is forbidden and the private sector sometimes speaks for governments - they considered irrelevant. Nor did they want any reference to WHO’s highlighting of the risks of foods high in sugar, salt, fat and transfats. Thankfully they didn’t win and we got these consideratinos in. But should we really have to fight so hard?

So where are we now? Thanks to the Russian delegation at the World Health Assembly we do have a new Resolution - but it is substantially weaker than the original text that Member States wanted. Not only that, it contains subtle flaws that might cause serious problems at Codex. We know that the US has no intention of bringing in laws to control marketing at home – so this threatening of less powerful countries with less favourable trade terms and a withdrawal of other support if they refuse to agree with them - is simply unacceptable. It has nothing to do with whether President Donald Trump cares about breastfeeding or not. Its about the the need of corporations to trade highly processed products globally and persuade every country in the world to ditch healthier approaches and their traditional food cultures.

Political discussions are still underway about how the UK will leave the European Union and the terms under which we will do trade with both the EU and the rest of the world, including the US. We will need to take care that we don’t end up bargaining away our children’s health in order to strike a trade deal with the United States.