The global picture - case studies from other nations

A sugary drinks (or "soda") tax has been implemented in a number of different countries already, as well as now the US city of Berkeley. Here is a quick round-up of what has happened where:

Mexico’s tax on sugary drinks has resulted in a 6% reduction in soda purchases in the country during 2014, with the year-on-year reduction reaching 17% by the year-end. Importantly, evaluation of the first year of the tax has revealed that the reduction was greatest amongst lower-income groups.[i]  Demand has also fallen in France (by 3.3% in 2012 and 3.4% in 2013), even more dramatically in Hungary, and also in Finland, since those countries introduced their versions of the duty.[ii]

City University's Food Research Collaboration produced a report in May 2015 giving more details about the different initiatives and their impact. Here are the 2 key tables: 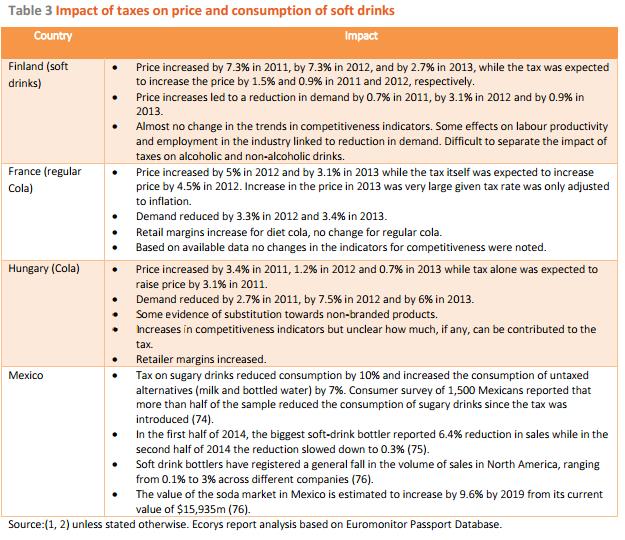 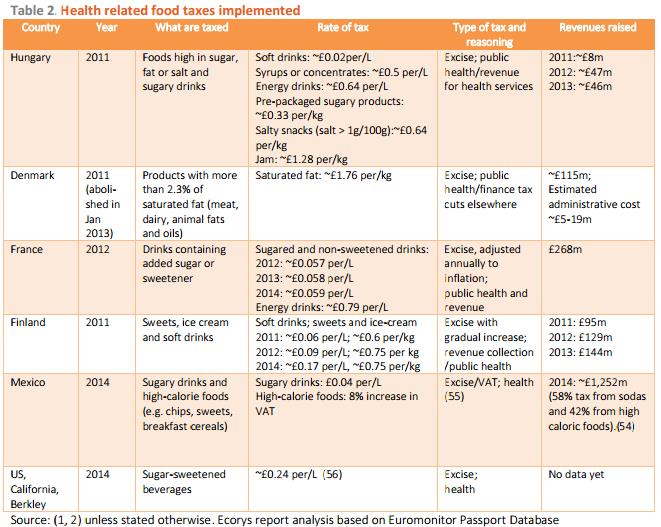 [ii] Ecorys. Food taxes and their impact on competitiveness in the agri-food sector. Final report for DG Enterprise and Industry. 2014.

Get the facts
What are the costs of obesity and diet-related ill-health?
What's wrong with sugary drinks?
A sugary drinks duty
A Children's Health Fund
Research - the evidence behind our campaign
The global picture - case studies from other nations