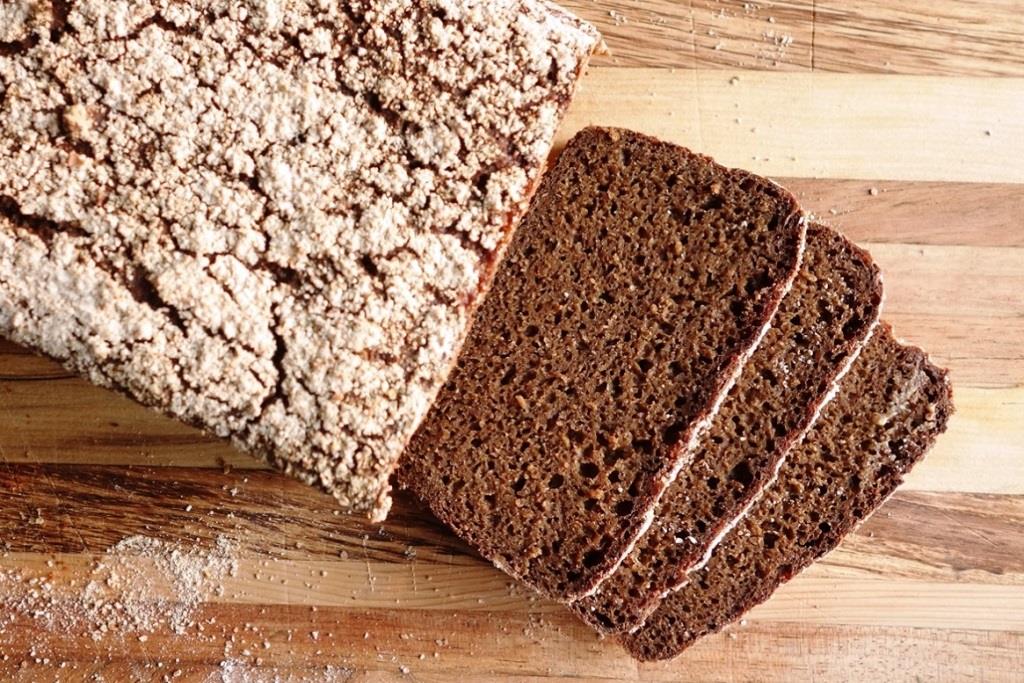 Having suffered the reputation of being the stodgy, sour-tasting cousin of the wheat loaf, rye bread is enjoying a revival in the UK. As more bakeries diversify their range, and with the growing popularity of Scandinavian cuisine - smørrebrød anyone? - it is becoming ever easier to pick up a rye loaf from your local bakery or a supermarket.

Being a hardy crop, well suited to a generally cold and wet climate, rye cultivation has a long history in Britain, with evidence stretching back to the Roman period. With the emergence of Anglo Saxon crop husbandry in the 8th century rye became one of the dominant grains alongside barley, wheat and oats. From the 1700s, however, sturdier and higher-yielding strains of wheat – and new farming techniques - started to be introduced, and wheat gradually began to overtake all others as the key grain crop. Coupled with the introduction of sieves that produced finer wheat flour, bakers were able to offer ever-popular whiter, lighter-textured wheat loaves more cheaply to much larger sections of the population.

Fast forward to the First World War and German blockades made scarce the imported wheat on which Britain’s bakers had become largely dependent. Rye was re-introduced as a domestic crop for use in the dark-coloured ‘War Bread’ produced to help prevent the nation going hungry. This contributed to rye’s association with deprivation and nailed its status as a secondary grain to wheat.

Rye’s recent history in the UK is in contrast to its continuing popularity in northern and eastern mainland Europe. In many countries it remains one of the dominant bread grains into the 21st century. While wheat plays an important role - and is often mixed with rye to produce lighter loaves - rye is the basis of many traditional breads and dishes from Iceland across to Russia and from Finland down to Bulgaria.

Over recent years, a wave of Real Bread bakeries with roots in Nordic and Baltic countries and cultures have begun offering people in Britain tastes of their deep and rich traditions. They include Ole & Steen, Fabrique and - of course - the Nordic Bakery to name a few.* Another, Karaway, is a rye specialist bakery with origins in the Baltics. A visit to our stall at Borough Market is an eye-opener to how versatile rye baking can be. From sticky, malty loaves to aromatic caraway rye-wheat sourdoughs, we believe that you will be hard pressed not to find a rye bread you love. Dare we say that, in the right hands, rye truly can make the best tasting bread? Don’t just take my word for it, though - testament to how delicious rye bread can be are the many Great Taste Awards ours have won – perhaps more for rye bread than any other bakery in UK over the past seven years.

A large part of the rising interest in so-called ‘alternative’ grains are their potential health benefits. As a nation, we are consuming way less dietary fibre than we should, which has potential negative consequences for our health. Fibre is a prebiotic (meaning it feeds the ‘good’ bacteria in your gut) and it also slows the absorption of sugar, reducing spikes in blood sugar levels. While not all grain varieties and flour types are equal, even lower extraction (lighter) rye flours tend to be higher in fibre than white wheat flours.

Using the USDA National Nutrient Database as a reference, there are further differences to rye’s nutritional profile, wholemeal rye is higher in magnesium, zinc and potassium than wholemeal wheat. Not that gluten is a bad thing for the vast majority of us, but rye has less of it and a weaker form of it than wheat, which can be beneficial for some people.

At a subjective level, there is definitely a lot to recommend rye bread. Microbaker Malcolm Heavens says that his customers reviewed his rye loaf as “deliciously dark, packed full of flavour and goodness.” Jeju’s Bakehouse owner and Real Bread Campaign ambassador Ameena Nur goes further, saying: “I love that growing rye puts nutrients back into the soil. I love the sweet, honey-like aroma of a rye starter. I love mixing rye dough by hand and being surprised as it proves. Baking it and seeing it transform is yet another joy.”

From mild, mixed rye and wheat sourdoughs, to rich, dark, malty wholegrain loaves, surely there’s a rye bread for every palette and every dish. If you haven’t already, please stray beyond the white wheat loaf (or even your go-to rye) as there’s a lot more discover!

*If anyone from these bakeries is reading this, our invitation to join the Real Bread Campaign still stands! [ed.]

Published in November 2020 as part of the Rye Smiles season, run by Rosehip + Rye, Karaway Bakery and the Real Bread Campaign.