Should I give bread to ducks and swans?

The jury’s out but the informed general consensus seems to err towards no, finds Chris Young. 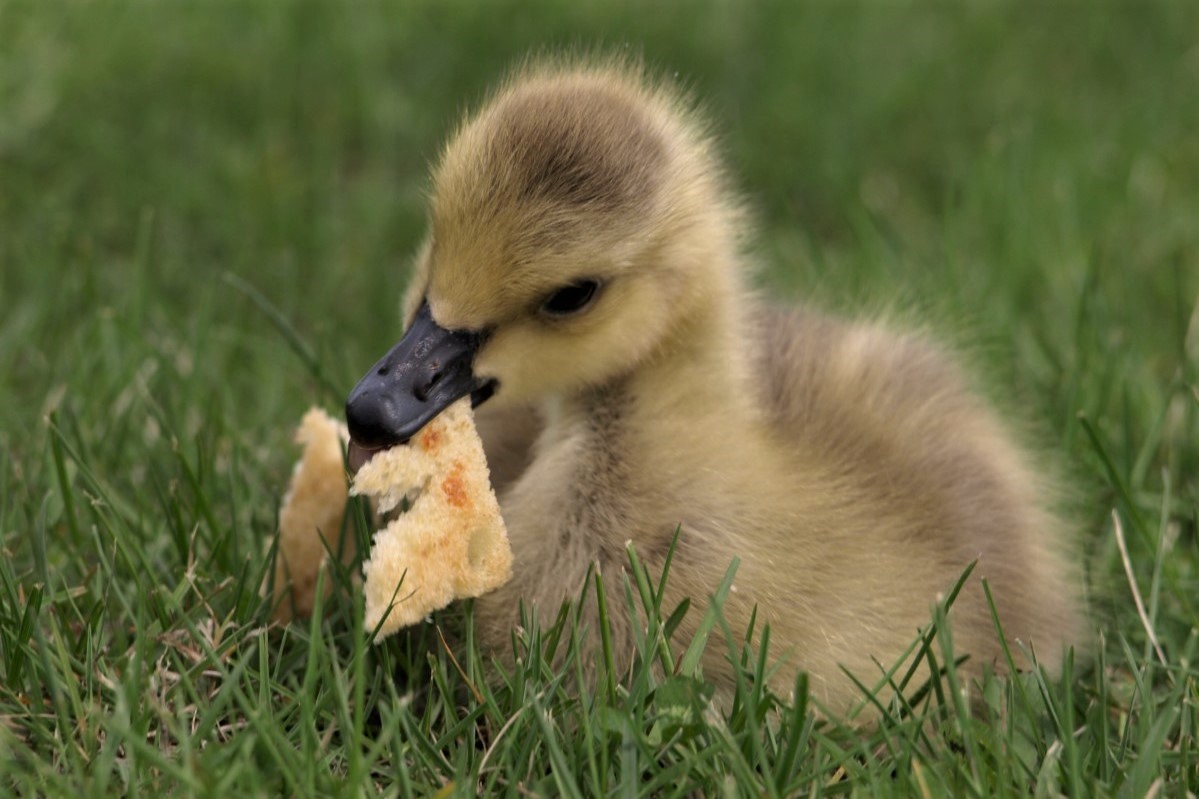 Although it seems that an occasional slice of bread (or even of an industrial loaf) won’t do a duck, swan or other waterfowl any harm, problems may arise if it becomes a mainstay of its diet.

While baked products can provide potentially useful calories in winter, they offer little in the way of the micronutrients that the birds need. Your slice may well not be the only one, in which case the cumulative empty calories might leave waterfowl full and fuelled up but, eventually, malnourished.

In addition, an abundance of food that birds don’t eat can attract rats and other vermin (as well as invasive species such as Canada geese) and can rot, which may stimulate algal growth that can take too much oxygen from the water, killing other wildlife.

Who says I shouldn’t?

The RSPB doesn’t seem to have an official position on feeding bread to ducks, however various spokespeople have made comments including: "Ducks wouldn't eat bread in the wild, it's junk food for them…”

The RSPB’s advice on feeding birds in general is “Bread does not contain the necessary protein and fat birds need from their diet, and so it can act as an empty filler. Although bread isn't harmful to birds […] its nutritional value is relatively low. A bird that is on a diet of predominantly, or only bread, can suffer from serious vitamin deficiencies, or starve.”

This is echoed by organisations including the British Trust for Ornithology, Swan Lifeline and The RSPCA (Australia).

A possible link to ducks left malnourished by eating too much bread (or industrial loaf) and a condition known as angel wing has been reported widely.

In addition, the Canal & River Trust notes that:

Killjoys! It’s only my little bless feeding them a little bit

Have you recorded how many other people do the same in a day or week, or how many slices they sling? Surveys by The Canal & River Trust concluded that millions of loaves are tossed each year in England and Wales alone. In short, in a public place you have no idea how many other people are feeding the birds.

The Wildfowl & Wetlands Trust’s advice underlines that “moderation is especially important in the spring and summer when an unbalanced diet can cause developmental problems for growing young birds. But moderation is hard to judge when other well-meaning people may also be feeding bread to the same birds at other times.”

There are other things that you can do with kids (or on your own) that really will help wildlife and other users of the park or wherever you are. The Wildlife Center of Virginia suggests that you can:

What can I feed them?

Radio 1’s Newsbeat notes the RSPB has advised that: ‘like health-conscious humans, it's advised that if you must feed ducks […] then you use something other than leftovers from a cheap white loaf.’

British Bird Lovers notes that ducks are omnivorous and that their natural diets differ between species, ranging from aquatic plants, to seeds, worms and even small fish.

Looking at various sources, the list of what is better than bread (or industrial loaves) includes:

Does anyone say it is okay?

As well as sign-writing ducks, in November 2018, the Queen’s Swan Marker issued a statement encouraging people to keep feeding bread to swans, writing that “it has become a very important source of energy for them, supplementing their natural diet and helping them to survive the cold winter months when vegetation is very scarce.”

He went on to quote Professor Christopher Perrins of the Department of Zoology at Oxford University as saying: “There is no evidence of a connection between feeding bread and angel-wing; at least some cygnets develop this condition without ever having seen any bread.”

Real Bread’s too good to give to birds!

There are ways you can slow staling to prevent waste and many recipes for the occasional leftover. If you keep having lots of leftover bread (or industrial loaves), stop buying or baking so much!

Remember that food thrown into the water that rots, feeds vermin, or contributes to bird malnutrition is food waste.

Why has this come up again?

In October 2019, a sign photographed in a Derbyshire park went viral on social media and reignited the debate about whether it’s okay to give bread (or industrial loaf matter) to waterfowl.
The sign (apparently published by ducks) quacked ‘It’s okay to feed us bread!’ It went on to claim that ‘some of us are dying of starvation’ because more people are starting to heed the ongoing advice not to.

According to a National Geographic article: “avocados, onions, citrus, nuts, chocolate, popcorn, carbonated beverages, and alcohol should never, ever be fed to ducks.”

...and if there’s uneaten food lying around already, take yours home.