In reassessing her life and finding ways to manage periods of depression, Emma Chesters discovered bread making as a path to calmness and also a new vocational career. 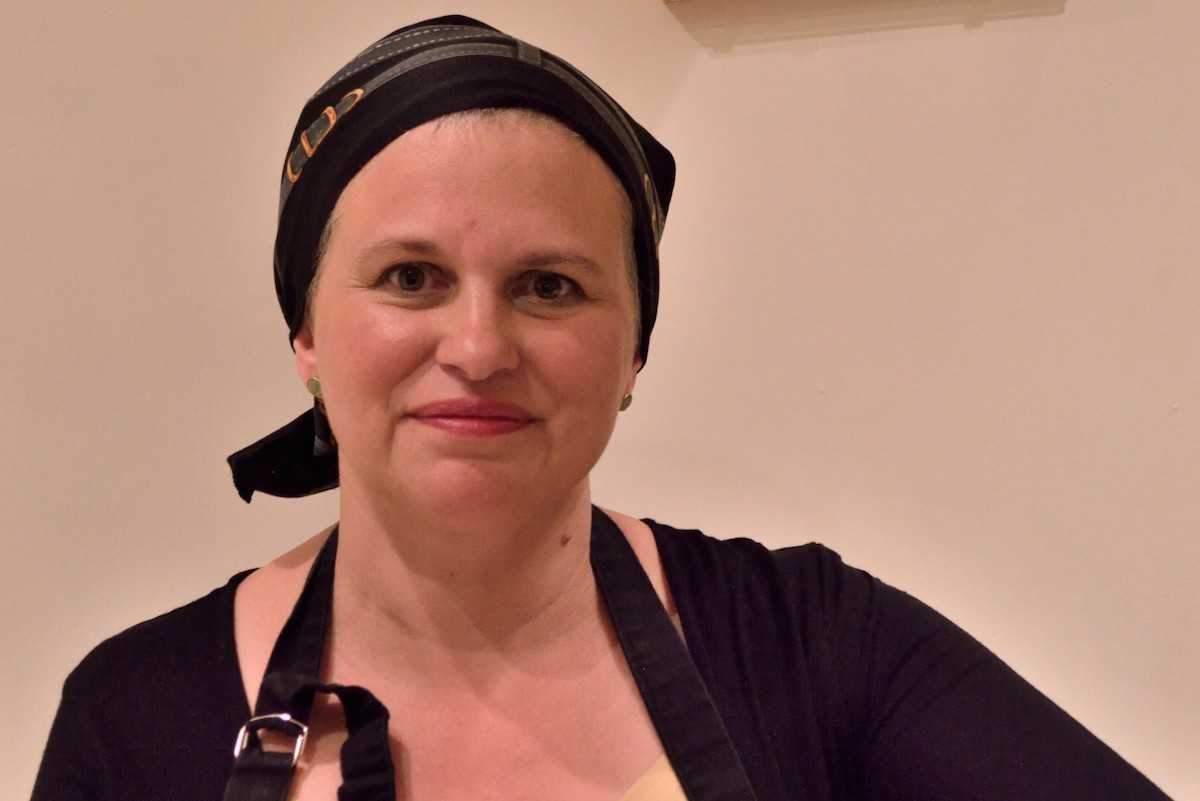 Although I didn’t start baking bread until I was in my 30s, it played a huge part in my formative years.  My grandmother had a bakery in north Wales and, even though she had retired before I was born, my earliest childhood memories are of sitting on her kitchen’s slate floor, loving the smells and eagerly anticipating the tastes to come.

When I left home to move to London, working as a magazine writer, one of my joys was being able to taste bread from around the world - bagels, pitta, challah, brioche, focaccia, ciabatta, naan, injera and of course there were plenty of artisan bakeries for me to enjoy beautiful fresh loaves. I was too busy working on my career as a writer and embracing a lively social life to cater for myself but I enthusiastically ate my way around the capital.

It wasn’t until my son was born in 1996 that I started cooking. I was suffering with postnatal depression and I found that the kitchen was a place where I felt calm.  I thought about making bread but then discounted it, unsure that I had the ability to create the alchemy between yeast and flour. Instead, I mostly made cakes, poring over recipe books and religiously following instructions.

Three years later, we left London and moved to Wales, close to where my Grandma had lived. She had died years before but it felt good to be back to my roots. I’d had another child and was still suffering with depression. The kitchen became even more of a sanctuary and it was there that I plucked up the courage to make my first loaf of bread. I wasn’t sure how to knead but in my mind’s eye I saw my grandma’s hand working the dough, pushing with the heel of her hand, bringing it back and turning it until the scraggy rough of dough became a smooth and soft ball.

The devotion to creating a loaf of bread made my mind focus. All those anxious thoughts that plagued most of my day, that incessant internal chatter, were hushed. That first loaf was might not have passed the GBBO technical challenge but my children and husband loved it and my mum paid me the best compliment, saying “tastes just like my mother’s did.” Making bread became a constant in my life. It cost me little in monetary terms and gave me an internal sense of peace and purpose and restored some of my lost confidence.

We moved back to south east England and not long after I was devastated by the deaths of my parents, who passed away within a year of each other. They were young, just 60, and the shock was hard to bear. Anxieties came back and I was so busy working and bringing up the children that my time in the kitchen was limited. I was writing again, but I didn’t feel creative, just stressed.

I went into hospital to have a routine operation but a complication resulted in peritonitis, then I had a violent reaction to the antibiotics and ended up being in hospital for almost a month. It was an awful, frightening time but lying in a hospital bed staring at the ceiling is a sure way of revaluating what is important. I thought about what I would do when I was recovered. Would I want to slip back into the old way of life that I hadn’t really enjoyed?

There was one thing I knew that I did want to do and that was to bake. I knew it would be hard to make a living from a microbakery but I also recognised from the loss of my parents, and being so ill myself, that we only have one shot on this life’s journey and that sometimes you have to go for it. I was extremely lucky that there is very special place called The Waiting Room here in Colchester. This community makers’ space has a professional kitchen that I was very kindly offered use of. Having watched the doctors and nurses, working so hard, marvelling at how they dealt with such difficult situations and saved people’s lives with seemingly limitless levels of patience and kindness, I felt they must truly be good souls. It was in tribute to them that I decided I would call my business Good Souls Bakery.

I started baking and taking my wares to the local farmers' markets, as well as selling bread, cakes and lunches at The Waiting Room and hosting pop up events at cafés.  Now I am baking bread every day and my love of turning out loaves hasn’t diminished even though it’s my job. That’s not to say there my life is stress free. I wish!

To get the most of out baking I like to start early before anyone else is up. I turn my phone off and don’t turn the radio on. I measure out the flour, yeast and salt methodically. I check the water is the right temperature. And then it begins. Mixing everything together, turning out the dough, punching it with the heels of my hands and then kneading. I don’t think about anything really while I’m kneading, just focussing on the repetitive movements. Just pushing, stretching and pulling the dough until it becomes smooth, shiny and elastic.  Getting to that stage creates minutes of peace.

There is no rushing the proving process; you can’t make it happen any quicker. Unlike many aspects of modern life there is no short cut to making bread.  Patience is initially rewarded by the sight of the dough climbing up the bowl and then the shaping. The smell that fills your kitchen once the dough is in the hot oven, that warm, yeasty aroma that enticingly teases one with the promise of the taste to come. And of course the greatest reward comes from eating a slice of your own homemade Real Bread.

The next step I want to take in my baking career is to help others to bake bread and do so mindfully, to undertake a task that that can absorb the mind, bring peace and nourish the soul and the body.