London 2012 set out with the ambition to be "the greenest Games yet", setting new standards for sustainability through its buying decisions and activities. For the first time for such a major international sporting event, food choices were high on the agenda in this ambition, in recognition of the enormous impact that food production and consumption has on our health and on the planet. In adopting a food buying policy to support health and sustainability, London 2012 has also sought to have a lasting impact, influencing commercial food buying practices for many years to come.

Together, caterers that serve well over 100 million meals a year have adopted the London 2012 sustainable fish standards. This is impressive progress, but there’s still a long way to go. All organisations that buy catering services for meetings and events should adopt a sustainable fish policy. It’s easy, affordable, and is a worthy legacy for London 2012. 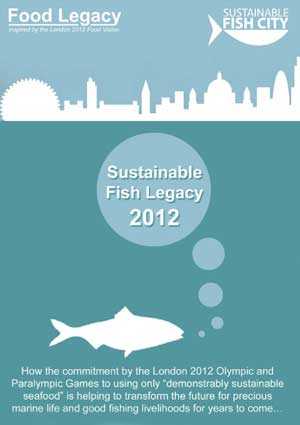