A new report by Sustain members on gene-edited animals highlights the complexities of this emerging issue. The report follows the day long roundtable, co-hosted by Beyond GM, as part of its A Bigger Conversation initiative, and Compassion in World Farming. 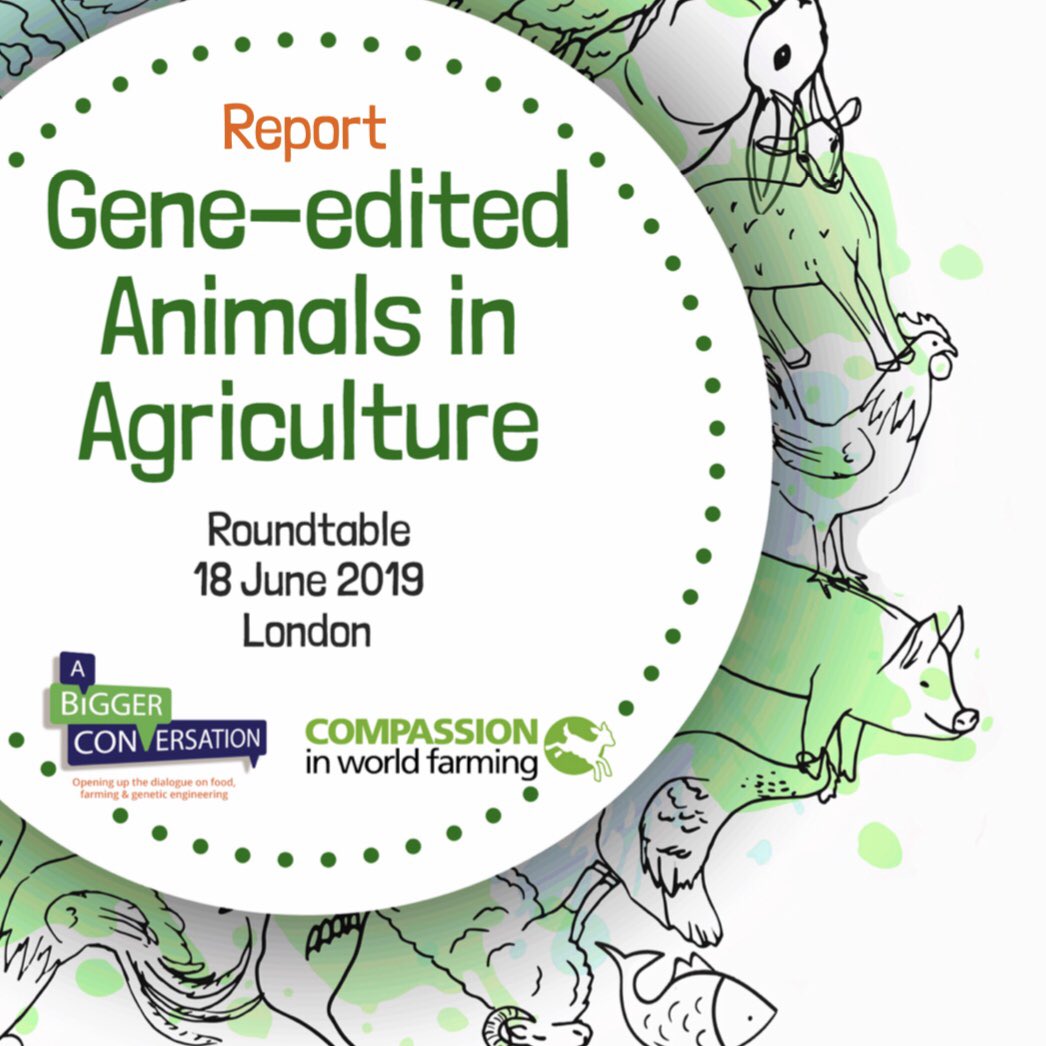 The roundtable, which took place in London in June, brought together UK and EU animal biotechnology scientists, ethicists, veterinarians, academics, faith groups, policy makers and others gather together to explore in greater depth a range of issues around gene-edited animals. These included whether there is a need for such animals, what the ethical and philosophical issues around this technology are, what the alternatives to gene editing are and also how we assess risk and monitor outcomes pre- and post-marketing.

Importantly, it shows surprising agreement amongst a diverse group of individuals that – in contrast to widespread reporting – the uses for gene-editing in animals are likely limited and that regulation of this technology is important for consumer protection and confidence, now and in the future.

Until recently the use of gene editing in agriculture has mostly focused on plant species. The discussion becomes more complex, however, when emerging uses, for example in sentient creatures, are considered.

While gene editing in human beings has attracted a great deal of media, and therefore public attention around both the science involved as well as ethical issues, gene-editing of animals, especially those intended for the human food chain, have yet to benefit from the same depth of discussion. More often than not, discussions about gene-edited animals are focussed on claims made about what the technology can achieve, how it will be regulated and, in some corners, what can be done to remove regulatory restrictions altogether and hasten these products to the market.

As this report shows the issues around gene-edited animals are much more layered and nuanced and far from being a settled issue, it is a discussion that has only just begun and one which is evolving rapidly and which deserves much more in-depth discussion

Dr Nick Palmer, Head of Compassion in World Farming UK, notes:  “This roundtable was a very useful discussion of a subject that everyone is vaguely aware of but not many have really put into clear focus.”

Pat Thomas, Director of Beyond GM adds that for those new to the subject the report provides a readable but substantial entree into its intricacies.

“Allowing the report to follow the conversation as it unfolded gives tremendous insight into the complexities of the subject. But it also reveals a willingness amongst the participants to try and communicate, even when they disagreed. While there were areas where there was not much agreement, there were some themes around which the group coalesced. These can be built on in future work.”

Sustain members Beyond GM and Compassion in World Farming will be convening a second roundtable on this issue, with a more widely European focus, in Brussels in early 2020.

Friends of the Earth, who are also a member of the Sustain alliance, recently published a report in which they argued that gene-edited animals will 'intensify factory farming and the climate crisis'.