London Challenge Poverty Week kicks off this week, 17 – 23 October. Amidst a stark cost of living crisis following a decade of eroded living standards, Londoners on the lowest incomes are being hardest hit. With talks, panel discussions, webinars, film screenings, a play and more, the week will celebrate brilliant work being done in the capital to alleviate poverty, and rightly hear from those most qualified to speak about it – people in poverty themselves. 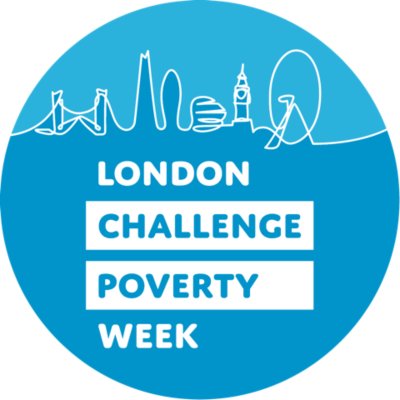 Every year in October London Challenge Poverty Week brings together people from across the voluntary and community sector who work on poverty, as well as people with direct experience of poverty and allies, to shine a light on the blight of poverty in the capital as well as what can be done to address it.

This year the week takes place in the middle of the worst fall in living standards in over 40 years, which is of course most damaging to those already facing poverty. Social security and wages have been eroded for more than a decade meaning those already in poverty have few resources left to weather the storm. Which is one reason that hearing from those with direct experience of poverty is so important if we are to tackle the problem – a cornerstone of the week.

The week has a range of events on offer, online and in person. You can check them out here. Sustain is particularly excited about the events on offer that reflect people’s lived experience of poverty, such as ADT Fourth World’s play and film screening co-created with lived experience of poverty, or events that take a systemic analysis of the root causes of poverty such as two film screenings, one about the hostile environment and the other about class.

As part of the week Sustain are supporting the Mayor of London's team to convene a Borough's Food Group online meeting with a focus on cost of living. The two hour event include speakers from Local Authorities as well as a guest speaker from the Poverty Truth Network.