On 13 October, Capital Growth ran a School Marketplace at City Hall for schools from across the capital to sell delicious fruit, vegetables, preserves and other treats from their school gardens. 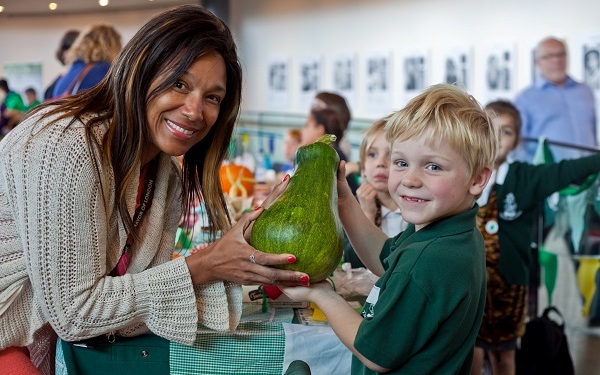 Marketplace schools took part in three competitions throughout the day: Best Dressed Stall, Most Enterprising Product and People’s Choice. Judges from Capital Growth and Bulldog Tools were faced with a tough choice as each school had dedicated significant creativity, effort and attention to their Marketplace offerings.

In the end Rokesly Junior School was awarded Most Enterprising Product for their creative and ambitious use of pumpkins, and Holy Trinity C of E Primary School won Best Dressed Stall for their excellent table display. After tallying over a hundred votes, Kelvin Grove Primary School of Lewisham brought home the People’s Choice Award. Bulldog Tools graciously donated a set of tools to each school garden, including a space, fork and two hand tools.

Find out more about the support that Capital Growth provides schools on the website.