New research has exposed the poor nutritional quality of many foods marketed for babies and young children. 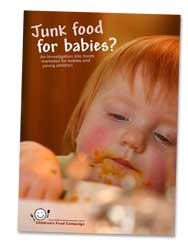 New research from the Children's Food Campaign has exposed the poor nutritional quality of many foods marketed for babies and young children.

The survey of more than one hundred foods marketed for babies and young children, all found in mainstream UK supermarkets in spring 2009, exposes just how high in saturated fat, salt and sugar many of these foods are.  Only half of all the products surveyed were low in saturated fat, salt and sugar (see note 8), and for Heinz products this figure was just one in four.  In the case of Cow&Gate, one in nine products were high in sugars (more than 15 per cent).

Children's Food Campaign joint-coordinator Christine Haigh said:
“The results of this survey are staggering.  Many foods marketed for babies and young children are often advertised as “healthy”.  In reality, in terms of sugar and saturated fat content, some are worse than junk food.  In particular, failing to correctly label products that contain dangerous trans fats is outrageous.”

The results of the survey follow those of an investigation in 2000 by the Food Commission which exposed the high levels of sugar in baby biscuits, and urged manufacturers to reduce the amount of sugar in these products.

Christine Haigh added:
“Nearly a decade on, the new survey demonstrates that some companies have taken virtually no action to improve the healthiness of products marketed for babies and young children.”

In addition, Cow&Gate failed to provide our researcher with the requested summary of the nutritional information for all its foods marketed for babies and young children.

In the light of this evidence and the refusal of manufacturers to improve foods marketed for babies and young children, the Children's Food Campaign is calling on the government to take the following action to protect children's health: Obtain a commitment from all companies that produce food marketed for babies and young children to reformulate their products to remove transfats and reduce the amount of saturated fat, salt and sugar; and develop labelling that enables parents to see at a glance whether the food they are buying for their baby is healthy.

Download the "Junk food for babies?" report as 265kb PDF

1. A researcher from the Children's Food Campaign spoke to Cow&Gate in December 2008 to ask about the trans fats in their products, and was told that they were “pretty sure” that there were no trans fats in the baby biscuits, as “we're so strictly regulated”, but that they would check with a nutritionist.  Cow&Gate called back two days later and admitted that their Baby Balance Bear Biscuits do contain trans fats, but they assured our researcher that trans fats aren't any worse than saturated fats and that it is the whole diet that matters. Our researcher was told by Cow&Gate that tiny amounts of trans fats don't cause a health risk, and that they were very tightly regulated and if there was any concrete evidence that the trans fats were dangerous, they wouldn't be allowed.  We reported this to the Food Standards Agency, who have taken action to notify Cow&Gate of labelling requirements and issued the following statement:  “In light of advice from the Scientific Advisory Committee on Nutrition on the adverse effects of trans fats on the risk of coronary heart disease, the Agency welcomes the voluntary action by the UK food industry to reduce the levels of artificial trans fats in our foods. We encourage food producers to reduce the levels of artificial trans fats in our foods to a minimum, without raising saturated fat levels. This can be achieved through the removal of partially hydrogenated vegetable oils (that contain high levels of trans fats) and through the use of fats and oils in food production in which trans fats have been reduced to a minimum (1-2%).”

3. The Children's Food Campaign – http://www.childrensfoodcampaign.org.uk/ - works to improve children's health and well-being through better food - and food teaching - in schools, and protecting children from junk food marketing.  We are supported by over 300 national and local organisations and 12,000 members of the public.  The Children's Food Campaign is coordinated by Sustain: the alliance for better food and farming and is funded by the British Heart Foundation.

4. The survey was carried out between 27 and 31 March 2009, analysing the nutritional information provided for 107 baby foods available from UK supermarkets.

6. When our researcher emailed Cow&Gate in March 2009 to request nutritional information for the company's food marketed for babies and young children, she was told that “Unfortunately we do not have a complete list of ingredients for all our foods to send you.”

7. All comparisons are weight for weight, based on “per 100g” declaration by manufacturers.

8. According to official “high” and “low” levels of these nutrients for foods as given by the government's Food Standards Agency.  For more information see http://www.eatwell.gov.uk/healthydiet/fss 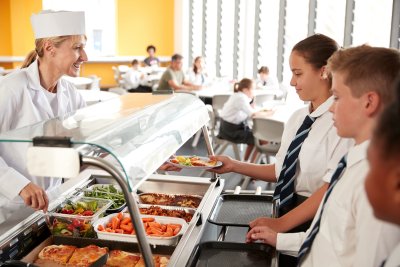