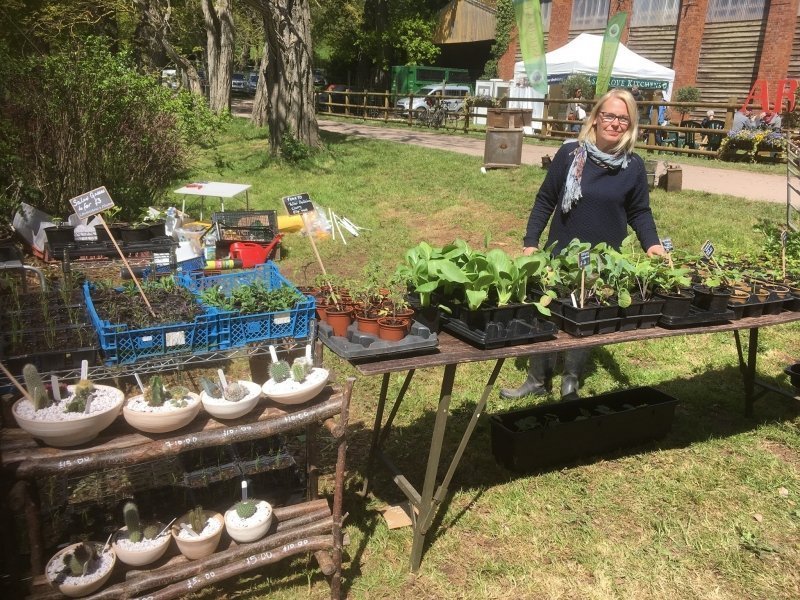 Food Exeter is one of 13 organisations that got a Sustainable Food Places grant to run a Veg Cities campaign. Initial plans included launching two new community markets offering locally produced fruit and veg alongside a ‘Buy local’ campaign. These were to be held in community centres, with the centres offering free space for at least a few weeks, to support the markets becoming viable over a period of time. As part of a different project, Food Exeter had a large database of local producers and processors of local sustainably produced food. This meant the food partnership had willing producers lined up for the new markets.

Covid-19 and the social distancing regulations introduced in March resulted in the closure of the community centres, ending the plans for community markets but the team quickly adapted and started to put their sights on an online market. Food Exeter had contact with a local not-for-profit enterprise that was running an online shop, and realised that this could be a Covid-proof way forward for the goal of getting more local produce, especially vegetables, to local people. Coincidently, Food Exeter was receiving advice from Tamar Grow Local, a local CIC that acts as an umbrella for local co-operative enterprises and ventures, and benefited from their know-how to set up a new online route for local produce.

A key decision was to form a new community benefit society, Good Food Exeter, as Food Exeter felt that the limitations on primary trading for a charity might get in the way, but also because they could see the value of having a social enterprise vehicle to take forward food-related enterprises in Exeter. They have adopted a simple model to deliver more affordable sustainable food of online ordering with everything delivered to one pick-up location, once a week. Ironically, the pick-up location is a shut-down community centre!

Good Food Exeter framed the venture as an online farmers’ market, not a shop, with the idea of selling what is fresh and available each week. A key factor for anyone else considering this option is the need to have a really strong lead on the IT/ Open Food Network platform. Running a shop or farmers’ market through Open Food Network does require someone who is confident with IT, online forms, excel and is patient and thorough due to the amount of administration in the initial stages of the set up. Food Exeter have been incredibly lucky in that the existing employee has taken all this on her stride and has the right skills.

Good Food Exeter is set up and are in the countdown to launching 9 June. It has been a white-knuckle ride, both due to Covid-19 barriers and shortage of vegetables in the ‘hungry gap’ period, but the response from smaller local producers has been fantastic. There are great sustainable local producers out there, but initiatives are needed to get that food from field to fork at affordable prices.