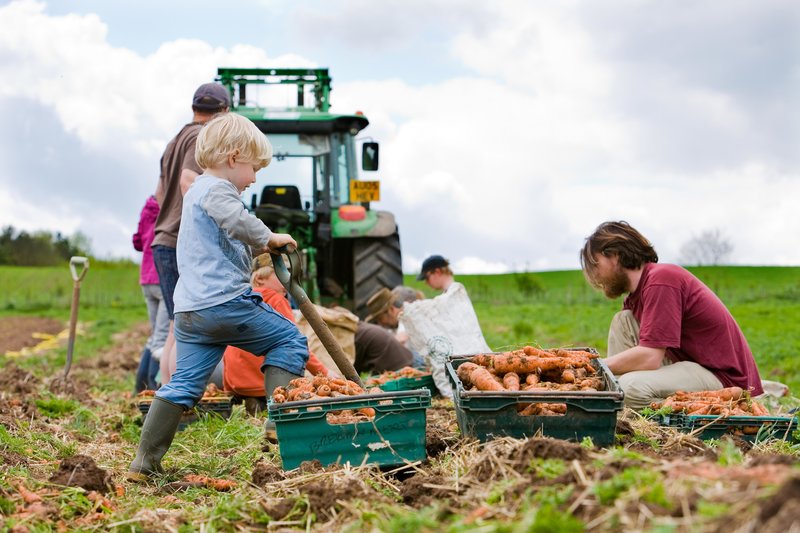 Maresa Bossano, CSA Network UK co-ordinator says: “The growth in the number of CSAs setting up over the last two years, as well the number of those contacting the CSA Network UK for advice, shows the public appetite for fresh, local food, as well as the dedication of small farmers producing sustainable food.”

CSA Network UK launched in Stroud in December 2013 as a new organisation, to promote community supported agriculture and support CSA schemes. It has been operating independently of the Soil Association since April 2015.

What is a CSA?

The CSA movement began in the UK in the late-1990s to counter the negative effects of industrial agriculture by reconnecting people with fresh local food produced with ecological farming methods.

The CSA model connects people to an ecological farm through a membership scheme which supports the farmer both with finance and community involvement. In return, members receive weekly fresh produce, and opportunities for volunteering, training, children’s activities, and celebratory events to mark the seasons.

CSA Network UK is reaching out to new supporters this summer

“With its abundance of fresh produce, summer is a great time to encourage supporters to join. The CSA Network UK is open to anyone who supports a fairer local food system. Supporters get discounts as well as the knowledge they are supporting the real food revolution.” Maresa Bossano