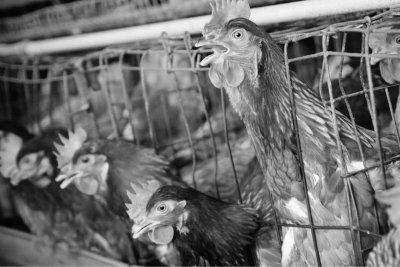 Take action: Find out how much your council’s pension is invested in industrial livestock, and call on your council to divest

Feedback and World Animal Protection are calling on responsible companies and institutions to divest from damaging industrial livestock production, especially as part of local authority plans to play their part in achieving Net Zero greenhouse gas emissions. In the report, they reveal the top 10 UK local authority pension funds with the largest investments in industrial meat and dairy companies, with the West Midlands (£35.9m), Swansea (£12.4m) and Strathclyde (£10.3m) investing the most, of those who declare their investments publicly. Clwyd, South Yorkshire, Avon,  London Borough of Greenwich, Merseyside, Durham and Greater Gwent (Torfaen) are also in the top 10; with Essex investing the most in industrial soya production (£6.6m).

The fossil fuel divestment movement has been successful in removing investment from climate-damaging industries: 1,485 institutions globally representing over $39.2 trillion in assets have already committed to divest from fossil fuels, helping delegitimise these companies and pave the way for regulation.