The Advertising Standards Authority (the ASA) has found that McDonald’s has breached rules that are meant to protect children from unhealthy food marketing following a complaint from the Children’s Food Campaign. 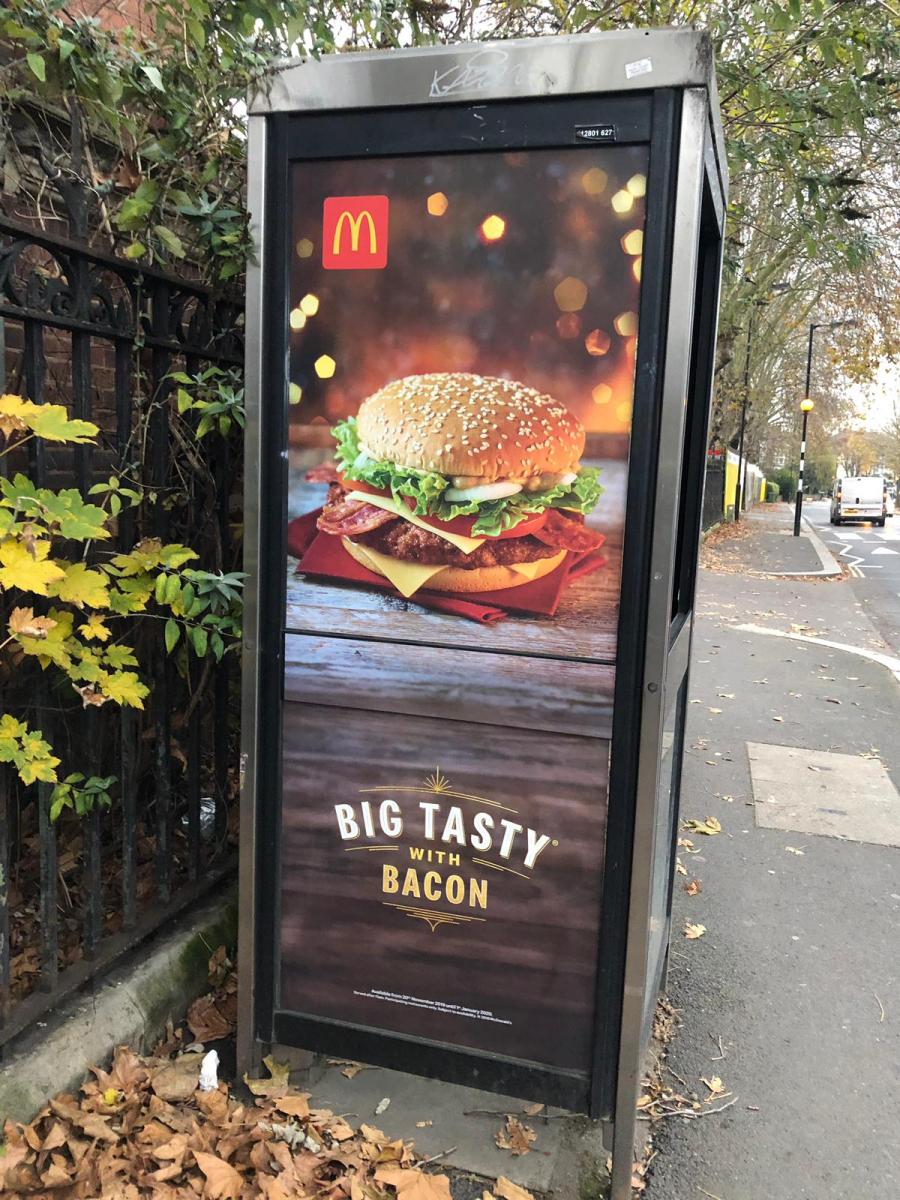 The advertising regulator restricts advertising of products that are high in fat, salt and/or sugar (HFSS) within 100 metres of schools. The McDonald’s advert for Big Tasty with Bacon - which is HFSS - was seen on a telephone box outside school gates.

McDonald’s claimed that because it was a new school, it had not appeared on the advertisers’ blacklist - the industry’s record of school locations. The ASA agreed to close the case after it was confirmed that:

More than two weeks later (which is weeks after the complaint was raised), however, the Children’s Food Campaign has seen the advertisement still in place outside the school.

Past offences not policed

It’s not the first time McDonald’s has fallen foul of the regulator. In the last 14 months, the ASA has found the company breached the rules by advertising outside a primary school and advertising to children online.

Without a penalty system, there are no repercussions for companies that don’t play by the rules. Further, the ASA was unaware the advert had not been removed until it was brought to their attention by the Children’s Food Campaign.

"Without the power to levy fines or other penalties, the ASA has no teeth and as a result we are seeing companies break the rules time and time again. In this case, the company disobeyed the ASA and then lied about having done so. If a child had done this in school, they would expect a detention at the very least but McDonald’s gets off scott-free. We call for the ASA to have and use powers to levy fines on companies whose advertisement breaks the rules."

"There is clear evidence that junk food adverts are highly effective in making sure unhealthy products are firmly centre stage in children’s minds. And with one in three children affected by overweight or obesity, they deserve much better protection from unscrupulous food companies who are prepared to break the already weak rules, just to keep their junk food products in the spotlight."

The Children’s Food Campaign lodged a complaint in November 2019 about a Big Tasty with Bacon McDonald’s advert found close to a secondary school in South London. The Advertising Standards Authority agreed to informally resolve the complaint in December 2019 and published minimal information on their website on 8th January 2020.

You can read more on this story in The Grocer.

About the Children’s Food Campaign

Children’s Food Campaign (CFC) aims to improve children and young people's health by campaigning for policy changes in our schools, in our communities and throughout our society that would promote healthy and sustainable food environments. The Children's Food Campaign is supported by over 100 UK-wide and national organisations, including children’s and health charities and professional bodies, trade unions, school food experts and environmental organisations. It is a project of charity Sustain: the alliance for better food and farming. www.childrensfood.org.uk

The Children’s Food Campaign is calling for a number of measures to close various loopholes to protect children from junk food marketing and promotions that influence children’s preferences and likely increased consumption of excess sugar and calories. These include:

About Sustain
Sustain is the alliance for food and farming advocates food and agriculture policies and practices that enhance the health and welfare of people and animals, improve the working and living environment, enrich society and culture and promote equity. We represent around 100 national public interest organisations working at international, national, regional and local level. www.sustainweb.org

Children are still seeing twice as many ads for junk food, as for alcohol and gambling, according...

What the world is doing to improve our health

Some festive hot drinks sold in high street coffee chains have as much sugar as three cans of Coke,...

Children's Food Campaign and Food Active have launched a new survey of parents to find out...

Skipping breakfast has been linked to lower GCSE grades

Research by Leeds University has found that students who rarely ate breakfast on school days...