We summarise some recent coverage on food standards in the United States, and letters we’ve sent to the papers in response. This comes as the UK government has hinted that it might begin formal trade discussions with the US ahead of the EU. 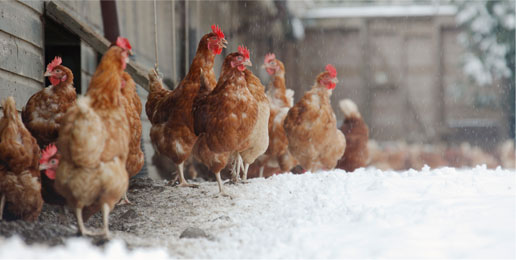 UK trade negotiators have already had a number of meetings with their US counterparts. You can read about the main food and farming issues here. Sustain is concerned that signing off a deal with the US first could lead to the UK being locked into lower food, farming, labour and animal welfare standards and prevent us making improvements to our own farming system.

Former Telegraph editor Dominic Lawson penned a piece (£££) for the Sunday Times (12 January), arguing the case for the UK accepting chlorinated chicken in a future trade deal with the United States. He argues that there is no evidence that there is any harm to humans from chlorine washes and that the UK can’t complain on animal welfare grounds as our own standards aren’t high. Ignoring the limitations of current UK food labelling legislation he finishes on the point that the UK consumers should be given choice to buy chlorine chicken, as long as it’s labelled.

The piece was subsequently rebutted by Lord Rooker, former Chairman of the Food Standards agency. He pointed out that US figures show that annually 15% of the population in the US suffers a food borne illness, versus less than 2% in the UK.

He also reminded readers that there is an estimated 420 deaths a year in America from salmonella – versus no deaths in the UK in recent years (though salmonella was a contributory factor in one death in 2017). As he asks, “Who wants to be the minister that introduces American food-borne illness rates to the UK?”

Last week the NFU and FoE joined forces and drafted to Theresa Villiers, written up by the Times, calling on the government to legislate before trade negotiations open with the US so that existing agricultural rules can be preserved. They also argued that food producers must not be “undercut” by regulations introduced for overseas rivals as a result of deals with America and Australia.

The Times followed this up with an editorial (Monday 20 January) again arguing that the UK was in no position ‘to lecture America on welfare standards and that “Some 94 per cent of chickens in Britain are intensively reared”. As with the Lawson piece, the editorial tries to make the case that the UK consumer should have the choice to buy chlorinated chicken, as long as it is labelled.

"Your editorial (“In a Flap”, Monday 20 January) makes a case for the UK accepting chlorine chicken in a US trade deal but fails to acknowledge that UK consumers have already rejected the idea – most recently in a ComRes survey which found 84% of UK consumers support the view that food imports should match British standards.

Only 16% of UK consumers were willing to accept lower animal welfare standards in exchange for lower prices.

"Your piece argues that UK consumers can simply choose whether or not to buy the chlorinated chicken, but how will they know? There is no requirement on food producers to inform UK consumers about whether or not chlorine was used, neither are restaurants nor caterers required to say where their meat is from. So we simply won’t know we are eating it.  We don’t want future trade deals to lock us into low standards – we need to keep improving, not regressing.”

“Last week Dominic Lawson wrote a piece for the Sunday Times (“Banning US chicken will slaughter a trade deal”), pointing out that the US has, with admirable openness, already made its intentions for a future trade deal with the UK clear: it wants us to lower our food standards and accept chlorinated chicken and hormone injected beef on to our supermarket shelves.

“But a recent ComRes survey found 84% of UK consumers support the view that food imports should match British standards.  Only 16% were willing to accept lower animal welfare standards in exchange for lower prices.

“It remains a fact that US standards on food, animal welfare and the wider environment are much lower than the UK’s. For example, the US Animal Welfare Act does not cover farm animals and US livestock receive more than five times as many antibiotics per animal as British livestock, because they are often kept in unhealthier conditions.

“In an interview at the Oxford Farming Conference, the environment secretary Theresa Villiers said that in trade discussions the UK would defend “our values, including our high standards of animal welfare”. In our view, we not only don’t want future trade deals to prop up poor farming systems elsewhere in the world, but we also want the freedom to improve our own standards – not regress.

“Furthermore, Mr Lawson argued that UK consumers should have the freedom to buy American chicken, as long as it’s labelled - but how will they know? There is no requirement on restaurants or caterers to say where their meat is from and food producers don’t have to inform UK consumers about whether or not chlorine was used. So we simply won’t know we are eating it.”

Suzi Shingler, Campaign Manager, Alliance to Save our Antibiotics 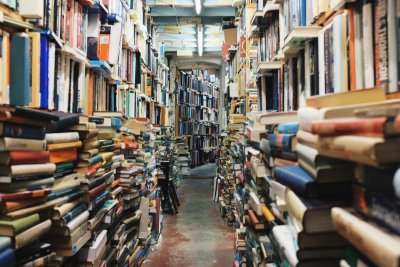