Environment Secretary refuses to rule out US acid-washed chicken imports

Environment Secretary George Eustice MP has failed to rule out the import of acid-washed chicken in a post-Brexit trade deal with the United States, in two separate broadcast interviews this weekend. 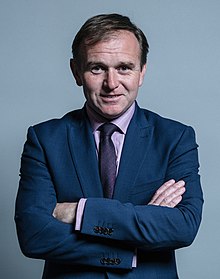 George Eustice told The Andrew Marr Show on BBC 1: “Retained EU law has brought across both the prohibition on sale of chlorine-washed chicken and also a prohibition on the sale of hormone-treated beef. Those prohibitions remain in place.”

Andrew Marr: “And you’re sticking with that as a government, despite the fact that the Americans are furious about that?”

George Eustice replied, “I’m not really sure the Americans should be furious about some of these things. If you look at the poultry sector, very few of American producers use chlorine, they use other disinfectants such as lactic acid. There is room for a sensible discussion here because we also use lactic acid on some species, notably on beef. We don’t use it on poultry. There’s a discussion to be had.”

Speaking later on Sophy Ridge on Sunday on Sky News, he said: “It is already illegal in this country to sell chlorine-washed chicken or indeed hormone beef. But the important thing is we believe passionately in this country about our food standards and our animal welfare standards.

“We are absolutely clear as a government that we will not take risks either with our food standards and that when it comes to animal welfare we will be projecting our views on animal welfare on the international stage.”

Interviewer Sophy Ridge pressed the Environment Secretary on whether or not it would be a red line for the UK trade negotiators and Mr Eustice said: “I am not quite sure why the US would make such demands because chlorine washes on chicken are outdated and it is not really used by the US any more. What they tend to use these days are lactic acid washes. We won’t make any moves on our standards. We have got a clear position in this country that it is illegal to sell chlorine-washed chicken, illegal to sell beef treated with hormones. We have no plans to change those things. But equally I would say it’s not the case that the US uses chlorine washed chicken anyway.”

The Minister’s comments were made shortly before an explosive investigation conducted by the Daily Mirror into conditions on American chicken farms emerged. You can read about the terrible conditions they reported here.

You can read more on the Environment Secretary's comments in The Daily Mail here, and The Times here.

New report on the unacceptable costs of growing chicken consumption

Chicken is often seen as an affordable source of protein and has been recommended by some as a good...

Two rashers of bacon saltier than eight packets of crisps

Survey findings by Action on Salt reveal the astonishing and varying levels of salt found in bacon...

The new London Community Response Fund is now open to applications, to help voluntary and community...

Grassroots charities can get grants to support vulnerable people through Covid-19, via Community...

Food Foundation analysis shows that Covid-19 will leave millions of people unable to access the...

Where can I find flour?

Looking to score some of the white stuff, or a bit of brown? You’re not alone.