Maresa ran a workshop on food co-ops at the South East Fresh Ideas Network event and gave a presentation on funding at the London food co-ops event. Maresa has also started to edit and compile the food co-ops toolkit, which is scheduled for release in Spring. The fourth issue of the food co-ops newsletter has been sent out to over 200 contacts.

To support food co-ops and buying groups in London, project officer Suzanne Natelson's work has focused on consolidating the links between London's food co-ops and assisting with their marketing and publicity work. Working with the Greenwich Co-operative Development Agency, Suzanne organised a networking and training meeting for 10 food co-ops in London, including some Primary Care Trusts (PCTs). Since this meeting Suzanne has established a food co-op email group and organised a publicity drive to help promote community food projects in London including food co-ops. 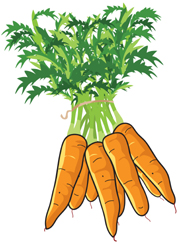 In London, Maresa has also worked with Sustain’s project officer Suzanne Natelson, who has been researching food co-ops in London, with some of the food co-ops agreeing to participate in marketing trials. Research into needs assessment has involved contact with a variety of organisations and national bodies in England, Scotland and Wales, and culminated in a London-wide food co-op training and networking event in October organised with the Greenwich Co-operative Development Agency.

Electronic food ordering system
Together with fellow MLFW project officer Clare Horrell, Maresa met with Local Food Links in Dorset to discuss development of a specialist IT ordering and stock management system, which is likely to be useful to food co-ops, which sometimes lack the necessary business skills to manage money and track food orders.

Sustain project officer Maresa Bossano has provided advice and written guidance to four potential new food co-ops in Burnley, Rochdale, Tottenham and Herne Hill, and has met with the Fresh Ideas network co-ordinator to discuss joint work in the Southeast. Maresa has also produced the first issue of the newsletter on the Food Co-ops & Buying Groups project and emailed it to over 100 contacts across the UK. Completed questionnaires continue to be returned from food co-ops. Maresa has also put together a template for a food co-ops toolkit and started to write content, for example on funding and marketing.

This strand of work is coordinated by Maresa Bossano, who previously worked on the Good Food on the Public Plate project for Sustain. During the first few weeks of activity for this strand, Maresa has been developing a number of different areas of work, summarised as follows. She has:

Education, volunteers and needs assessments
For the food co-ops strand, London Food Link project officer Suzanne Natelson has led development of collaboration and project planning for several aspects of the work programme – on education, volunteer support mechanisms and community needs assessment research. This has been undertaken through phone conferences, meetings and email contact.

Other activities have included: