Why trade in community grown food? 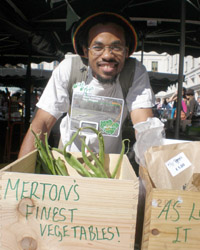 The motivations for running an urban food growing project vary. Some community groups are interested in providing sociable opportunities to work together and improve the green space in their neighbourhood. Others are motivated by helping people with mental health problems. Others may be interested in creating training, volunteering opportunities and paid jobs, or using a growing space to grow food for a community cafe, food co-op, or to trade to generate income.

In our "A Growing Trade" research project, we looked specifically at examples of where community projects are trading produce grown in urban areas. The projects we talked to reported the following benefits of trading in community grown food:

Examples of why community groups choose to trade their produce 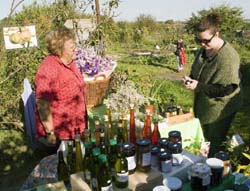 This community group was established in 1984 and is made up from a wide range of local growers including gardeners, allotment holders, community growers and organic campaigners in Bristol. The group runs a regular market stall at Bristol Farmers' Market selling combined surplus produce from members of the group. The group saw it as a way to reach out in to the community and tell people about what they are doing. The success of these stalls brings an income for the producers and also raises funds to support the group's activities.

The group say they find it beneficial to trade their surplus produce because it:

Find out more about Avon Organic Group at: http://www.avonorganicgroup.org.uk/ 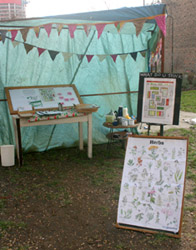 The project was established in Spring 2010 on a 140m2 patch of disused land on a housing estate in Hackney, London. The project is a commercial venture launched by members of the local community which aimed to transform an area of land, pay for staff time to run the project and to feed any profits back in to the housing estate. The commercial element was important to ensure that their project had a long-term future and that it was able to pay for the time of the people that were involved.  The project decided to sell directly to restaurants and also to tenants on the estate.

The group want to grow produce to sell because they:

Find out more about Wenlock Herb Garden at: https://sites.google.com/site/thegrassshootscollective/the-grass-shoots-collective/the-growing-kitchen-garden/the-wenlock-herb-garden 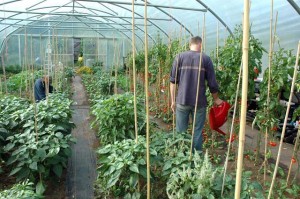 Ecoworks is a not-for-profit community organisation based on the Hungerhill Garden Allotment Site in St Ann’s, Nottingham. The projects runs activities for people that are socially disadvantaged including food growing, courses and training. They also operate a café and box scheme both of which use their own produce. They have a 400m2 market garden, poly tunnel and 500m2 mixed fruit orchard. They have just acquired an additional 12.5acre site. The project is supported by NHS Nottingham and has received funding from the Big Lottery's Local Food Fund and The Tudor Trust. The project aims to be self sustaining beyond 2014.

Their box scheme has between 60-80 customers per week and consists of around 80% to 90% of their own produce in summer and autumn. They also sell salads all year round to restaurants and cafés across the city, supply produce to their own café and are venturing towards local farmers markets to sell produce and preserves.

Ecoworks promotes a range of issued relating to food growing but chooses to sell produce because:

Find out more about Ecoworks at: http://www.ecoworks.org.uk/