A big idea for local food? 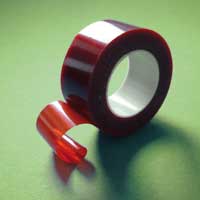 With the Big Society concept refusing to go away, it’s time to explore what it could mean for the local food sector, says Clare Panjwani

Big Society: ‘to create a climate that empowers local people and communities, building a big society that will take power away from politicians and give it to people’, as it is described on the Number 10 website. Or, as one MP neatly summed it up, ‘go and do it’.

First pitched to us last Summer, many thought (or hoped) that the coalition’s defining policy would be quietly dropped following a less than welcoming reception. But last month Prime Minister David Cameron ‘re-launched’ his Big Society agenda with a commitment to give it “every bit of my passion and attention over the five years of this government”.

If the Big Society is here to stay we’d better try and understand what it means and how it will affect us. So Local Action on Food spoke to some local food projects to find out what the Big Society means to them.

Kelvin Cheung runs FoodCycle, a social enterprise which describes itself as ‘combining young volunteers, surplus food and a free kitchen space to create nutritious meals and positive social change in the community’. Whilst making mushroom burgers in the FoodCycle kitchen, Kelvin describes the changes his organisation hopes for. “In terms of volunteers we were never lacking those. The question is will this new approach remove the red tape that we’ve struggled with in the past?” He highlights the problems his organisation has had trying to reclaim or temporarily use council-owned space to illustrate how local government can stand in the way of ‘just going and doing it’. “It’s so mired in legislation. It should be made much easier for citizens to take over these spaces and run them themselves,” he says.

“The question is will this new approach remove the red tape that we’ve struggled with in the past?”
Kelvin Cheung, FoodCycle

Empowering local authorities so they can better serve organisations such as FoodCycle is outlined in the Localism Bill; a collection of policies designed to move the Big Society from concept to reality. Of particular relevance is the bill’s ‘general power of competence’ policy. This gives local authorities the legal capacity to do anything that an individual can do that is not specifically banned by other laws. A government guide to the bill describes this as giving local authorities ‘increased confidence to do creative, innovative things to meet local people’s needs’.

Steve Garret, Director of RCMA (Riverside Community Market Association) Social Enterprise, which runs Cardiff’s three farmers’ markets and a market garden agrees, if a little sceptically, that the empowerment of local authorities will be key. “Big Society – the principles are fine, but didn’t we already know that? Aren’t we already doing it? What we need are the obstacles to be removed to allow people to move on with their ideas.”

Of course, it will be up to each council to what extent they embrace their new general powers of governance. And the extent of the confidence, creativity and innovation that councils demonstrate will vary. But Big Society doesn’t stop at local government. Its stated aim is to devolve power down to the level of the individual, and this is a big part of the Localism Bill.

One example of this is the bill’s ‘community right to challenge’. This policy is significant in that it has the potential to transform the way local public services are run. It will give voluntary and community groups - and no doubt the private sector - new powers to challenge and to take over a local service. Councils must respond to this challenge and consider the positive impact the proposal could have on the community. And if a proposal is turned down the council must publish the reasons.

Gina Seed of Ecoworks, in Nottingham, manages the organisation’s community gardens and education centre. Despite recently losing funding from a local PCT, Gina describes the organisation as “reasonably large and reasonably sustainable”. She sees the potential for organisations like Ecoworks to bid for council services but suggests that “the contracts are likely to be hoovered up by larger organisations than us, like Groundwork”.

But it will not just be about opening up council services for tender. Processes will need to be simplified in order for large and small organisations to be on an equal footing. Large organisations have whole departments to deal with the complex proposal forms covering everything from insurance to health and safety, and small social enterprises need to be able to compete on this level too.

No Big Society analysis would be complete without mention of ‘the cuts’. David Cameron’s speech last month strongly rejected the common criticism that Big Society is simply a cover for cutbacks. But high-profile cuts to the funding of organisations that appear to be at the heart of Big Society leaves many questioning who will be left to put the plans into action. Earlier this year, the youth volunteering charity, v - incidentally one of FoodCycle’s funders - announced it would no longer receive significant government funding, And earlier this month Timebank, another volunteering charity, announced it had failed to secure its latest round of state funding.

OrganicLea is a workers cooperative growing food in the Lea Valley. As well as growing and selling food it has an outreach arm that works with some of the borough’s most marginalised groups. They are also feeling the effects. “For us one of the central planks of our organisation has been our work with the Primary Care Trusts,” explains founder member Claire Joy. “For the people we work with the fusion of cuts and uncertainty is resulting in a very profound sense of loss. It’s the most vulnerable adults that are being most affected”

Big Society could lead to a dramatic shift in how services are run and it is controversial. Kelvin Cheung believes, if handled well, it could mean positive things for local food projects. “It’s going to be very different to how we’ve been doing things for the last 15-20 years. And of course it’s going to attract the negative press it has, but if done well, with the right funding, the right execution, I think it’s going to be great.”

But he admits that there are contradictions, like these cuts to voluntary organisations, that leave him scratching his head. “We’re very lucky to be not reliant on those funds, but for many other projects, this seems like simply dismantling a system that is perfectly good just to rebuild it again.”

Clare Panjwani is a freelance journalist