A woman's place is in the kitchen? 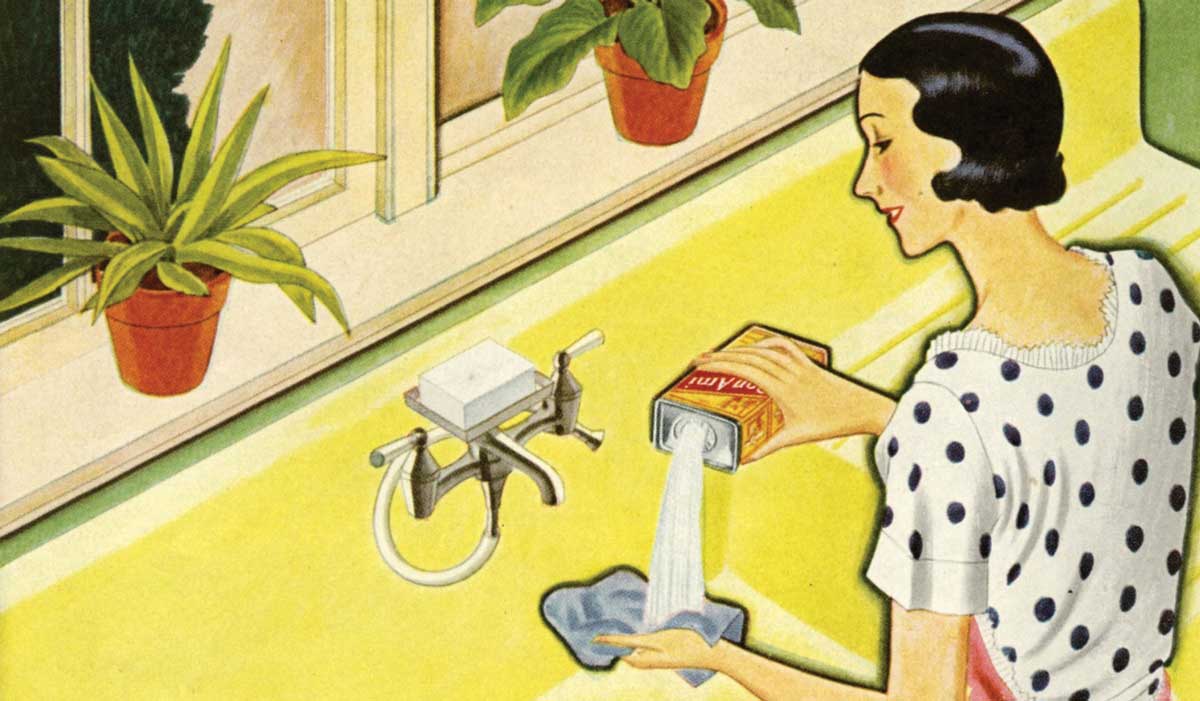 Long-time London Food Link champion, and The Mayor of London’s departing food tsar, Rosie Boycott prescribes a return to the kitchen, but not to female domestic slavery.

We must get the nation cooking again! It’s an all-too-often used expression but something I’ve been saying ever since I became involved in the food movement. It’s not just a question of how to get people to eat healthily again and to forgo the temptations of junk food for the nourishment of healthy home cooking, though.

No, cooking is also, apparently, the answer to family breakdown. The loss of meal times spent together in conversation is part of the loss of our social fabric. Large claims, I know, but while sometimes they might be exaggerated, I believe they are fundamentally true. Over the years, as I repeated the mantra about how we must all get cooking, I realised that what was actually happening was that women, not men, were being asked to shoulder the job.

In 1972, Marsha Rowe and I founded Spare Rib, the monthly, feminist magazine that blazed a trail for the newly-emergent women’s movement. Our first subscription offer was a purple tea-towel with the legend: ‘First you sink into his arms, then your arms end up in his sink,’ and I used to repeat: ‘Don’t cook, don’t type, girls… and then you’ll get ahead.’ Although I did learn to type, I didn’t learn to cook.

‘There are more than 8,600 chicken and chip shops in London’

In hindsight, I think the fact that Marsha and I were very young and childless played a big part in the way we, so to speak, hurled cooking into the same bracket as vacuuming and other general household chores that career women really shouldn’t have to do. Trying to create a new political landscape for women in the early ‘70s, we wanted to grab the best bits of men’s lives for ourselves – the jobs, the money, a life-outside-the-home. In the process we devalued everything that was in any way domestic and I think we are now paying the price.

The question is simple: in our obesity-creating world, where childhood obesity is one of the greatest health threats we face, how do we turn away from high-fat, high-sugar convenience foods and towards home-cooked meals, without it being the sole responsibility of women to do all of the cooking? How, in other words, do we feed our kids healthily without sacrificing all that women have fought for?

This question really troubles me.  Because I know what I see and it’s this: According to one supermarket, in middle-class families, who make up roughly 50% of the population, men (and especially young men) are shopping, cooking and sharing the household chores and childcare. In other, large sections of our society, however, women are still the main providers of care and that includes putting food on the table. Stressed as many women are by lack of money, tough jobs, poor housing and the distorted economics of the food system, it is no wonder that a burger or chicken and chips, is all too often the quick and seemingly cheap answer to filling stomachs at the end of a long day.

Childhood obesity rates in London are the worst in Europe. Public Health England reports that one in five children are already overweight or obese when they begin education and the figure rises to nearly one in three by the time they leave primary school. It means a life that’s likely to be less healthy and less fulfilled.  It means, all too often, a huge cost to the NHS of the diseases associated with bad diet. Despite this, the Great Weight Debate reported that there are more than 8,600 chicken and chip shops in London alone, and there is, much to my endless frustration, no way of legislating to prevent them lowering their prices when the kids leave school, or having ‘special offers’ for youngsters in uniforms.

It is no accident that our obesity epidemic has grown in direct proportion to the amount of processed food sold on our high streets and in our supermarkets. According to Public Health England, 40% of the money we spend on food is on products on promotion, but it’s never vegetables on offer, always unhealthy, fattening food. Walk down any high street and the smells of fast food hit your nostrils and delight your taste buds. It’s so easy, so cheap and, all too often, so delicious.

Industrial giants spend fortunes advertising food that isn’t healthy, because that’s the food they make the most profit on and it’s the food which we, collectively as a society, can’t resist. No one, women especially, has any time.

Cooking was kicked off the school curriculum years ago, so a whole generation came of age without knowing how to cook. Increasingly, families don’t sit down to eat together: A survey published around ten years ago reported that over 40% of British households had no dining table. It’s a statistic that lodged firmly in my brain.
How do we change this? If the price of getting us and our kids to eat healthily is to see women having to make a wholesale return to the stove, then it will not work. We have, thankfully, gone far enough as women to resist this.

The big idea… or two

So I think we need to see two big things happen: Firstly, cooking is now back on the national school curriculum, but too many schools are either teaching inadequately or not teaching it at all. It needs to be a mandatory requirement that ALL children by the age of 16 can cook a range of healthy, affordable dishes, know how to budget and have learnt enough to understand why good food is vital for their health and the health of their own future families. Secondly, we need to have paternity leave woven into every dad’s life like it is in Scandinavia, where men have time to spend with their babies and young children. It really has made a difference.

Good food champion Tim Baker, headmaster of Charlton Manor School in south London and member of the London Food Board, says that the boys in his school love cooking as much – if not more – than their female classmates. If we can get beyond the parochial idea that cooking is a ‘woman’s issue’, we can strike a blow for feminism while also ensuring our kids (and we) get the healthy and nutritious food they need. Maybe we could rewrite that tea towel: ‘First you sink into his arms, then his arms end up in your sink.’ If we don’t get cooking – if we don’t all get cooking – then our future health prospects look very grim indeed.