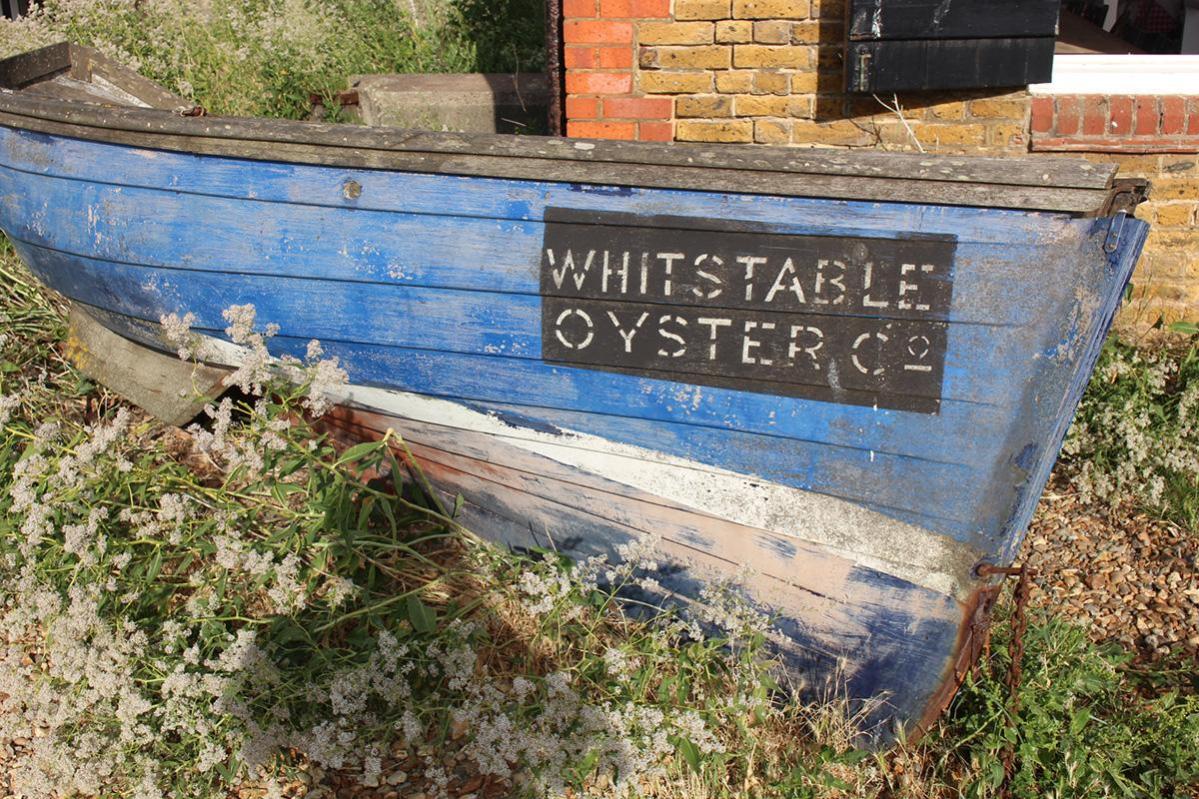 Summer’s here so let’s hit the beach! Pack your sun cream / wellies and find where Sally Gurteen says you can do better than unsustainable fish and soggy chips.

At weekends, especially in better weather, it’s an attractive idea to head for the coast. You can be almost anywhere along the Kentish shoreline in under an hour and a half from London by train. With good food and, of course, sustainable fish in mind, where should you go when you get there?

Famous for being a ramshackle pub with big accolades, Michelin-starred The Sportsman on the wild coastline of Seasalter, a short taxi, train or cycle ride from Whitstable, opened in 1999 and is famed for its ‘terroir-led’ cooking. The Thames estuary, North Sea, nearby marsh and woods all dictate the menu, which often opens with innovative oyster dishes, and is punctuated throughout with vegetables grown in their garden.

Heading over to Margate, if you forego exploring the side streets you’d be unfortunate to miss art gallery and café Hantverk & Found, although it’s always advisable to book ahead. Promoting good food and good sourcing via local and seasonal produce where possible, they serve a diverse selection of seafood dishes inspired by British, European and Asian influences, such as koji miso marinated mackerel fillet, dressed crab with pea shoot salad, or clams in spicy Korean broth.

Brunch on the beach at celebrated Griggs of Hythe – so long as you arrive before midday – and enjoy watching the boats come in from the local waters and nearby Boulogne. Buy yourself the daily catch and they’ll cook it for you right there. With such a wide range, it’s advisable to check the Marine Conservation Society’s Good Fish Guide to make sure your choice is sustainable.

The Whitstable Oyster Company has held the same beach site since the 1400s and, at the peak of production from the beds on their shore-step, were selling eight-million oyster a year to Billingsgate Market.  With Protected Geographical Indication (PGI) status since 1978, the local oysters are a must-try.

For a midweek visit, head a few miles inland for all-you-can-eat local mussels with Kentish wines and beers over at Chapman’s in Canterbury, just next to the historic Westgate Towers and riverside. They’re part of the largest independently-owned fish wholesalers in Kent, with strong partnerships with fishermen off the coast of Kent and Sussex.

The Goods Shed Farmers’ Market is also a must-visit if you’re in the Canterbury area, to enjoy the multitude of stalls – from the city’s only fishmongers, to Real Bread bakery Wild Bread, to the vegetable stall that insists on only selling fruit and veg from within a 12-mile radius.

Around Town: A Festive Edition