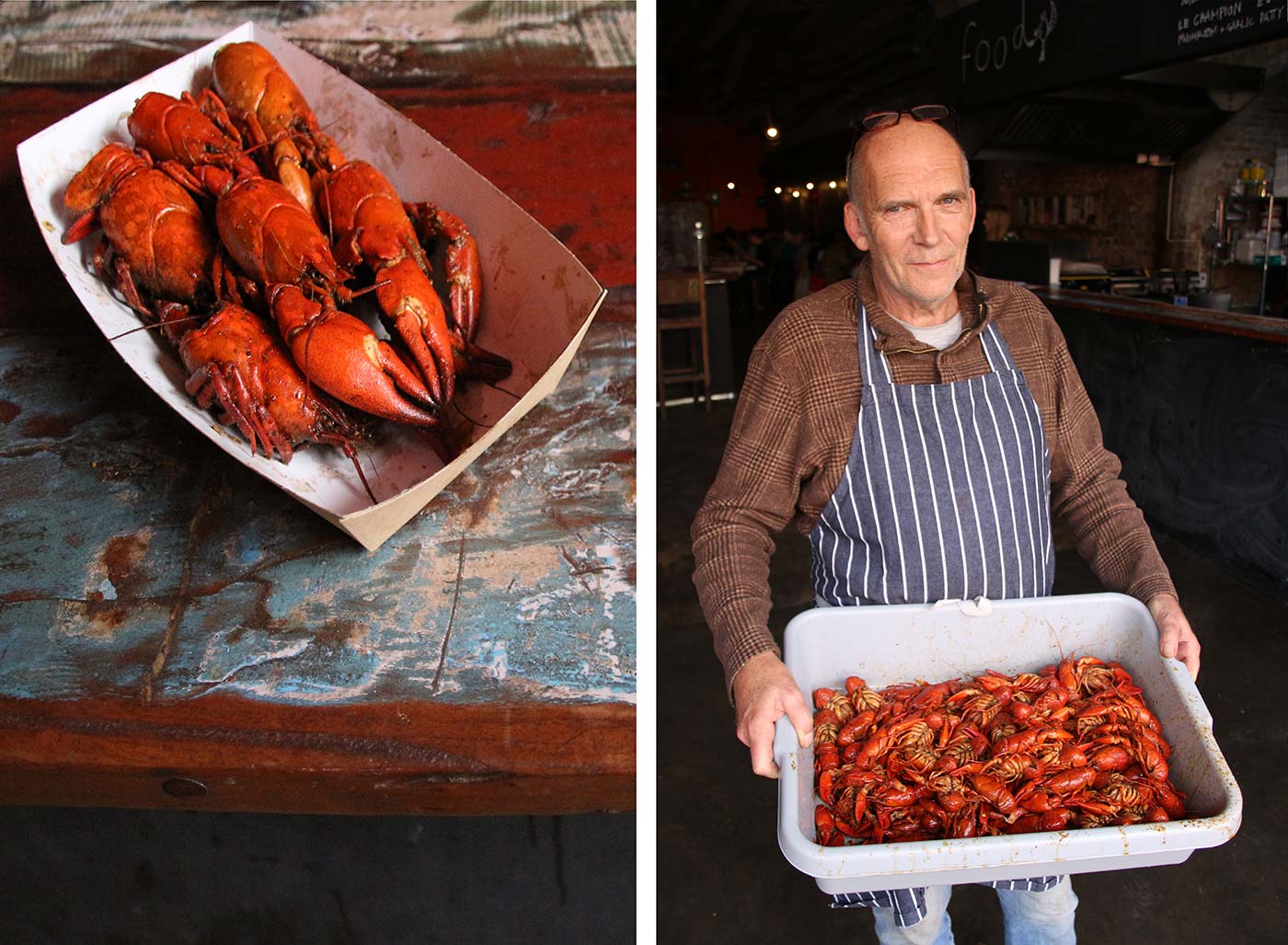 One man is doing more to tackle the problem of invasive crayfish species than anyone - a generous-spirited Londoner who Sam Sinha met on his 400-mile delivery run.

Life for Urban Food Hero Bob Ring might have changed during lockdown, we look back back at this interview from 2018.

While Bob removes bulging bags of crustaceans from the passenger footwell of his cray-mobile, he explains that the ‘wee nippers’ are destined for a tropical fish tank. “We’re dropping 11kg off for an Amazonian pufferfish.” So began a fascinating journey.

England’s only indigenous crayfish species, white-clawed crayfish, have been in our rivers and lakes for at least 500 years. In a matter of decades the population has been decimated after American signal crayfish were introduced as a product for the Scandinavian market. Unfortunately, these non-native species were allowed to escape into our country’s waterways.
Ironically, part of the reason they were introduced is they’re not affected by crayfish plague. What nobody realised: they can still carry it. Crayfish plague can wipe out a population of white-clawed crayfish within weeks. The invasive signal crayfish also cause problems by burrowing into river banks causing soil erosion, bank collapse and sediment pollution.
White-clawed crayfish were once present in all the major Thames tributaries but now can only be found in eight of the 55. Bob tells me from experience, “You won’t find many south of Derby these days.”

CAUGHT IN A TRAP

While the government lamented the scale of the problem but did nothing about it, Bob founded Crayaway, protecting fishing lakes and streams from invasion by trapping signal crayfish and managing waterways. A network of trappers builds up stocks of live crayfish, which Bob then distributes to a range of customers: from hungry individuals to Chinese and Louisana-inspired restaurants and, of course, pufferfish owners.
Raymond Blanc employs Bob to manage the streams at Le Manoir and the Metropolitan Police use his equipment to keep their fishing lake clear. “The Met do the trapping themselves now. It’s in their blood, putting pests in cages,” he adds with a smile.

Right now, Bob runs Crawfish Boils every Tuesday at The Doodle Bar in Bermondsey, where he serves up smaller specimens, shells and all. “Historically, most trappers were only interested in the big ones so I thought about how to use the smaller ones,” he explains.

Bob admits that while he can’t eradicate the problem, doing something is better than doing nothing. Offering most of his services for free, he’s happy to take his cut selling the catch. In doing so, Bob highlights the extent of the problem while educating people on how to enjoy delicious crayfish. That’s our kind of Urban Food Hero.