How to host a supper club for charity 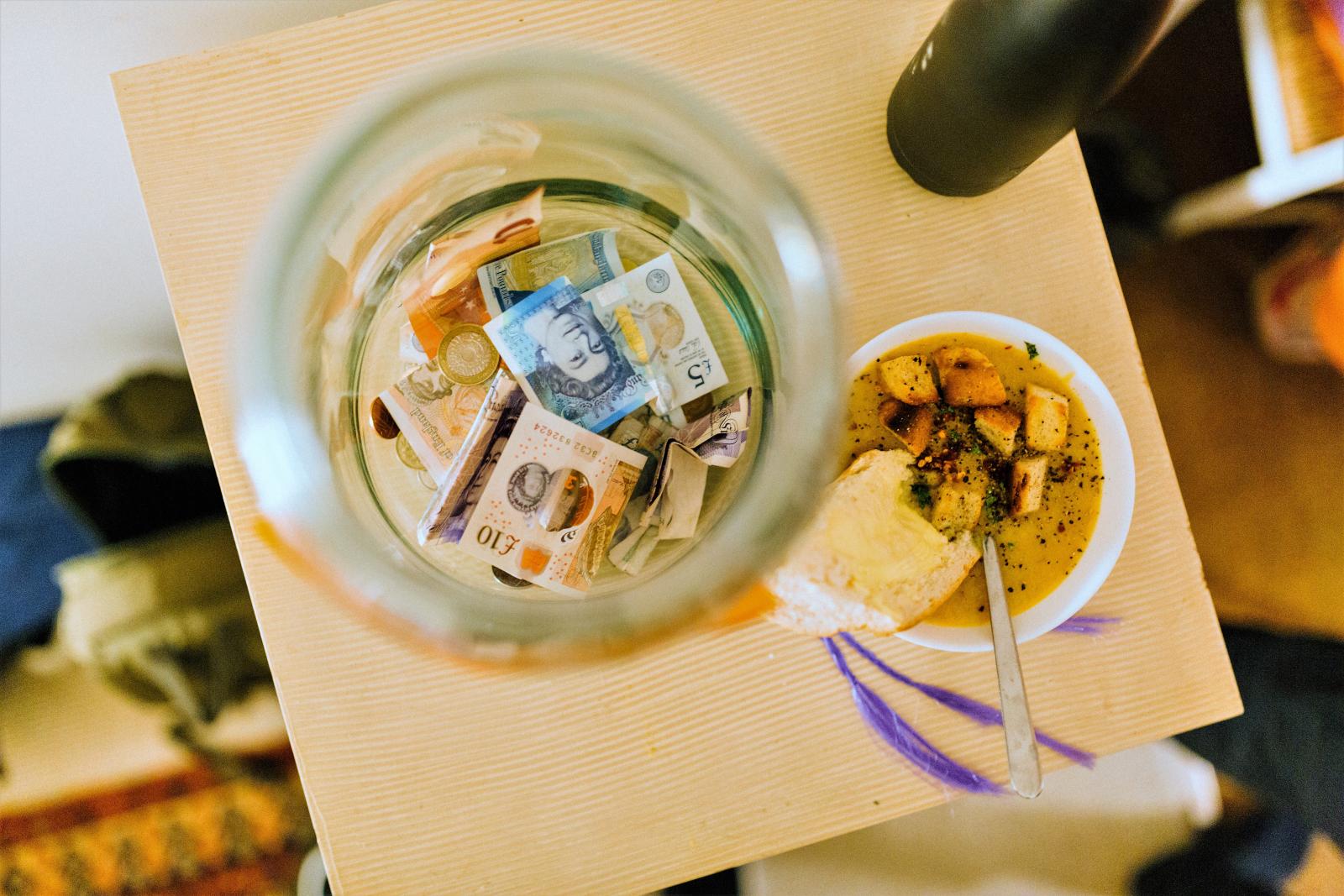 Nicole Douglas-Morris meets Bela Swiderskia, who shares her experience, tips, and insights to running a supper club for cause, out of your own home.

Bela Swiderskia had just returned from volunteering with Refugee Community Kitchen in Dunkirk when she found herself wondering how to raise money and awareness back in London. She began hosting ‘Souper Wednesdays,’ a weekly dinner for friends, each paying £6 for a generous serving of soup and bread in Bela’s living room. “I got Facebook, invited 15 people, and it went from there.”

Later, she bumped the price up to £8 – the price of a small tent – so that each meal would buy a tent for refugees over in France. “I went straight into it without doing any research,” she says, “but if I was going to do it again, I’d have made sure that all my food was donated, so that I had no overheads.” As it was, the ingredients cost her about £10 a week for soup and bread for up to 30 supper club guests. "I chose soup because you can produce it extremely cheaply, especially if it’s vegan," she explains. A catering company she’d worked for donated spoons and bowls, while The Felix Project, an initiative that collects and re-distributes unused food, contributed ingredients.

“’Souper Wednesdays’ were a slight obsession and took over my life,” admits Bela. She suggests hosting your dinners every three or four weeks to make it less intense. Sharing the workload with others also alleviates the pressure. “The events were a complete group effort, every week I’d have friends helping me make soup and inviting their mates. Initially it was just friends attending, and then friends of friends,” she says. “Eventually strangers started coming, which was exciting because we’d got the word out.”

‘Souper Wednesdays’ became a weekly gathering and communion around lovingly prepared food, while continuing to champion the refugee cause and create discussion around mass displacement. “My brain was made of soup by the end,” Bela says. “But we managed to raise above £2000 over the weeks the dinners took place”.

With a kitchen, a couple of friends, and a charitable cause in mind, you can run your own regular supper club at home. Bela recommends using a Go Fund Me page to collect individual payments from guests, as sites like Eventbrite take commission on what is really a charitable donation. Setting up a Facebook page and announcing each dinner can also work in your favour, so that people can message the event page and learn about your chosen charity.

Bela suggests finding a sponsor, perhaps a local bakery to supply fresh bread for each event. With a regular supper club evening planned, charitable local grocers might also be able to donate a substantial veg box every so often.

If you'd like to keep the whole event food themed, then you could also consider raising funds for charities such as City Harvest , Plan Zheroes (two of our Urban Food Award winners). Both of these organisations work nationwide to re-distribute surplus food in a sustainable way, to charities and those who need it most.

Make your own Herbal Cough Syrup