Sustain / Food Facts / The plight of the honey bee

Why bees are important

Globally there are more honey bees than other types of bee and pollinating insects, so it is the world’s most important pollinator of food crops. It is estimated that one third of the food that we consume each day relies on pollination mainly by bees, but also by other insects, birds and bats. 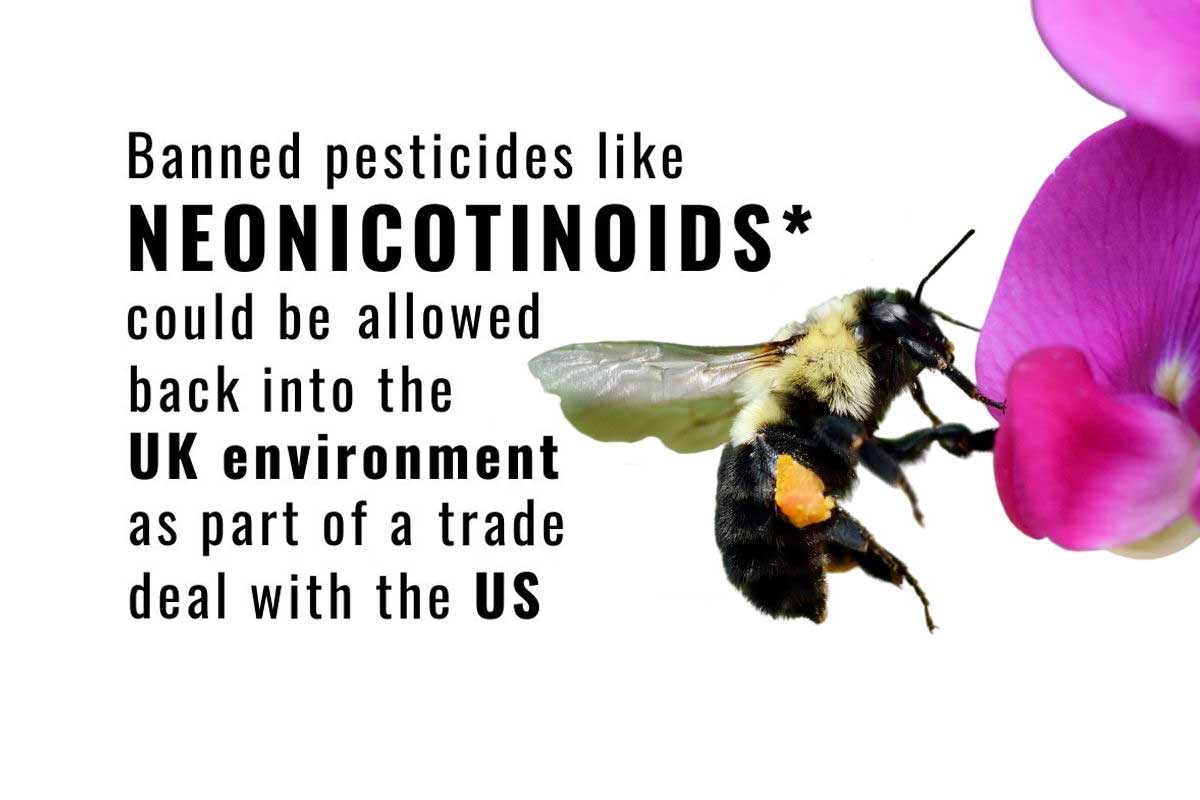 NEW REPORT reveals US pushing to weaken UK pesticide standards. If UK Government gives way there will be larger amounts of more toxic chemicals in our food.

Many domestic and imported fruits and vegetables require pollination. Examples include avocados, soybeans, asparagus, broccoli, celery, squash, and sunflowers for oil, cucumbers, citrus fruit, peaches, kiwis, cherries, cranberries and melons. For crops such as blueberries and almonds, the honey bee plays an essential role in pollination of commercial crops,  with around 80% of the US crop said to be dependent on honey bees. Honey bees can also pollinate clover and alfalfa, which are fed to cattle, so there are implications for the meat and dairy industry too. And that is not to mention the huge range of manufactured food products made from all these ingredients.

In addition, honey bees play a significant role in the pollination of other important crops such as cotton and flax. And there are also a number of valuable non-food products produced by the honey bee, such as beeswax used in cleaning and beauty products.

Bees and the economy

In 2008, the British Bee Keepers Association estimates that honey bees make a significant contribution to the £165 million annually generated for the UK economy through pollination by insects, with the figure put at £200 million in 2009 by the UK’s Public Accounts Committee. Many flowering food crops in the UK rely on honey bees for this service, for example: apples, pears, field beans, runner and dwarf beans, broad beans, strawberries, blueberries, raspberries, blackberries and oil seed rape,  with 39 commercial crops reliant on bees in total. Even if a crop is not directly pollinated by a honey bee, the crop still benefits indirectly from being in an environment in which honey bees are working, due to the increased biodiversity in the area which stimulates the crop.

The bumble bee is also used commercially in the UK as a pollinator of food crops, in particular for tomatoes and soft fruits such as strawberries. Due to their size, shape and ability to vibrate vigorously they are more effective at pollinating certain crops. In the UK we have 25 native species of bumble bee. This may seem like a healthy number but unfortunately three species are already extinct, two are critically endangered and many more are seriously declining in numbers.