Widely eaten around the world, and once a regular feature on our own dinner plates, offal - literally 'off fall' from the butcher's block - is slowly regaining popularity in the UK, along with other forgotten cuts of meat. There are several reasons why; from changing economic conditions to greater intolerance of food waste.  Adventurous chefs and diners are realising that offal and other less familiar cuts can be delicious, a good source of nutrition, and fantastic value. 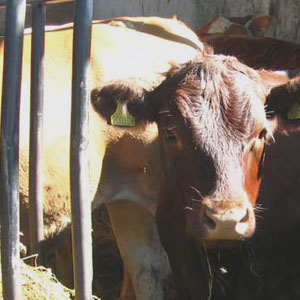 Nose-to-Tail Fortnight was the Ethical Eats network's campaign, running in 2012 and 2013, to promote more thoughtful - and less wasteful - meat consumption. Restaurants and other eateries around London served up special nose-to-tail dishes, and some also ran special events such as butchery demonstrations.  Ethical Eats provided participating restaurants with posters and postcards, and listed them on this website and our online Nose-to-Tail map.  Chefs and diners were encouraged to tweet about their adventures in nose-to-tail cooking and eating to @ethicaleats, using the #nosetotail hashtag.

We worked in partnership with supper club hub Grub Club, which promoted a whole range of one-off events around town, including The Wandering Chef's 'Heads, Shoulders, Veal and Toes' and  Hill Street Chews' whole-pig cook-up.

*With thanks to Fergus and the folks at St. John for the use of their much-quoted phrase!