Securing good trade deals will be critical not just for our food supply, but – depending on the foods and standards prioritised – our public health, and for dietary and health inequalities. Current trade negotiations show some disheartening signs. 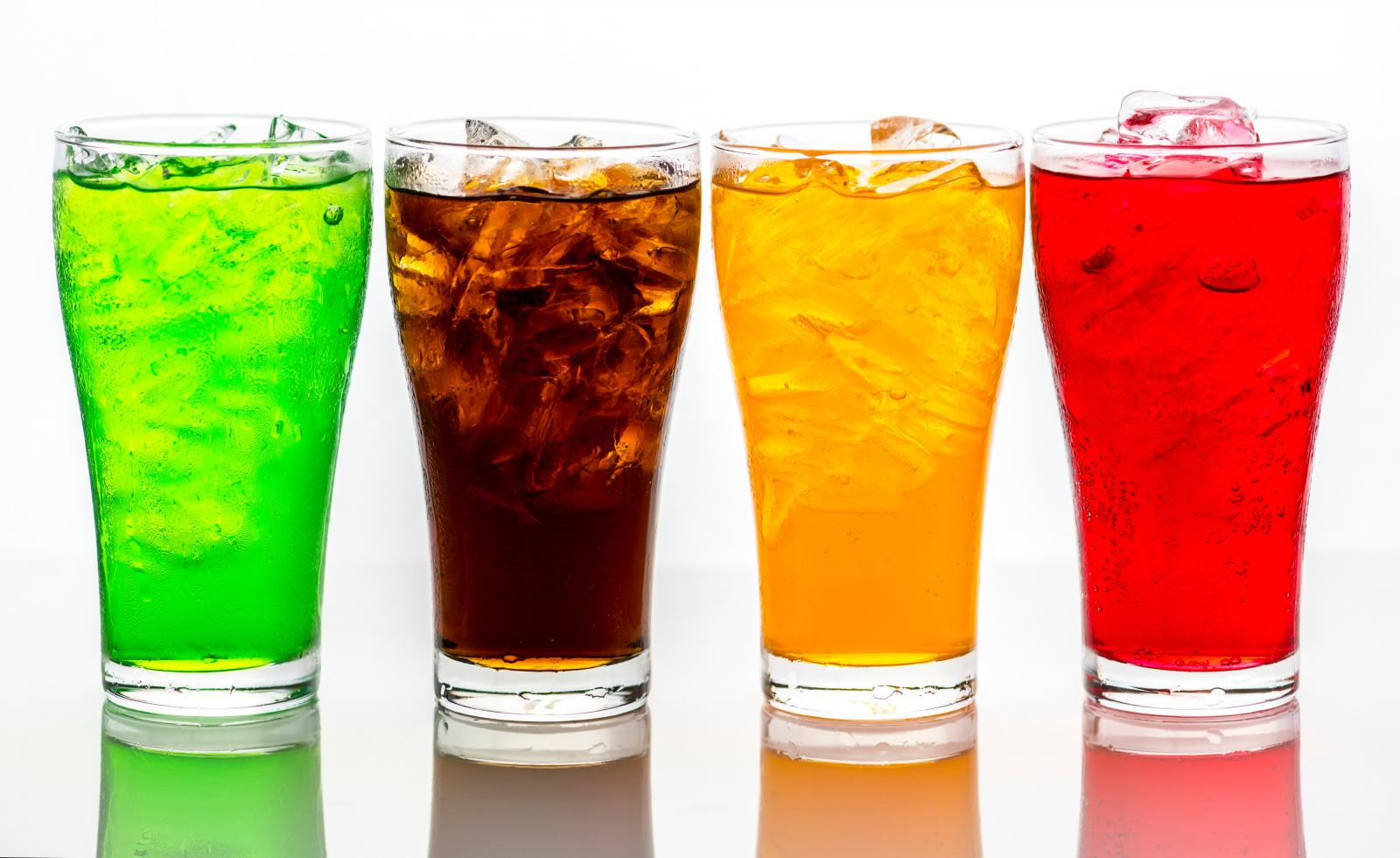 Currently, the UK supplies just over half of its own food. We rely on imports for over 80% of our fruit and just under half of our vegetables, a lot of it from the EU.

The first of our future trade deals, with Japan, could be signed very shortly. Formal negotiations are underway with EU, Australia, New Zealand and the United States. However, to date, the government has not yet provided any impact assessment of future trade deals on public health in the UK.

Securing good trade deals will be critical for not just our food supply, but – depending on the foods and standards prioritised – our public health, and for dietary and health inequalities. But if you look closely at current trade negotiations, you can already see some disheartening signs.

“Think of the potential that we have. I want a world in which we send you Marmite, you send us Vegemite, we send you Penguins, and you send us, with reduced tariffs, these wonderful Arnott’s Tim Tams. How long can the British people be deprived of the opportunity to have Arnotts’s Tim Tams at a reasonable price?”

This is what Prime Minister Boris Johnson said, in a peculiar announcement (or was it a biscuit advertisement?), as he hailed the start of UK/Australian trade negotiations in June.

What might be the benefits to our health of a Tim Tam or some Vegemite? Well, a Tim Tam chocolate-covered, cream-filled biscuit, nutritionally, is much the same as a Penguin chocolate-covered, cream-filled biscuit. But according to Pladis, the producers of Penguins, biscuit sales in 2018 in the UK hit just over £2.6bn in retail and were bought by 99.1% of all households. So where will all these extra Tim Tams go? And how does increasing sales of biscuits fit with the Government’s forthcoming obesity strategy?

Thinking from the point of view of public health, how does importing increasing amounts of chocolate-covered, cream-filled biscuits serve the Government’s current Obesity Strategy? At the end of July 2020, rocket-fuelled by concerns about high mortality rates from Covid-19 among people with obesity, and the Prime Minister’s own brush with death, the government’s new Obesity Strategy announced a ban on TV and online adverts for food high in fat, sugar and salt before the 9pm watershed. It will ban buy one, get one free (BOGOF) deals on “unhealthy food high in salt, sugar and fat”, as well as promotion of sweets, chocolates, soft drinks and biscuits (chocolate coated or otherwise) at eye-catching ends of supermarket aisles and at entrances. It will also introduce mandatory calorie labelling on menus in larger restaurant chains.

Back in November 2019, we reported on papers leaked from the US/UK trade negotiations. They show clear hostility from the US negotiators to the introduction of health warning labels on food, claiming they are "harmful" rather than a step to helping people identify more or less healthy foods. The US side said they were "concerned that labelling food with high sugar content (as has been done with tobacco) is not particularly useful in changing consumer behaviour". This is contrary to over 20 years of UK policy to introduce clear, front-of-pack traffic-light nutrition information, to help shoppers easily identify which products are high in fat, salt and sugar.

It’s not just the UK that the US raises this issue with. Every year the US government helpfully publishes a report outlining all the barriers they identify as getting in the way of them doing more trade. Their most recent National Trade Estimate shows them arguing with India over traffic light nutrition labelling, warnings about products with artificial sweeteners that aren’t suitable for children and warning labels on highly caffeinated energy drinks. Mexico, meanwhile, draw US trade representative ire for the same issues, but also attempting to restrict the use of cartoon characters or celebrity endorsement for the marketing of unhealthy processed foods with nutrition warnings. The Saudis get a special mention for trying to restrict the import of products with high levels of salt and sugar, due to the ‘lack of scientific justification’ for establishing the limits (the Saudis backed down).

All of which begs the question, how will the UK government square its public health policies with these new trade pressures? The UK’s front-of-pack, traffic-light labelling scheme, which uses colours, words and numbers to help UK consumers understand the amount of fat, saturated fat, sugar, salt and calories in a product was introduced in 2013. As recently as 2019 the Government said, “this scheme was the result of over 15 years of research to provide a label that meets the needs of UK shoppers”. Will the US accept as scientific this work by our government, and any future development of front-of-pack nutritional labelling, as promised in the UK's current childhood obesity plans?

So far, the UK has published its negotiating objectives for future trade deals with the United States, Australia and New Zealand. In light of all the public concern about chlorine-washed chicken, the UK’s objectives for the US deal mention maintaining public health, but only in the context of ensuring food is ‘safe’ to eat. Safety is a narrow definition focusing on pathogens, contamination and food poisoning. It doesn’t include the longer term health impact of increased consumption of unhealthy food.

There is no mention of public health in the other deals. Given the UK has the highest levels of obesity in Europe (bar Malta), as Boris Johnson conceded recently, shouldn’t our domestic public health priorities at least get a mention?

With rather less fanfare, the Government announced the UK’s new Global Tariff in May. This is the new system of taxes the UK will put on goods coming into the country when our temporary arrangement with the European Union (EU0 finishes in January 2021. In their announcement the UK's Department for International Trade said “the new tariff system will support the economy by making it easier and cheaper for businesses to import goods from overseas. It will scrap red tape and other unnecessary barriers to trade, reduce cost pressures and increase choice for consumers and back UK industries to compete on the global stage”. Sounds good, doesn’t it? But what was the "red tape" it specifically mentioned?

So, our Government intends to make it even easier to import processed food products that are likely to be high in fat, salt and sugar.

Back in 2017 health campaigners, farmers and health-conscious Conservative Party members were furious to discover that the Tory Party conference had been sponsored by the American-owned sugar company Tate & Lyle. It’s not known how much they paid, but the same promotion opportunity the previous year was offered for £20k. At the time, Professor Russell Viner, health promotion officer (now President) at the Royal College of Paediatrics and Child Health, said: “It’s a really poor choice of sponsor and sends a very mixed message. On the one hand the government says it’s determined to tackle obesity and to bring in the sugar tax. On the other, they’re giving major prominence to a sugar company at their conference.”

Why might this be relevant now? Well, when the UK announced the new global tariff mentioned above, UK sugar beet farmer Tom Clarke noticed that cane sugar is the only product to be given a tariff-free quota. Which makes that £20k Tate & Lyle sponsorship deal look like excellent value for money after all. Tom wrote a very helpful Twitter thread on the subject which you can read here

There has been intense debate over the last three years about products such as chlorine-washed chicken and hormone-reared beef being introduced to our supermarket shelves in order to facilitate trade with the United States. With consumer research showing 72% of the public think food from countries with lower food standards than our own should not be on sale in the UK, the Prime Minister wouldn’t have dared wave a cheap US factory-farmed chicken around as a symbol of hope for future trade. But right now, it seems, there is nothing to stop him waving Tim Tams, Twinkies, bucket-sized mega-portions of sugary cola, or a foot-long corn dog instead. We all need to start asking questions about the quality of our food supply and who gets to decide what our children will be eating in the coming years.

Here are some questions that we should all be asking of the Government. Has the UK's Department for Health and Social Care (DHSC) made any assessment of how public health might be impacted by future trade deals with, for example, the US and Australia? And what measures will the UK government take to ensure that future trade deals don’t undermine domestic policy designed to improve child health, such as reducing the levels of saturated fat, salt and sugar in our food?