From dream to reality

This is first in a series of monthly posts by Phil Gostling about setting up and running his home-based microbakery. 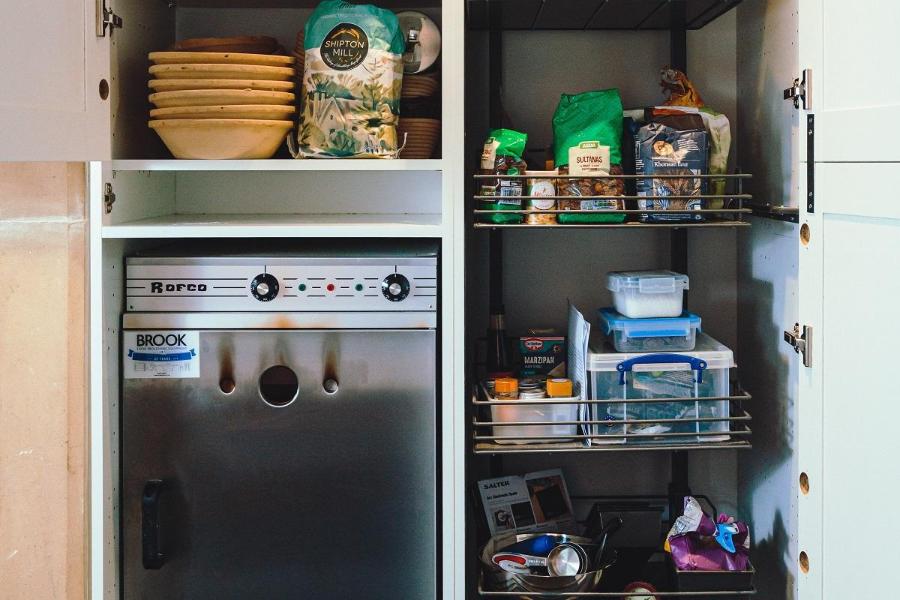 “Aye up it’s big” said the wife! It was my first thought too when the Rofco B40 arrived at my home. My second thought then made my heart jump a little as the realisation dawned on me that this was real. I’d invested a good amount of money setting up One Mile Bakery Tadcaster, my little microbakery business was now in motion and now I was actually going to have to go through with this venture. From a hobby to a business which would have to actually generate a profit and all in the matter of six months - am I ready? Am I now a 'proper' baker!?

I’ve been a teacher for nearly twenty years and the laughs, challenges and satisfaction I get from teaching always inspires me.  With the arrival of my second child, my priorities and passions changed though, and the need to provide for my family became more prominent than before and occupied my thoughts more often.

After reading a Guardian article about the One Mile Bakery franchise and its visionary founder Elisabeth Mahoney in May 2019, I felt this could perhaps be a pathway to something different. However, was this a realistically viable career for me and for my family? I emailed Elisabeth, we spoke several times, then she came up to York for a weekend and things moved relatively quickly from there.

As I began to convince myself that I could actually open a microbakery, I contacted Haxby Bakehouse. Real Bread Campaign ambassador Phil Clayton and his team kindly allowed me to join them for a week in August to gain some experience in their busy and thriving bakery. In just one day I shaped and folded more doughs (badly) than I’d done in the last year, and the tips and techniques I observed were superb.

I arrived back home and immediately began to bake and experiment and push myself beyond my comfort zone which would prove invaluable. Later that summer the family and I landed in the south of France for a holiday but by the end of the first week I’d arranged to spend a morning in the local boulangerie. It was an amazing experience and again I witnessed the true passion of many working in the baking community and their willingness to support others.

Baked in a Dutch oven in my domestic oven, my sourdoughs were becoming more consistent and my weekends were filled with mixing, folding and baking other varieties of breads. This was much to the delight of my family and close friends who regularly benefited from my experiments. I also loved making sweet bakes, including babkas, cinnamon buns, doughnuts and pastries. However, I knew that the investment in a larger oven would be of benefit and allow me to bake more bread and of a far better quality than anything I could produce in a standard domestic oven.

And so in October the Rofco from Brook Food landed, shiny and proud at my home. It is certainly industrial in its appearance but I felt an immediate motivational lift to get it on and ready to use as fast as I could. I could do this!

It was clear that baking helped me spend time with myself, switch off and forget about aspects of my hectic yet wonderful life. But what also soon emerged was how baking now brought me closer to my family - the oven is now literally at the heart of our home.

I originally wanted to quit my job and then open the bakery but realised I'm not sure that will suit family life at present. The current idea is to run the microbakery for a few years and then step away from teaching at some point once it is established, but it’s still a fairly fluid concept. My ambition is to drive the business forward whilst continually involving my family in how it evolves.

For details of the next instalment, sign up below for free Real Bread news updates.