We eat too much, we sell too much, we grow too much, and we import too much sugar. As well as reconsidering the sugar we eat, it’s time to reassess the role of sugar beet in our fields, says Holly Gabriel. 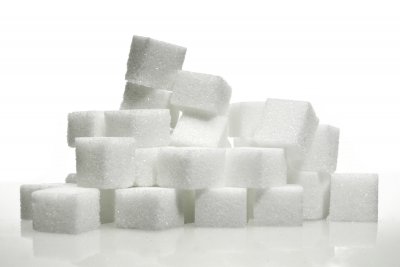 We are no strangers to the sweet stuff in the UK. A lot of sugar is consumed here, in the form of both an ever-increasing range of sugary products, as well as the sugar we add ourselves to our food and drink. But do we ever consider where it’s all coming from?

The average annual supply of sugar from 2011-2020 in the UK was 2.21 million tonnes. Over half of this is produced here in the UK from home-grown sugar beet, and another half a million tonnes is imported as raw cane sugar and refined in the UK. The rest is imported in manufactured foods such as confectionery, chocolate and cake[1], with a smaller amount coming from imported beet sugar.

The latest evidence tells us that everyone over the age of 11 should consume no more than 30g of free sugars[2] per day. Using this as a benchmark, researchers at the Food Research Collaboration[3] calculated that for the UK population as a whole, we would use around 0.7 million tonnes of sugar per year, a mere third of what is currently supplied to the UK market. It’s clear that as well as having an excess of sugar being consumed, we have an excess of sugar growing in our fields. 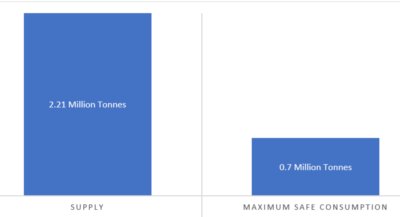 How did we get here?

It started in 1493, when Christopher Columbus first took sugar cane to the Caribbean, laying the foundations of the profitable sugar industry which helped build the British Empire. However, for the sugar industry to grow to its full size it relied on the Atlantic slave trade involving captivity, displacement and death for millions of people. In 1800 it was estimated that for every two tonnes of sugar imported to England, one slave had died[4].

Today, in the UK, sugar production is tied up by just two major players. Tate & Lyle Sugars (Tate & Lyle UK sold its sugar business to American Sugar Refining in 2010 and now operates as a separate company[5]) is the only importer of raw cane sugar to the UK. The UK’s other sugar producer, British Sugar, uses sugar beet, grown domestically in the UK. British Sugar are the sole processor of domestic sugar beet and a part of the global company AB Sugar, itself a subsidiary of Associated British Foods[6] who also owns Primark. British Sugar Plc produces around 1.2 million tonnes of white sugar every year. 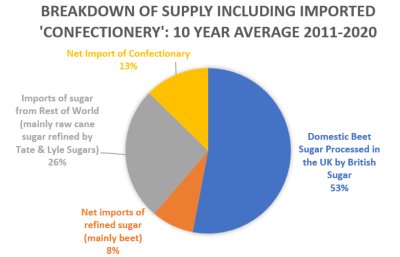 What is sugar beet doing to our soils?

There are some home truths about sugar beet production in the UK that need to be brought to the surface (to the topsoil, if you will).

To be clear, sugar cane is no kinder to the land it is grown on; cane causes soil erosion too as well as using more water and pesticides than growing beet.

What is sugar doing to our health?

Shops, cafés, garages, schools, hospitals and workplaces are full of cheap, sugary products, which are detrimental to our health yet pretty much impossible to avoid.[11]

How can we reduce sugar consumption?

So, we eat too much, we sell too much, we grow too much, and we import too much sugar. Whilst there are some Government policies in place to reduce sugar from the demand side, such as the soft drinks industry levy, voluntary sugar reduction programme and advertising restrictions, there is a gaping hole in the Government obesity strategy[12] because the availability of sugar is not addressed.

Why are demand and supply side policies not linked?

This is a question that has been asked by those working in public health and food policy for many years, yet government have thus far refused to price in the the true cost of sugar production to society. Cynically, I would suggest, they are following the money. Tate & Lyle Sugars sponsored the lanyards at the 2017 Conservative Party conference, which at the time, saw a public-health eye-roll that measured 8.9 on the Richter Scale. This lack of joined-up policy was repeated in the infamous ‘Eat Out to Help Out’ scheme, subsidising fast food giants, just as the evidence starkly revealed an increased risk of severity of Covid-19 for those living with obesity. Surely subsidies should be channelled to more sustainable forms of food, agriculture and improving health?

What do we need in terms of action on sugar?

Sugar production is harming the environment and sugar consumption is harming our health.  As well as reconsidering the sugar we eat, it’s time to reassess the role of sugar beet in our fields.

Action on Sugar is a group of specialists concerned with sugar and its effects on health. It is successfully working to reach a consensus with the food industry and Government over the harmful effects of a high sugar diet, and bring about a reduction in the amount of sugar in processed foods.

Feedback is an environmental campaign group that works to regenerate nature by transforming our food system. We expose systemic problems that have led to the environmentally and socially unsustainable use of resources within the global food system.

We believe that securing nutritious, delicious food for all can and should go hand in hand with regenerating our planet. Our Too Much of a Bad Thing campaign highlights the need to scale down the use of good soil to grow sugar in the UK and for Government to address high sugar consumption through supply-side policies.

What can you do to support?

We will be releasing a series of factsheets in the coming months exploring the specific parts in more detail, so watch this space and sign up to our newsletter for updates.

[3] Based on a simple calculation multiplying the estimated UK population in 2017 of 66 million by 10.95kg (30 grams per day over the course of a year), rounded to the nearest 0.1 million tonne. Adjusting these figures for the number of young children in the country would lower this recommended amount further. https://foodresearch.org.uk/publications/sugar-brexit-supply-side/

[10] Feedback (2019) Too much of a bad thing; the misuse of land and soils to grow sugar. https://feedbackglobal.org/wp-content/uploads/2019/11/Too-much-of-a-bad-thing-the-use-and-misuse-of-land-and-soils-to-grow-sugar-Feedback-2019.pdf 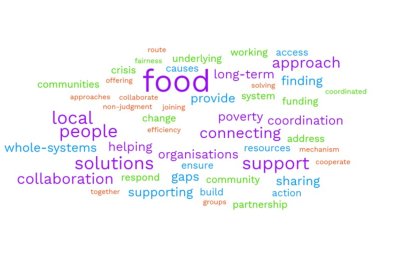 Holly Gabriel RNutr (Public Health) has worked as Nutrition Manager for Action on Sugar, a member of the Sustain alliance. Holly joined the Action on Sugar team in May 2018, where she was responsible for driving all Action on Sugar priorities to ensure the government commits to an evidenced-based obesity strategy and that it is implemented effectively. Holly also project managed Sugar Awareness Week and was a media spokesperson. For enquiries relating to this blog and initiative, contact: h.burt@qmul.ac.uk.