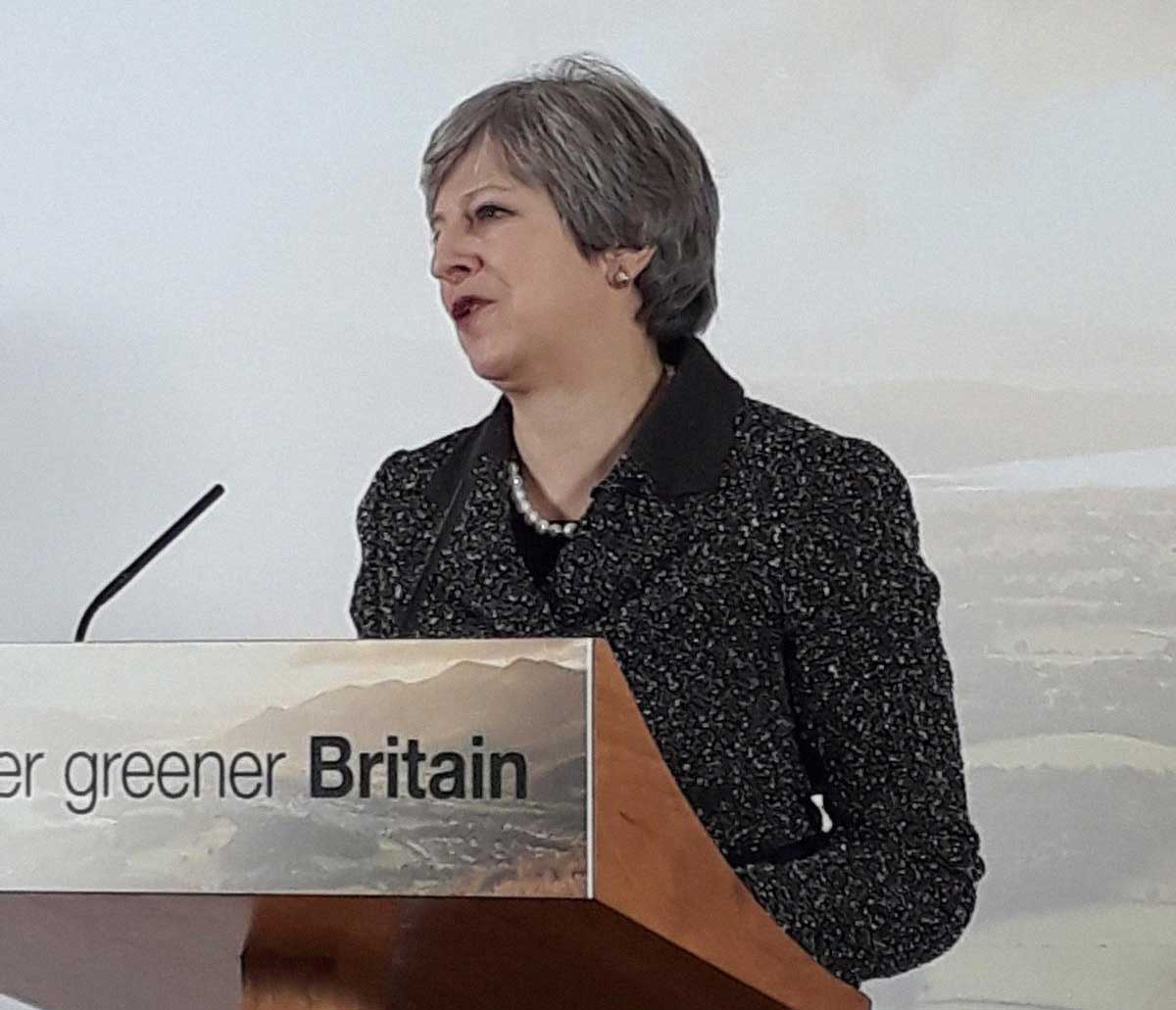 The much trailed environment plan has been anticipated in much the same way as the Stone Roses Second Coming. Although not five years in the making, there was still the suspicion that the plan was going to struggle to please the fans.

The fans in this case being the environmental movement, who it is fair to say have largely been impressed with the Government's noises on these issues, notably since Gove took charge of Defra, but eager to see the detail nonetheless.

The unveiling today of the Government's Environment Plan, at the London Wetland Centre has been preceeded by some big hits in recent months: bans on neonicotinoids and microbeads, amongst other plans to reduce plastics, all which will undoubtedly help birds, bees and the marine environment. But whilst this plan was high on concept, the detail was lacking. Think Sergeant Peppers or OK Computer but without the anthems.

Most notably from Sustain's perspective was an almost complete omission of food and farming from the speech. We heard the reference to the importance of our land and seas on what we harvest and eat, and positive noises about embedding, and extending, EU environmental legislation post Brexit, alongside a commitment that our new fisheries policies would put sustainability at their heart.

Perhaps the most genuine moment from the PM, aside from her personal commitments to recycling and bird boxes, was her rebuttal of the distinction between the environment and the economy, emphasising throughout the intrinsic link between the two, and how this Environment Plan would work directly with the Government's industrial strategy and clean growth strategy. But whilst other sectors were mentioned, energy and transport notably, the importance of a sustainable food and farming sector was overlooked. And this the single largest employer in the UK. And more crucial to today's topic the impact food and farming have on the environment.

Yes, we heard about coffee cups and plastic bottles smothering our streets and countryside, and food packaging suffocating the fish we need to manage carefully for the future. But the speech didn't really grasp how this is part of our food system, and that we need Government to lead coordinated action on what we eat, how we eat it and how it's produced.

Despite rumours from an earlier draft that climate change had been left out of the plan, this did get covered in the speech. However there was little recognition of the need to address our desire for unsustainable meat and the resulting devastation caused to the land, including rainforests cleared abroad, that we need to farm and grow feed for livestock. And indeed no recognition of the link between the decline in British biodiversity on land and sea, and the contribution to climate change emissions, that can be put at the door of a food system that fails to support good farming and fishing.

And then we came to Brexit. Considering the eloquence with which the PM conjured up how our cultural icons from Shakespeare to Stanley Spencer, Wordsworth to Attenbrough have so richly drawn from the British landscape and nature, a chance went begging to emphasise this link at this time where the country is questioning our own identity in Europe and as a Union. There was a real opportunity to go beyond blue passports and union jacks and stress how our environment, our landscape, shaped by food and farming, and celebrated by, and in turn an inspiration for, our rich cultural heritage, is the very heart of this national identity.

But where we heard of poetry we yearned for the policies to match. I had hoped for measurable commitments to the lark numbers ascending, to more wind power along with more willows, and to the rise in numbers of all creatures great and small.

But there was optimism in the room. A sense that this was just a framework for action to follow. It just better be a bloody good follow up album though.

What can we learn from the response so far to food vulnerability during Covid-19?

Food Power recently brought together over 100 people from food poverty alliances, food partnerships and other local networks from all over the UK....

As part of the Sustainable Food Places Day of Celebration and Action on 10th June, organised to acknowledge the amazing work of food partnerships...

Is our fizzy drink fix frying the planet? Yes, say Sustain’s climate and health campaigners. Cutting down sugar is a quick-win for cutting our...

Why food markets need to stay open to help us through this crisis.

As the country faces both a health and economic crisis, we need to support small food businesses...

In a speech at the Sustain alliance's AGM in December 2019, Sustain's Vice Chair Stephanie...

What could a Green New Deal mean for food and farming?

Call it a green new deal, green industrial revolution or what you will, the appetite is growing for...

Do we have the appetite to think beyond Brexit? Why the Government’s Food Strategy needs to fill the hole.

With Brexit having absorbed the rump of our politicians and policy makers’ time and energy,...

The Mayor’s policy on advertising takes us one stop closer to destination junk free London.

Today, London's transport network will bring in a ground-breaking new policy to address the...