Henry Dimbleby, independent lead on the National Food Strategy, is reportedly set to call for a junk food clampdown and reduction in meat production as part of a 'radical' overhaul of the food system. 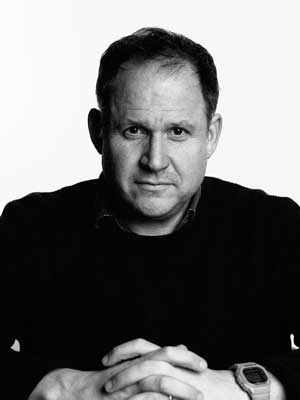 Industry representatives are reported to have been left 'shocked' by a 'hard-hitting' presentation delivered by Mr Dimbleby to the Food and Drink Sector Council, a formal industry partnership with government.

A source told The Grocer (£) that the NFS lead told them the food system needed a complete correction, with changes to how and what can be sold, what the industry looks like and how it is managed. "He was basically suggesting that our appetite tells us to like food which is bad for us; ultra-processed food, HFSS food and meat, and that it’s the industry’s fault for continuing to produce this sort of food. He also warned of the impact of climate change and of land use of the production of these foods. Dimbleby contends that some CEOs of big food organisations do understand it, but others don’t. It seems as if the report is going to be very radical. Just how radical came increasingly into sharp focus at the meeting."

They went on to say that the report was suggesting "a huge jump from where we are now to where he thinks we should be."

"Given evidence that countries with the highest levels of obesity have fared the worst during the Covid-19 pandemic, it is absolutely right that our National Food Strategy should come up with robust new levers to shift our whole nation towards a healthier and more nutritious food culture. The Soft Drinks Industry Levy has now demonstrated how a change in tax system can successfully trigger product reformulation whilst raising much needed revenue for the Exchequer. It's almost five years since that was first announced, so high time we look to go further, and explore where and how further fiscal and tax measures could disincentivise junk food culture, and instead make it more appealing to produce, sell and purchase healthier food and drink."

Mr Dimbleby was reported to have reserved some of his "biggest criticism" for intensive farming methods and the UK's excessive consumption of meat, linking it to climate change. He was also reported to have said that companies are failing if they are producing food that is fundamentally bad for us.

Earlier this month Sustain released a report (Trick or Trade) flagging the risks to the national obesity plan from future trade deals. You can read that here

The second part of the National Food Strategy is expected in July. You can read the first part here.